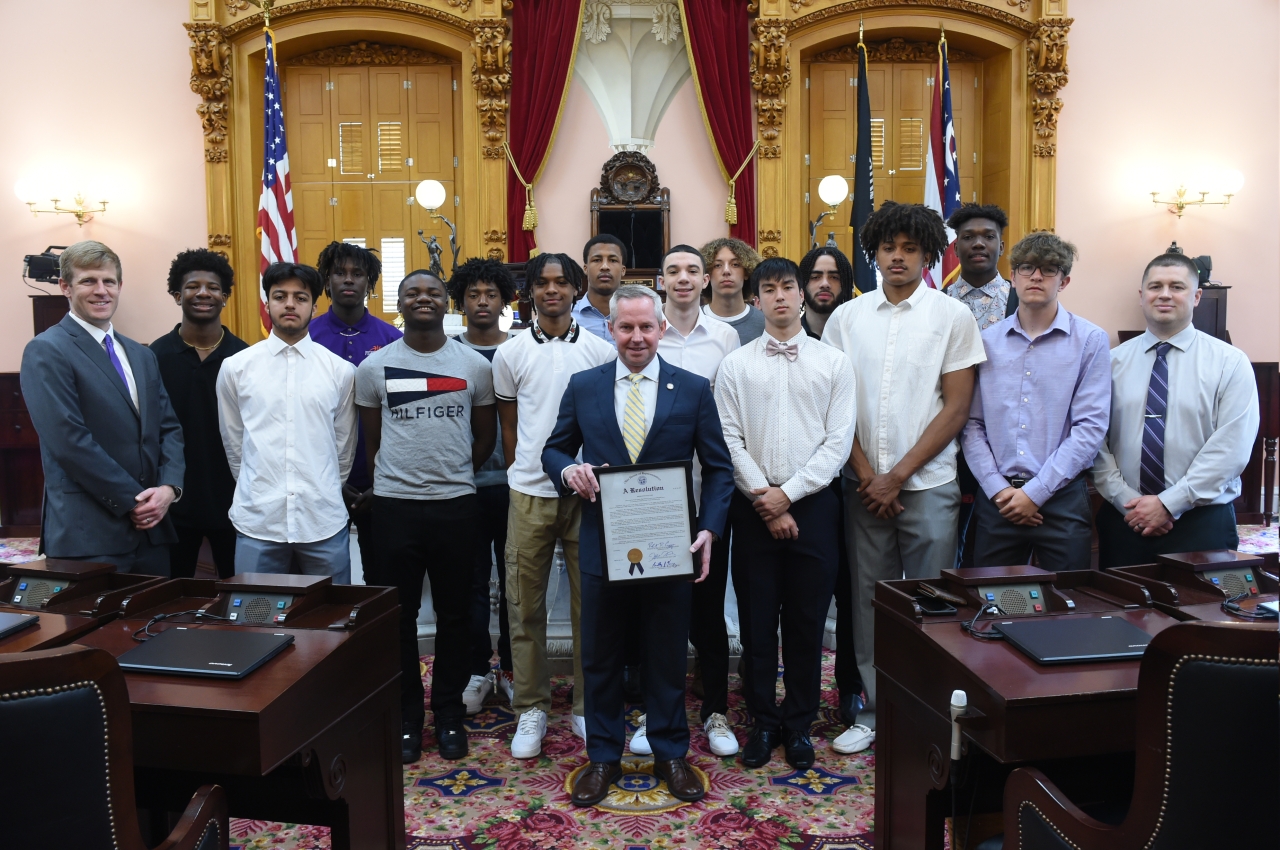 Representative LaRe presented the resolution to the team in the House Chamber, where the team was also recognized by the Ohio House of Representatives for their achievement during their session.

“I know I speak for the community when I say how proud we all are of their accomplishment and I look forward to continued success for both those returning to the team and those moving onto the next chapter of their lives,” said LaRe.

The Pickerington Central Tigers defeated the Centerville Elks by a score of 55-48 in the state final held at the University of Dayton Arena on March 20, 2022.