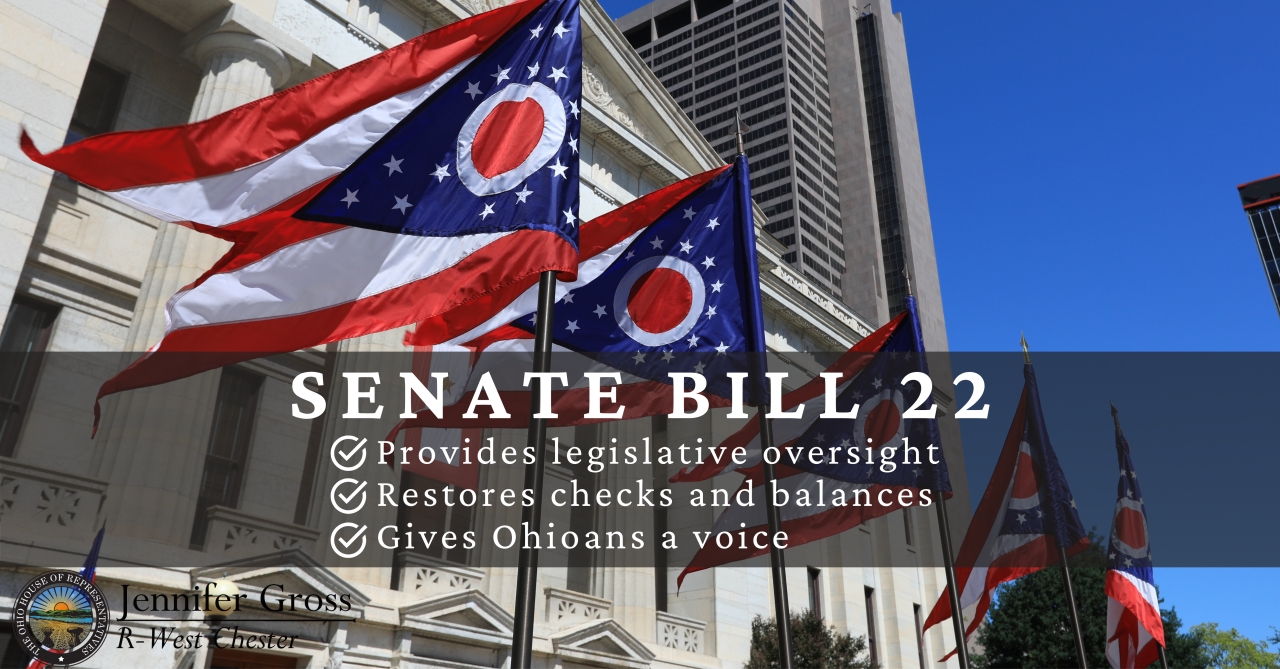 “Proper checks and balances are vital to the functioning of our government,” said Gross, who co-sponsored the bill. “This common-sense legislation ensures the voices of Ohioans are heard and provides greater government transparency.”

Provisions in the bill give the legislature the ability to oversee orders issued by any department under the administration in response to public health emergencies. Orders may be extended or rescinded by the General Assembly.

The measure passed the House by a vote of 57-37 and received final approval from the Senate during yesterday’s session.