State Representative and Ohio House Armed Services and Veterans Affairs Chairman Haraz N. Ghanbari (R-Perrysburg) held the first committee meeting where he honored Prisoners of War (POWs) and those service members who are Missing in Action. 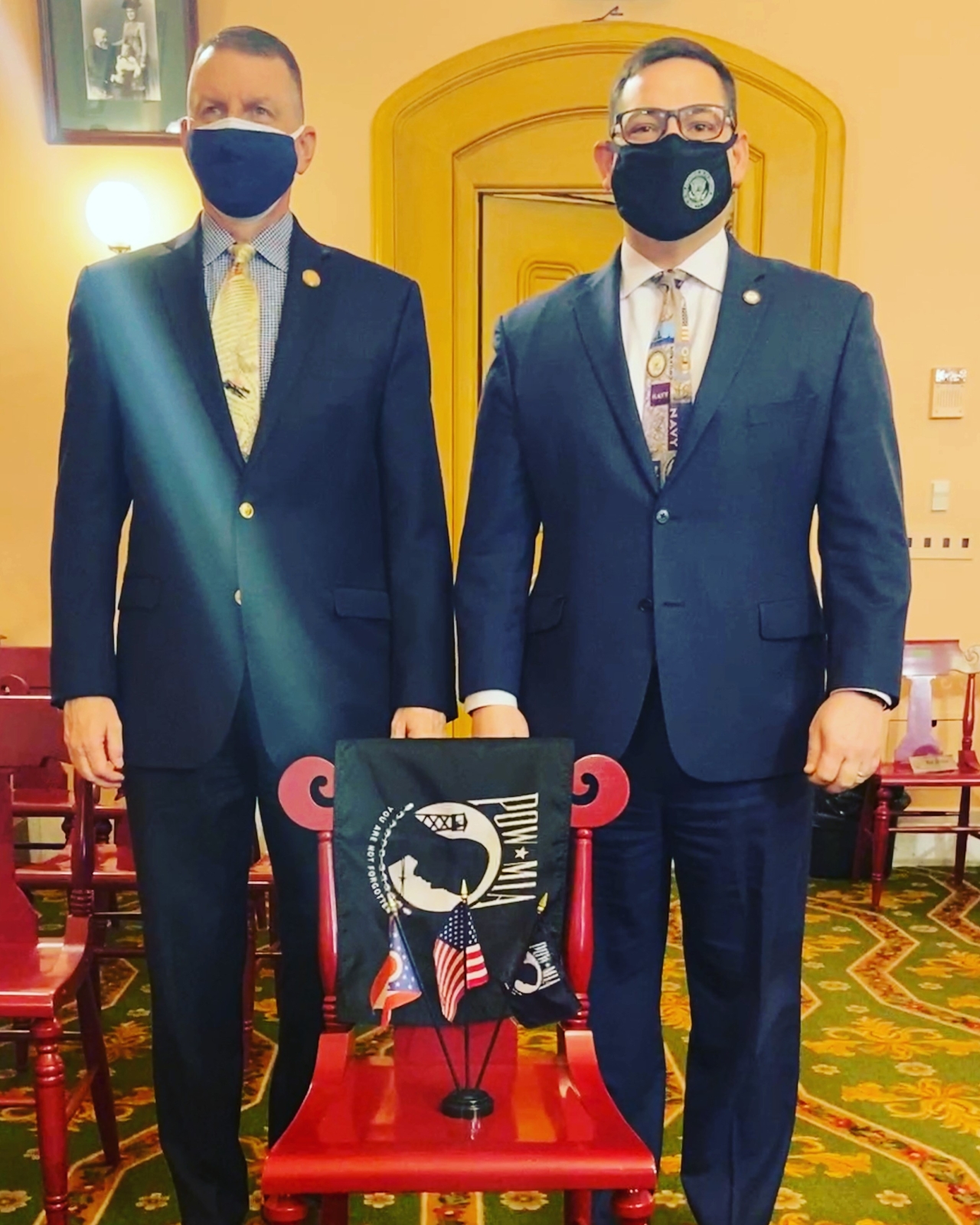 As chairman, Ghanbari decided to have a permanently unoccupied chair in a location of prominence and honor during committee meetings to remember our nation’s POWs and those who are MIA.

“This empty chair shall serve a constant reminder that we shall spare no effort to secure the release of any American Prisoners of War from captivity, and the repatriation of the remains of our Missing in Action and those who died bravely in defense of liberty, and that our nation shall provide a full accounting to the families and loved ones of those missing in action,” Ghanbari said.

Ghanbari also thanked Ranking Member Adam Miller (D-Columbus) for his service and support on the committee. Miller is a Colonel in the U.S. Army Reserve Judge Advocate General (JAG) Corps.

The committee heard testimony on House Bill 29, which permits Ohio law to match federal law in allowing members of the National Oceanic and Atmospheric Administration (NOAA) and the Space Force the ability to obtain veteran ID cards.

Additionally, near the end of the meeting, Ghanbari called for bipartisanship amongst the members of the General Assembly.

Inducted into the Ohio Veterans Hall of Fame in 2018, Ghanbari has nearly two decades of military service combined between his Army and Navy service. He is currently a lieutenant commander in the Navy Reserve.

“There is no partisan way to take care of our veterans,” Ghanbari added. “And so I look forward to working collaboratively with each and every one of you on ideas that we have.”