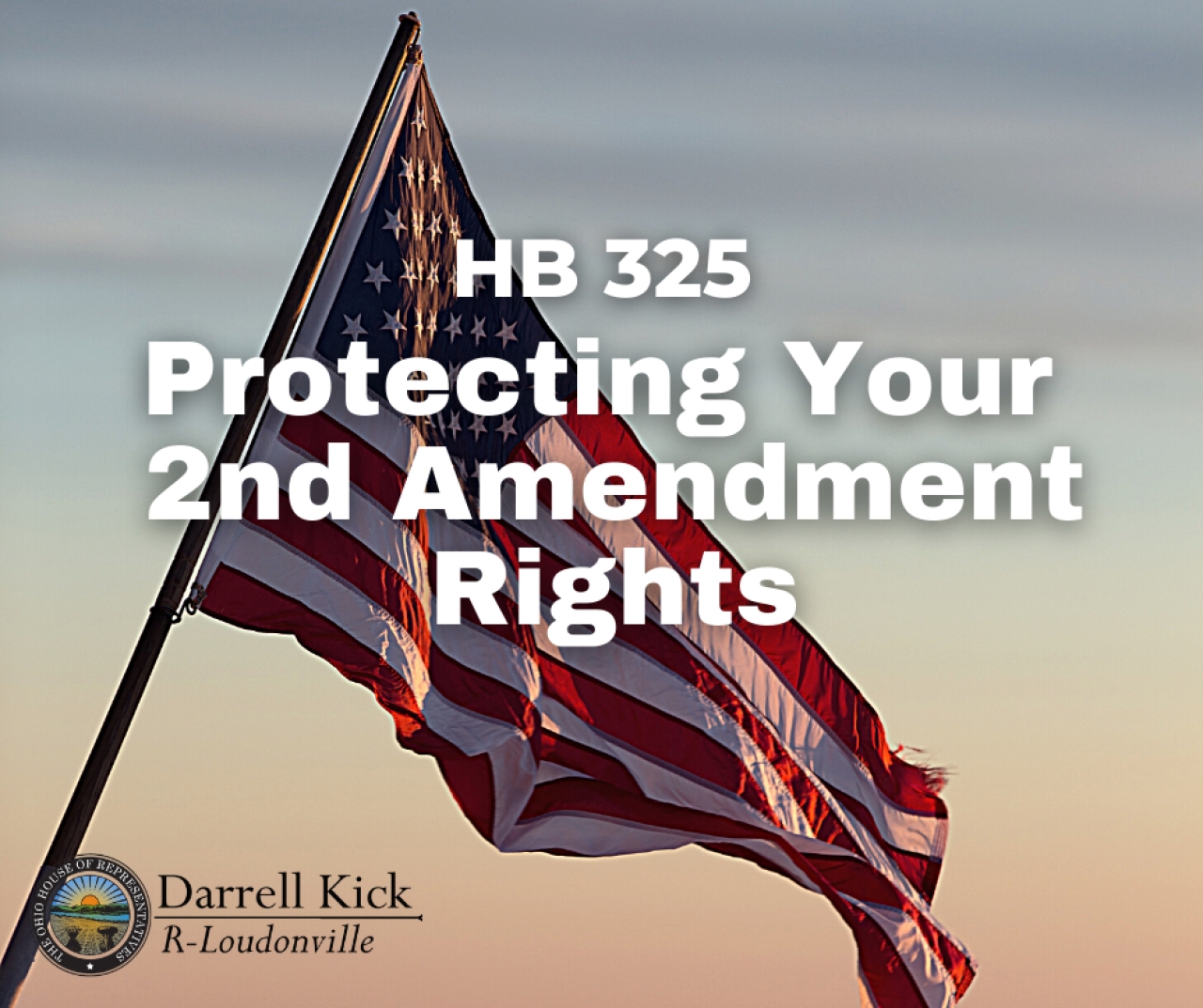 COLUMBUS – Wednesday the Ohio House of Representatives took a vote on legislation that ensures Ohioans 2nd amendments rights are protected.

The measure, House Bill 325, clearly states that no government official can use an emergency declaration to close firearms dealers or restrict the lawful ownership of firearms.

“I will always fight to protect your second amendment right and House Bill 325 is an important piece of legislation that I am proud to have voted for,” Kick said.

House Bill 325 clearly states that firearms businesses are essential, prohibiting the use of emergency declarations to shut them down. The bill also ensures that government officials cannot use an emergency declaration to prohibit, confiscate or require the registration of firearms and ammunition.