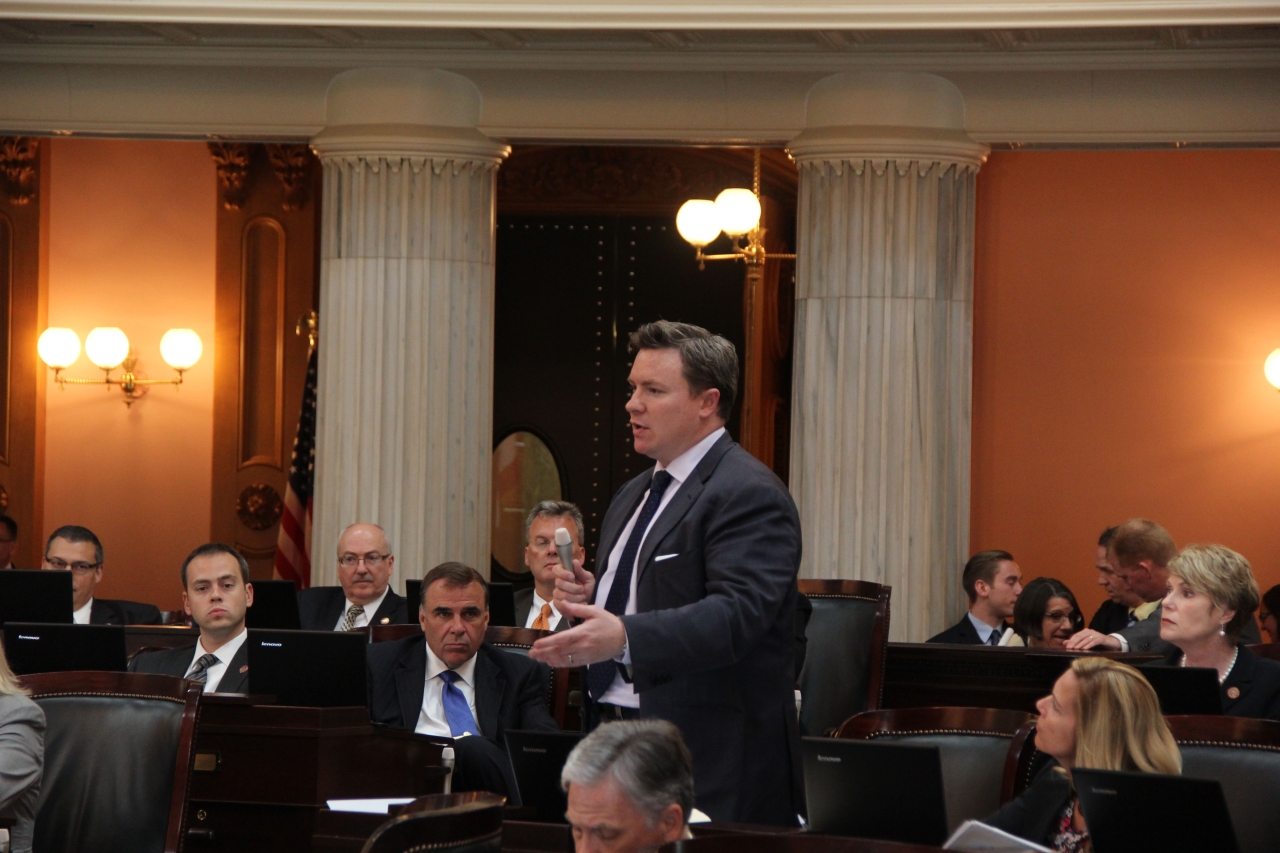 The Ohio House of Representatives today passed House Bill 37 with broad bipartisan support. HB 37, sponsored by State Representatives Mike Duffey (R-Worthington) and Michael Stinziano (D-Columbus), will help the many small businesses located in Central Ohio’s historic North Market by allowing a person to possess beer or liquor on the premises without violating Ohio law if the beverage was purchased by a qualified permit holder in that market.

“The North Market is central Ohio’s most iconic food destination and the birthplace of entrepreneurs from Jeni’s Spendid Ice Creams to Hot Chicken Takeover,” said Rep. Duffey. “Allowing patrons to enjoy a refreshing beer with a meal will put the North Market on an equal footing with local grocers and help ensure that this nonprofit remains financially successful.”

Established in 1876, the North Market now has more than 30 merchants who provide an international selection of food and artisan products located in the heart of the Short North/Arena District neighborhood of Columbus. HB 37 will hold the North Market to the same standards as other area supermarkets who host beer and wine tastings, already prevalent throughout the state.

The North Market has successfully pulled permits for years to serve beer and wine for special events, but would now be allowed to serve these beverages on a regular basis.