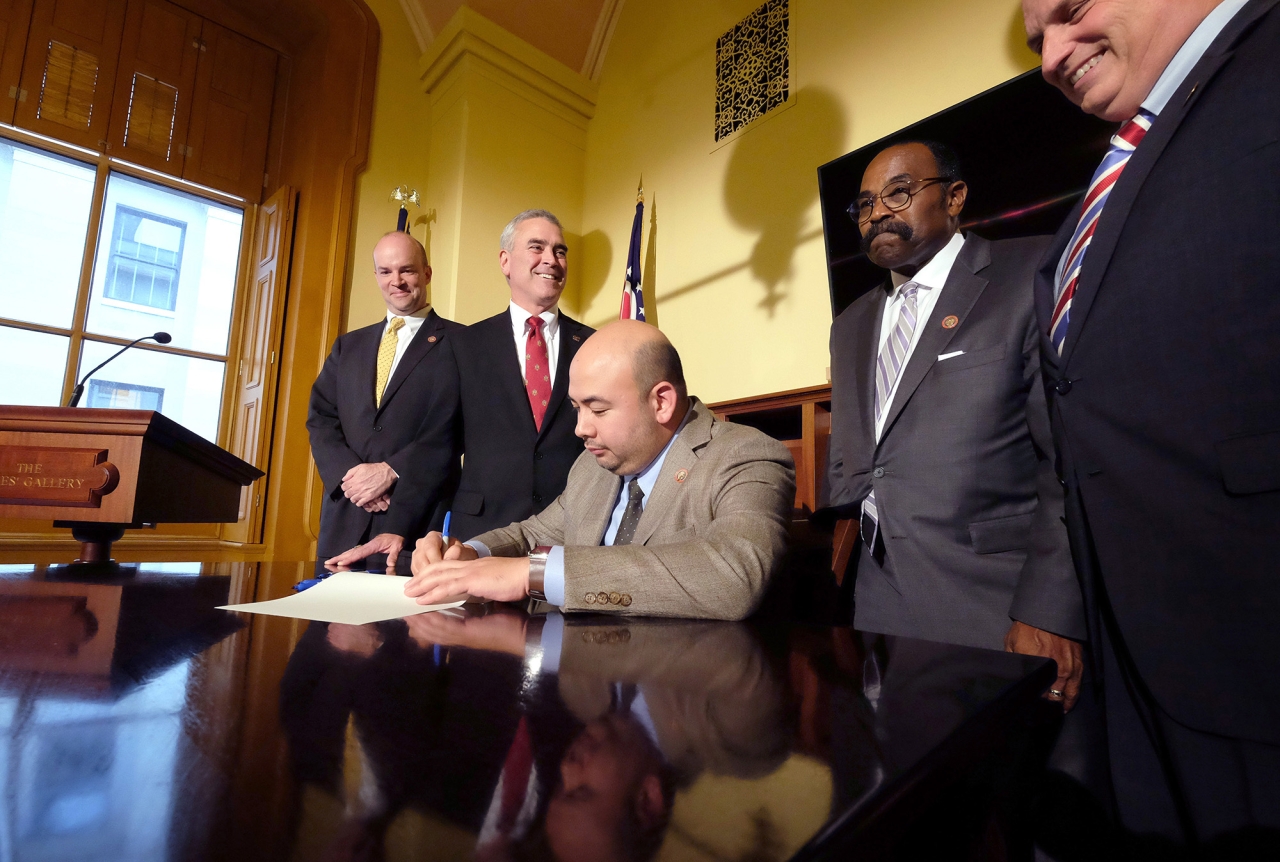 Jointly sponsored by Speaker Rosenberger and Rep. Johnson, House Bill 244 works to honor those individuals who have served both in the armed forces and as police officers or other first responders. It was officially concurred upon by the House late last month.

“It was an honor to join Congressman Wenstrup and Rep. Terry Johnson today, who are both veterans themselves and have served this country admirably,” Speaker Rosenberger said. “On the eve of Veterans Day, it is especially important to thank those who have served both in uniform and out in their communities as peace officers or first responders. House Bill 244 was an effort to ensure that these folks are recognized and that they know how grateful we are for their sacrifices and service to America.”

Rep. Johnson joined Congressman Wenstrup at two other special events today in Cincinnati and Portsmouth to honor veterans who have served in uniform as well as in their communities as peace officers or first responders.

“During my years in the military, I was impressed by the large number of service members who were also police officers, first responders and other servants of their civilian community,” Rep. Johnson said. “I am taken by the great sacrifice of these people and their families. This day is to honor those who are twice the servants and continually serve abroad and at home.”

Congressman Wenstrup recently took similar steps at the federal level to recognize these individuals. He introduced the Dual Service Recognition Day resolution in the U.S. House of Representatives last week.

“Many of our veterans have worn more than one uniform in service to our country and their community,”  Congressman Wenstrup said. “It is particularly fitting for us to recognize these individuals who are twice the servant, placing themselves at risk to defend the United States in our armed services and sacrificing to protect and serve communities as a peace officer or first responder. Dual Service Recognition Day is a small effort to recognize those who run towards danger as part of their daily job.”