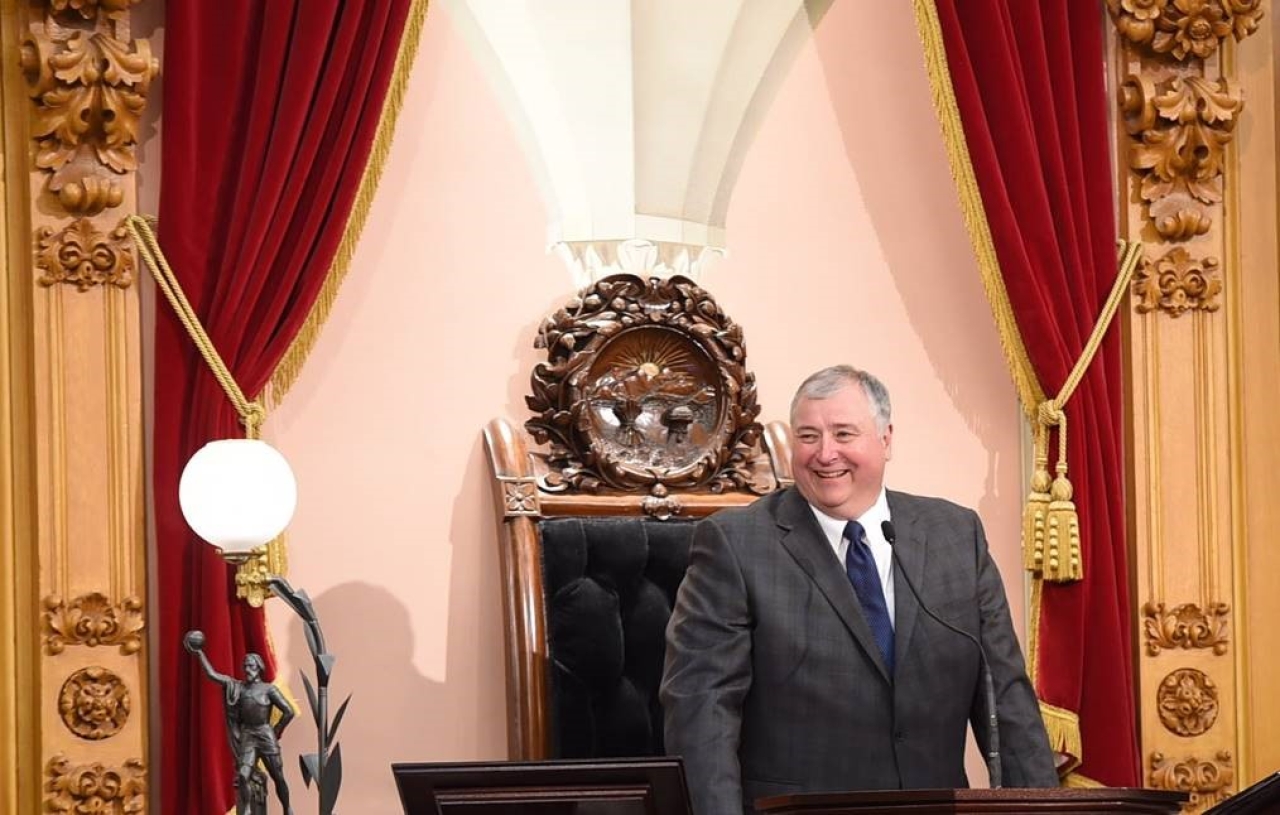 In nominating Householder for Speaker on the floor of the House chamber, Representative Scott Oelslager (R-North Canton) said, “Having served with Representative Householder while he was Speaker, I observed his strong leadership abilities to guide this chamber.”

Seconding Oelslager’s nomination on the floor, Representative Jim Butler (R-Oakwood) said about Householder, “He’s not afraid to take up big ideas, no matter where they come from.” Ohio Supreme Court Justice, Patrick F. Fischer, administered the oath of office to Speaker Householder immediately following the election.

Addressing the House of Representatives, Speaker Householder said “I like to take a bipartisan approach.” He went on to say, “We represent every single man, woman and child in, what I believe to be, the greatest state in the United States – the state of Ohio.” Speaker Householder stressed the importance that the people’s house embody the will of Ohio’s citizens and work towards building a better future for all Ohioans.

“There’s a lot of work to be done for the people of Ohio,” said Speaker Householder. “We were elected to get the job done and make this state the best it can possibly be. Our children, our grandchildren, and everyone who calls Ohio home, now and in the future, are counting on us to make the big decisions and set the policy priorities that will move Ohio forward.”