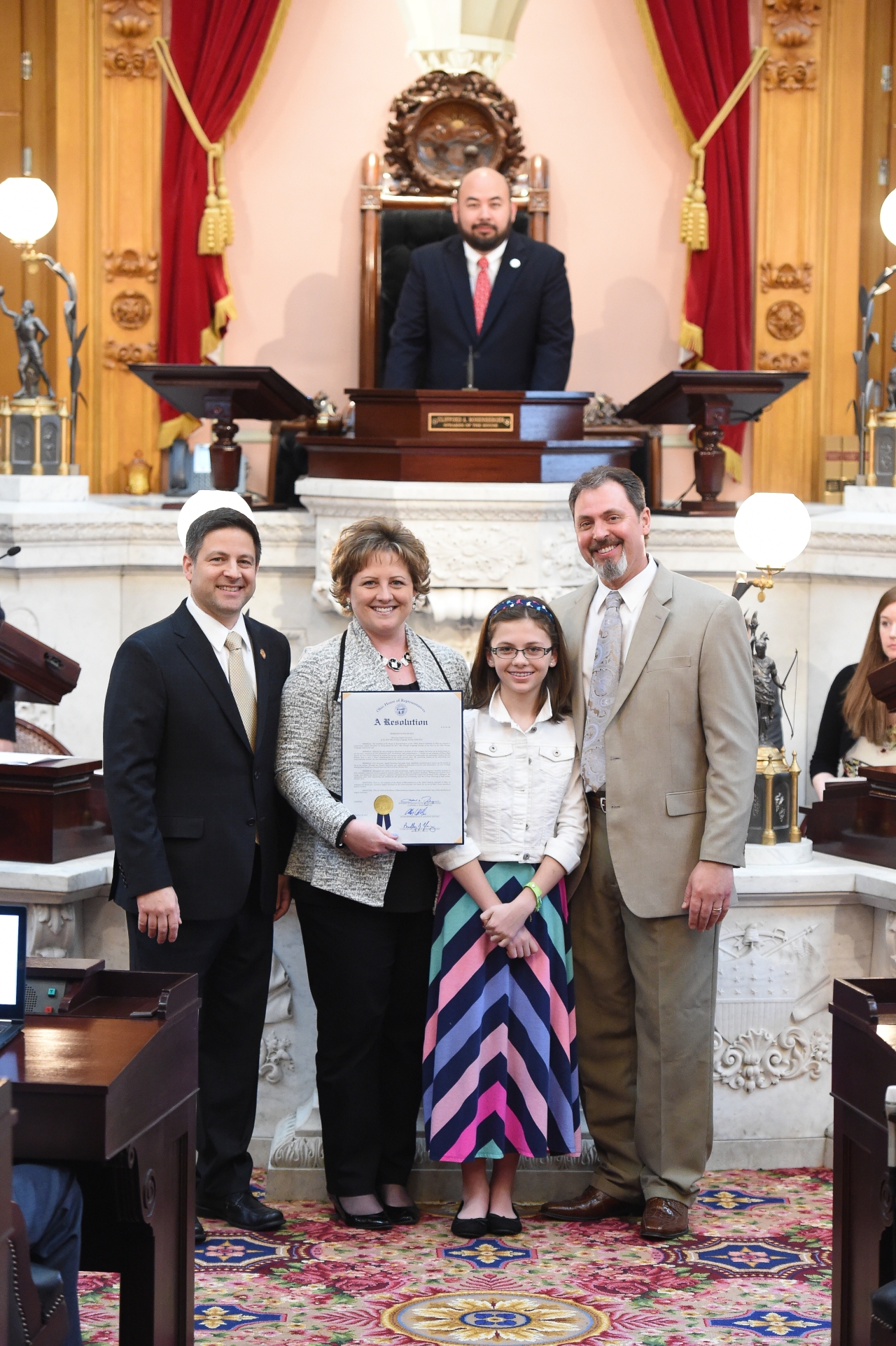 Garritano is in her 16th year of teaching and has taught Spanish at Akron City Schools, Hudson Middle School, and Green Local Schools, where she graduated in 1991. She earned her B.A. in Spanish, M.A. in Spanish literature, and M.S. Ed. in secondary education, all from the University of Akron. Garritano completed student-teaching in Guadalajara, Mexico and has traveled abroad with students to Europe and Costa Rica. She has a trip to Spain planned for next year.

Garritano is the school’s World Languages Department chair and currently teaches Spanish III, Spanish IV, Advanced Spanish Grammar, and AP Spanish Language and Culture. She embraces technology and uses Google Chromebooks in her classroom to connect students to the Spanish world. She also uses Spanish music in her lessons and focuses on making global-citizens of all her students.

“Described by many as energetic, Angie Garritano is a dedicated teacher who is truly deserving of this award,” said DeVitis. “Her passion for the Spanish language and culture is evident in the quality of her teaching and ability to engage her students.”

Many of Garritano’s former students have earned degrees in Spanish and have gone on to become Spanish teachers themselves.

Garritano represented Ohio in the Regional Teacher of the Year competition which took place in Chicago earlier this month.