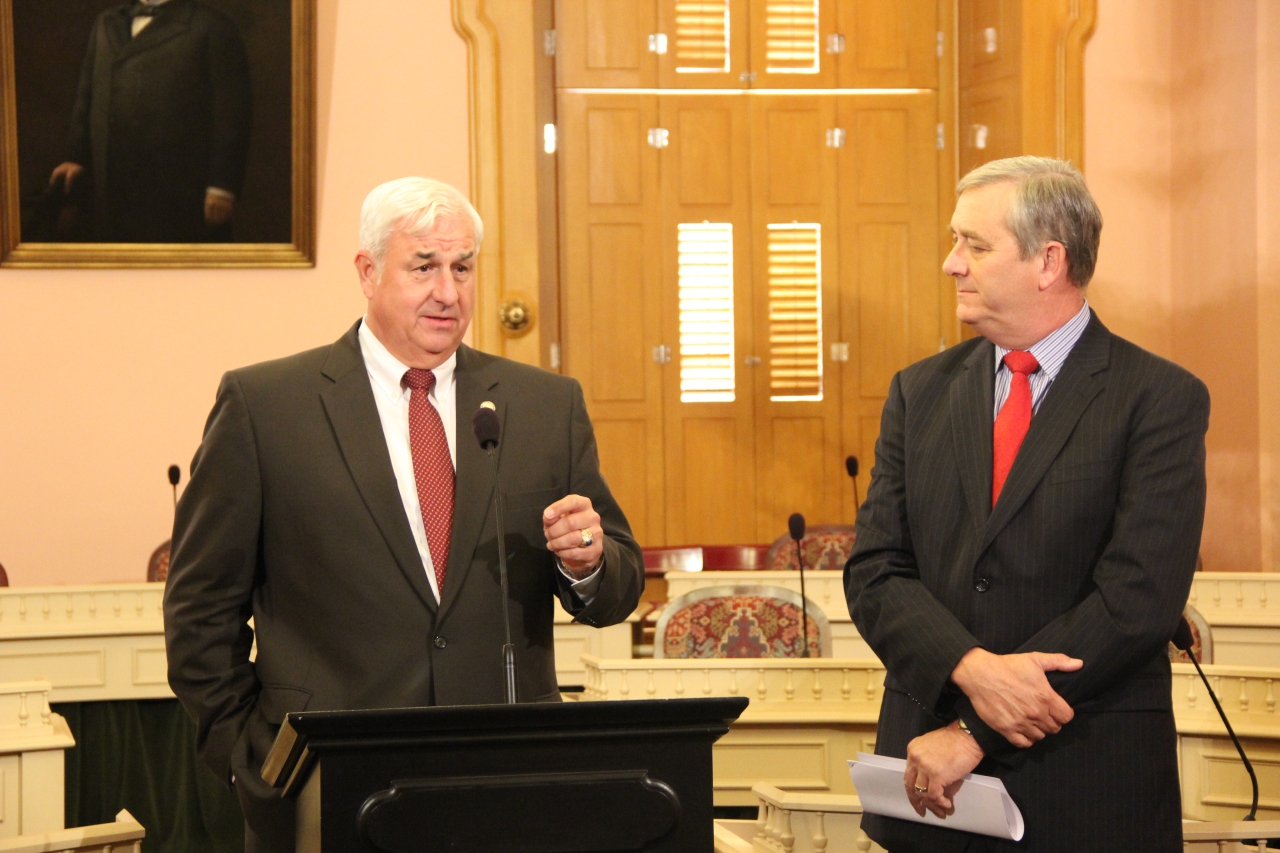 Rep. Lou Terhar (R-Green Township) today was joined by Ohio Auditor of State Dave Yost at a press conference to discuss the Financial Responsibility in Government Act, legislation that will require political subdivisions of the state of Ohio to balance their budgets, maintain actuarially funded municipal pension plans, and comply with the state’s constitutional obligation.

The proposed legislation will focus on financial requirements that would apply to three main areas:

2. Indebtedness undertaken by any political subdivision in Ohio must comply with the total indebtedness restrictions and funding requirements that are applicable to the State of Ohio.

“The bankruptcy of Stockton, California and more recent filing in Detroit serve as reminders that we should not leave Ohio’s political subdivisions open to this type of potential financial crisis in the future. Municipal bankruptcies hurt not only the city, but also negatively affect the economic health of the region. State resources would be stretched thin due to new unemployment claims, added health care costs and a whole host of social services. We in the General Assembly have an obligation to protect our constituents,” said Representative Terhar.

“The state itself is required by the Ohio Constitution to maintain fiscal prudence,” Representative Terhar continued. “It only makes sense that the political subdivisions have a similar requirement. Therefore, I am introducing legislation requiring Ohio’s political subdivisions to maintain fiscal prudence in the same manner as the state is required to balance its budget.”

The bill will be formally introduced during the General Assembly’s fall session.