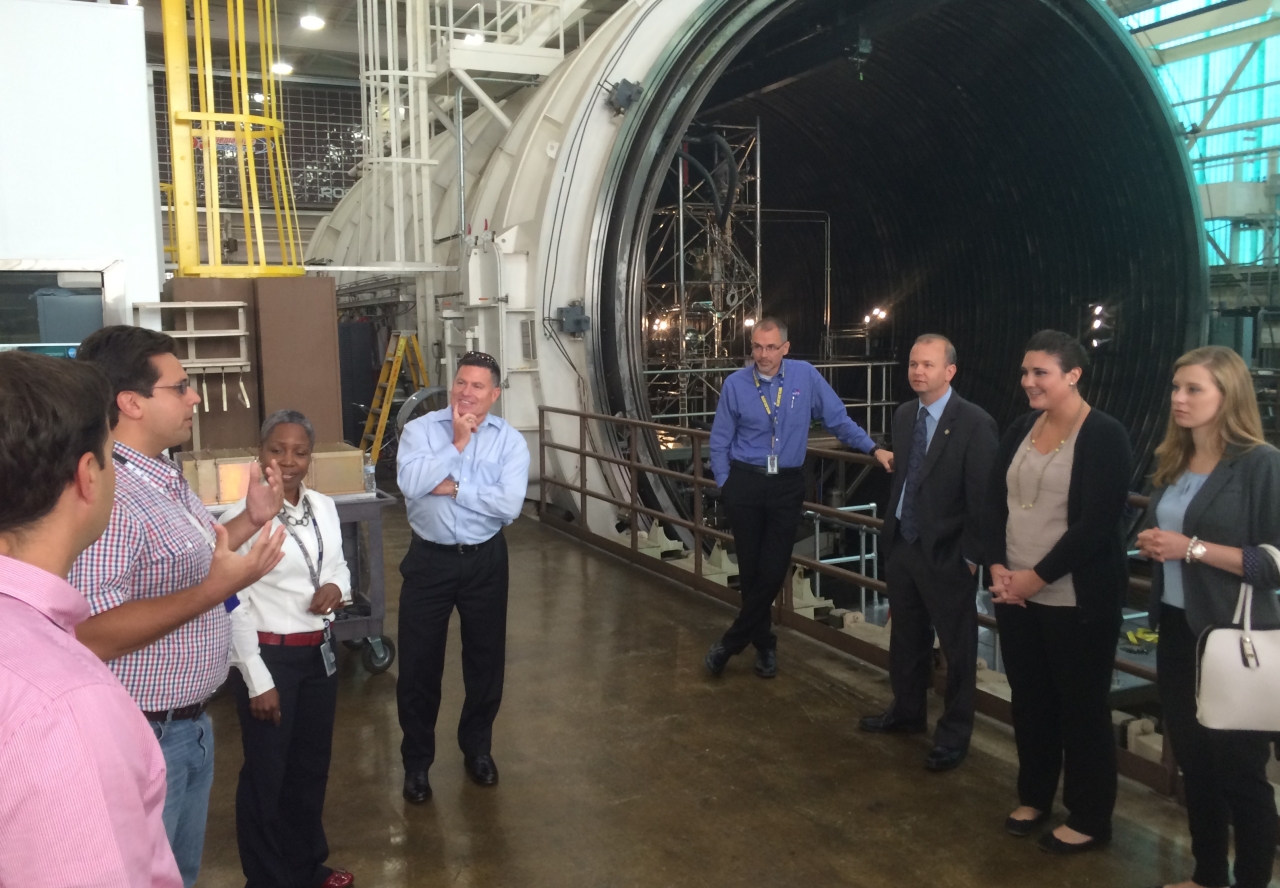 "As the Chair of the Ohio Aerospace and Aviation Technology Committee, I feel that it is our responsibility to expose Ohio's General Assembly to the world-class research facilities located right here in Ohio,” Perales said. “The best way to do that is to take them directly to the source. Director Jim Free and his team are doing incredible things here at the NASA Glenn Research Center (NGRC); to be clear the Research Center will play a key role in unifying the aerospace and aviation players in the state."

During the tour, House members were shown around the Center and had the opportunity to learn more about its history and the research and development it conducts. The legislators saw wind tunnels and vacuum chambers unlike any in the world. But the most significant theme of the day were the external impacts that it provides to the state and general public.

NASA Glenn Research Center has a $1.4 billion annual economic impact to the state of Ohio and employs more than 3,000 civil servants and contractors. Furthermore its research and development results in everyday public benefits when technologies are adapted to produce commercial products. Chevy is currently using topology mapping software developed at NASA to make drastic fuel efficiency improvements in its new cars.  The Cleveland Clinic is also using software developed at NASA to study fluid flow, in conjunction with MRI imaging, to visualize stresses in the human body.

According to its website, the Glenn Research Center was founded in 1941 and received its official name in 1999 after astronaut and former Ohio Senator John Glenn. Located on 350 acres and consisting of 150 buildings, the Center researches, designs, develops and tests innovative technology for aeronautics and spaceflight.

The Ohio Aerospace and Aviation Technology Committee was created last year through House Bill 292, sponsored by Perales. The committee strives to bring the state’s aerospace and aviation community together to develop a coordinated strategy to improve the industry’s economic opportunities, as well as elevating Ohio’s aviation and aerospace status in the country and world.