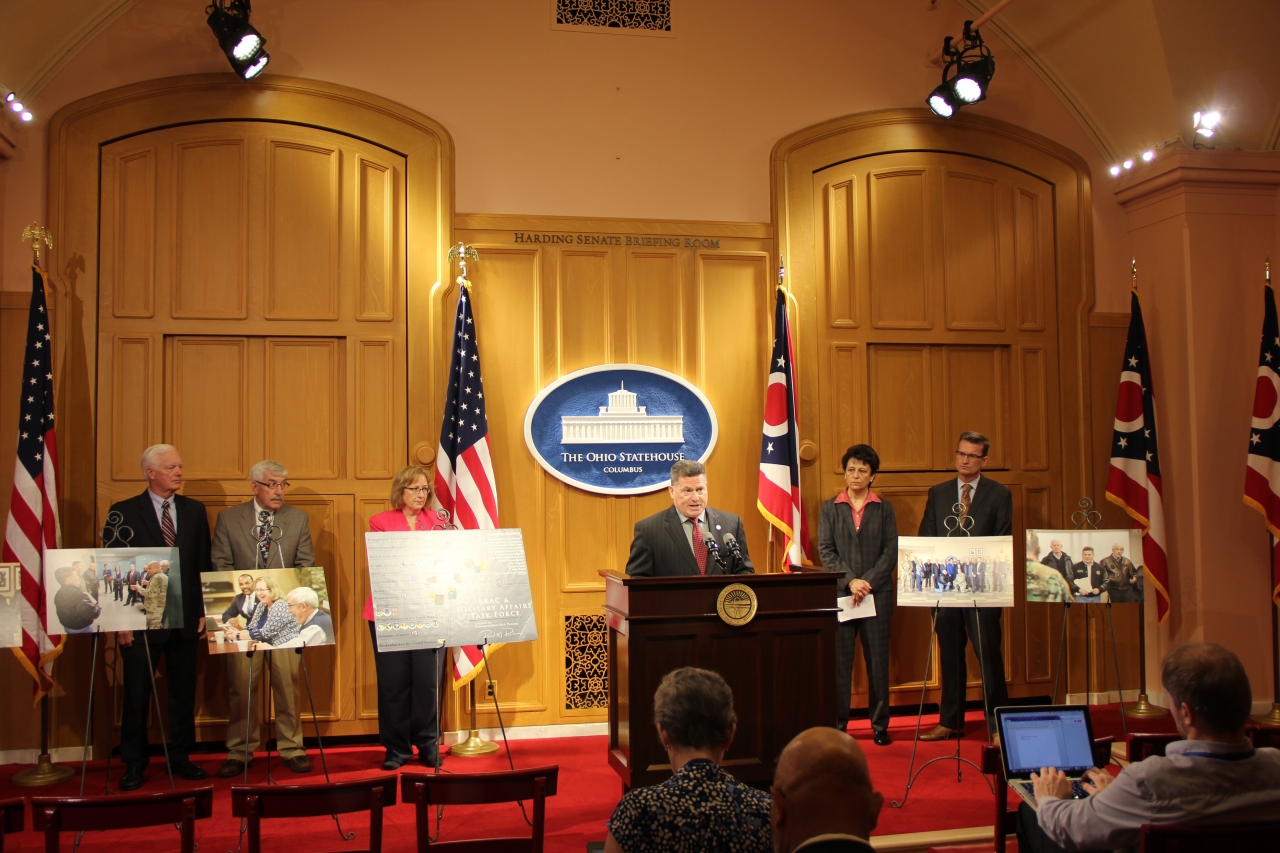 The Task Force, which met over the course of eight months and visited 13 different military posts around the state, unveiled their recommendations to help make Ohio a leader in military affairs for the nation. Central to the report are two recommendations: to create a state-level Office of Government and Military Affairs, and to create a funding line in the state budget for investments.

“Ohio needs an office of support that will wake up every morning knowing what is going on with our military assets here in Ohio and know what is going on in D.C.,” Perales said. “The newest version of this report captures all aspects of our Task Force activities across the state as well as supplemental material to show just how much of an impact our installations have on our great state.”

Rep. Perales has introduced House Bill 696 to establish the Office of Government and Military Affairs. The agency would report to the governor and be charged with developing a strategy for military installations within Ohio in order to maintain the number of jobs the installation provides, as well as to ensure continued funding for projects at Ohio military bases.

For a full version of the amended report issued by the BRAC and Military Affairs Task Force, click here.