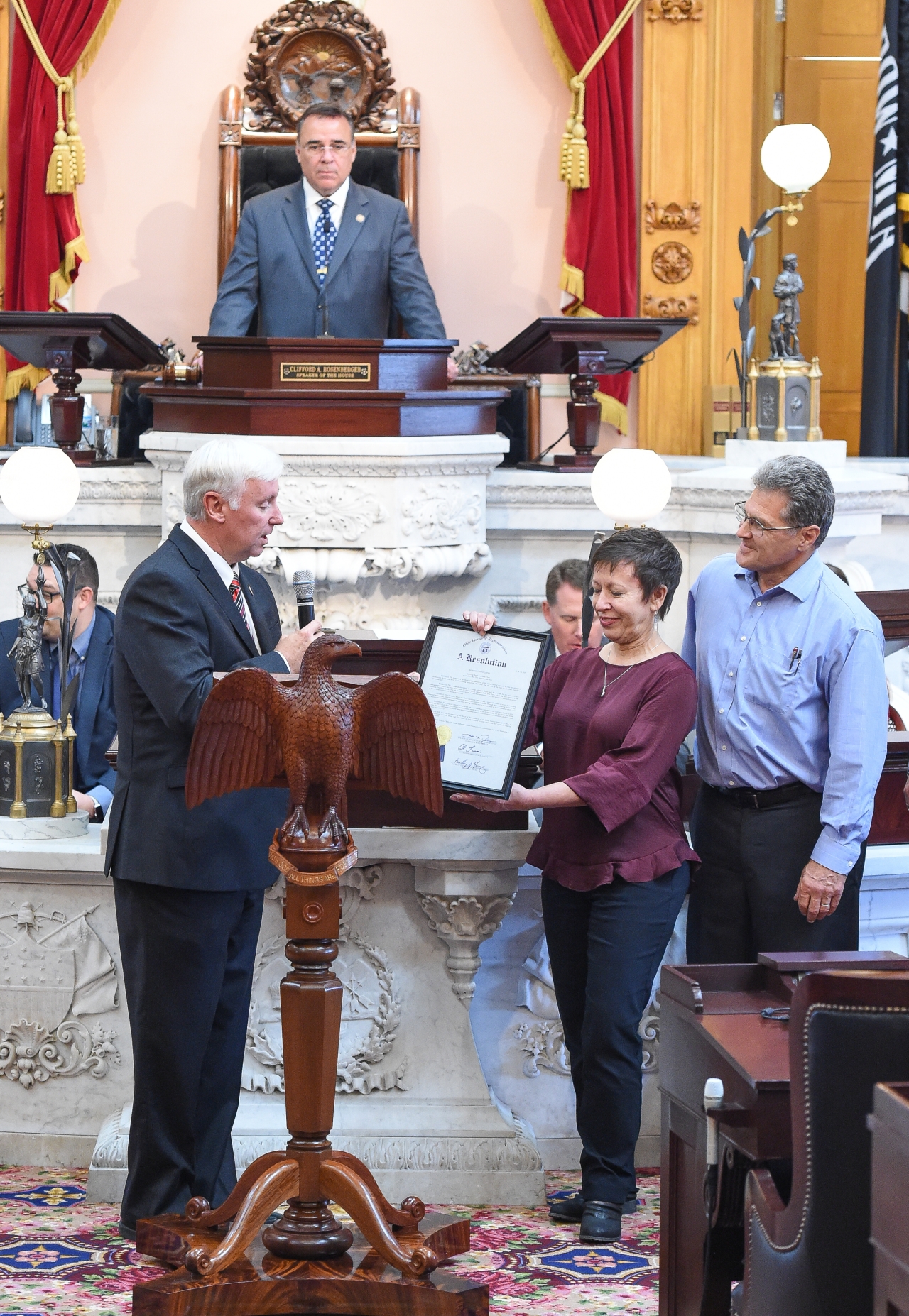 COLUMBUS—State Representative Al Landis (R-Dover) this week presented a House resolution to Randy and Koral Clum who were named the 2017 Ohio Tree Farmers of the Year.

Designated by the Ohio Tree Farm Committee, the prestigious award was presented to Randy and Koral Clum, who reside in Dover, for their forestry management practices on their Hepatica Falls Tree Farm in Washington Township, Harrison County.

“I was honored to recognize Randy and Koral for this award,” Rep. Landis said. “The Ohio Tree Farm of the Year is a recognition of excellent woodland stewardship. Randy and Koral have far exceeded the qualifications for this award through their immense passion for forestry and their many years of experience. It was my pleasure to bring them to the Statehouse to recognize them for this great accomplishment.”

As recently announced by the Ohio Department of Natural Resources, the Clums are community leaders in the promotion of best conservation practices for protecting Ohio’s vital natural resources. They have managed their tree farm for the past 24 years and are active in the East Central Ohio Forestry Association, the Society of American Foresters and the Ohio Chapter of the Association of Consulting Foresters.

Rep. Landis presented the resolution to the Clums during House session.