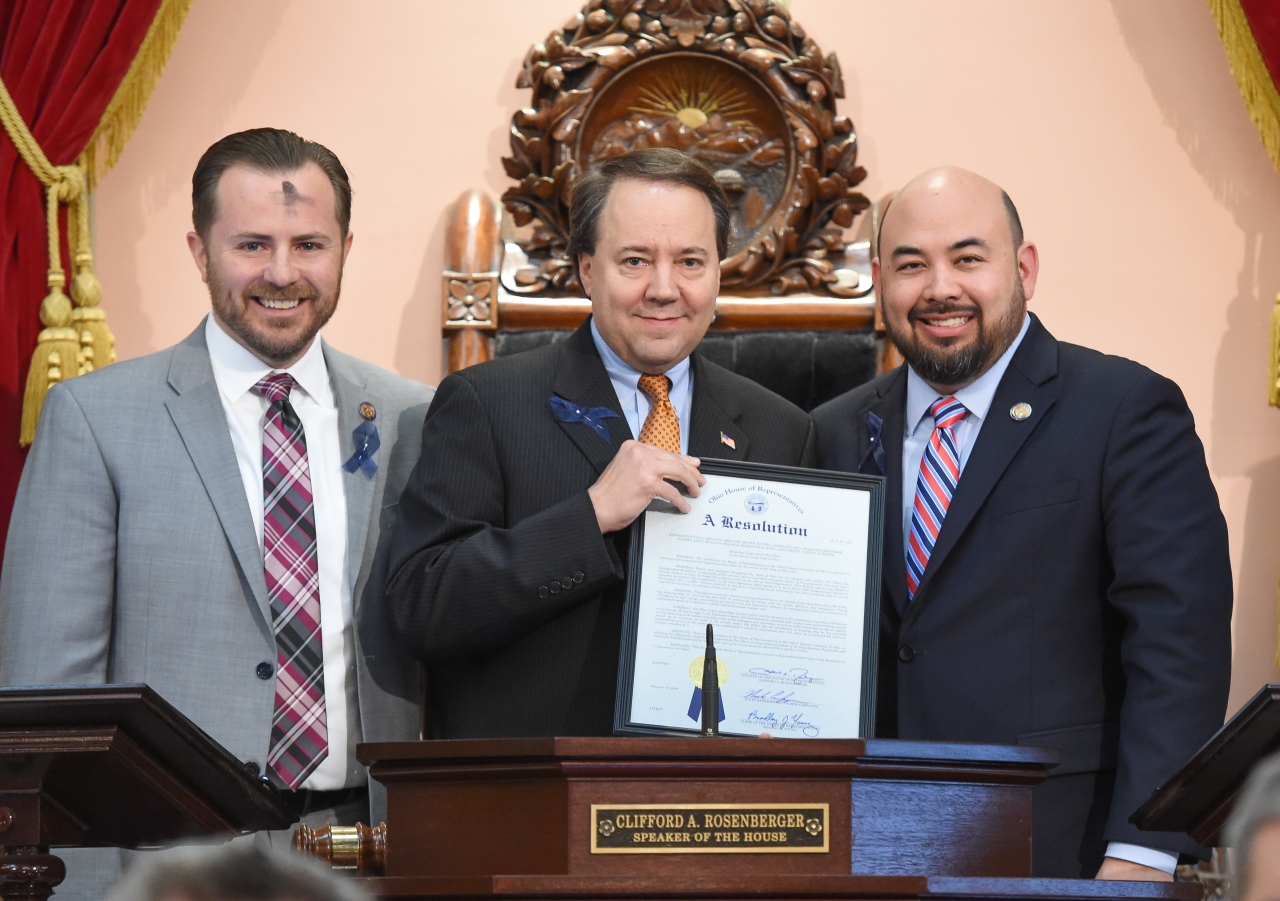 COLUMBUS—During today’s Ohio House session, State Representative Rick Carfagna (R-Genoa Township) honored Congressman Pat Tiberi for his service to the State of Ohio with a resolution on behalf of the Ohio House of Representatives. Tiberi resigned after 24 years of service to Ohio and represented Ohio’s 12th Congressional District. He was first elected to Congress in 2000 and served as the chairman of the Joint Economic Committee.

“Today we are proud to see Pat Tiberi come full circle by honoring him on the floor of the Ohio House where he launched his career as an elected official,” said Carfagna. “Pat has long been a steadying presence for our community, working tirelessly to help transform our region and helping to bring national credibility, relevance, and unimaginable degrees of prosperity to Central Ohio. In these polarizing times, Pat set a positive example for elected officials by leading collaboratively and with thoughtfulness, humility, empathy and professionalism. Today, I say to Congressman Tiberi, ‘Thank you for your service, job well done, and welcome home!’”

Tiberi began his career in public service in 1993 as a state representative.