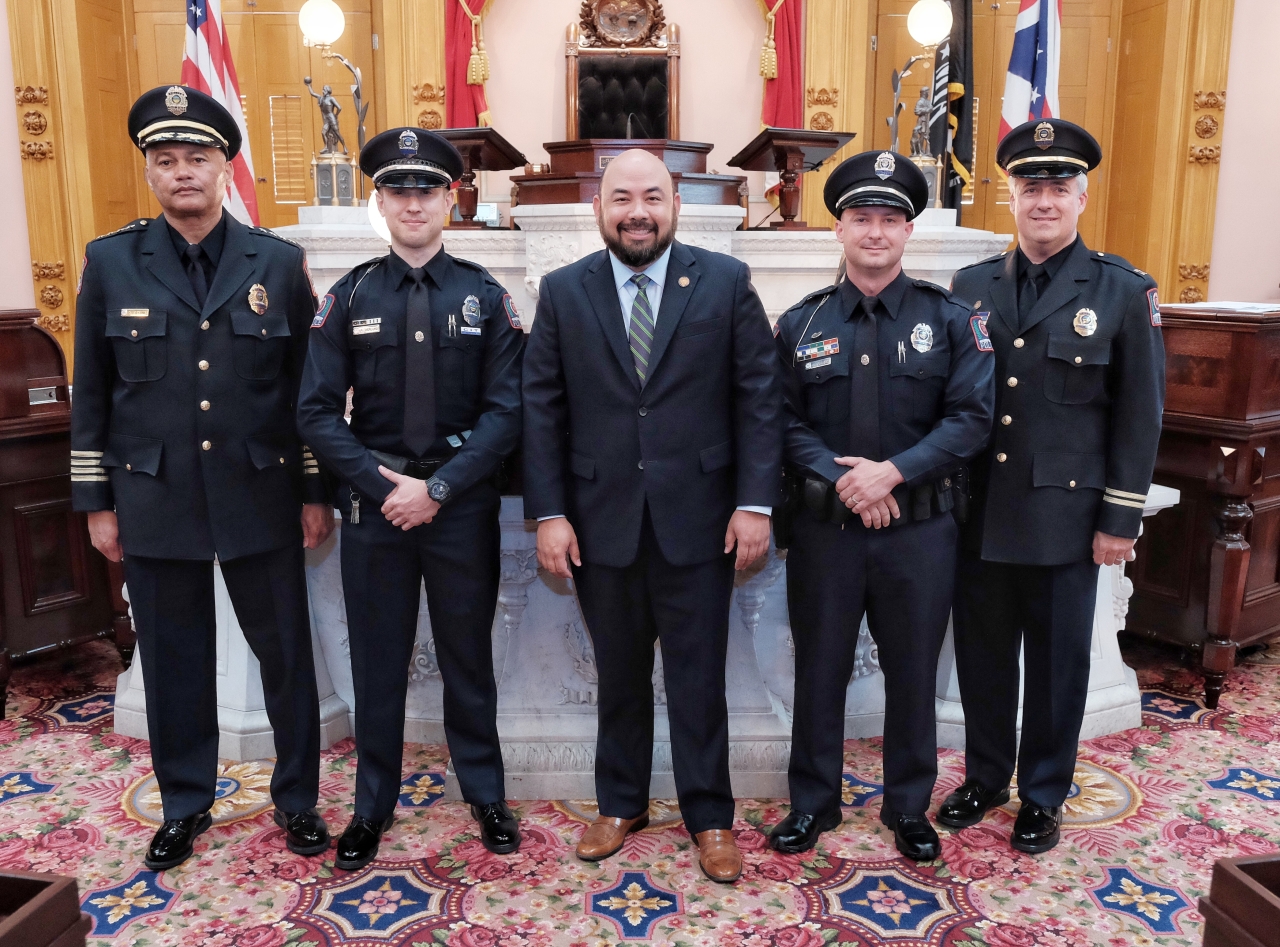 COLUMBUS—Today, Ohio House Speaker Clifford A. Rosenberger (R-Clarksville) together with State Representatives Mike Duffey (R-Worthington), Kristin Boggs (D-Columbus), and the delegation of Franklin County members presented an Ohio House resolution to Officer Alan Horujko for his outstanding act of heroism in the face of the terrorist attack at The Ohio State University on November 28, 2016.

When an attacker drove his car into a crowd and went on to stab individuals with a knife near Watts Hall, Horujko promptly responded to the incident by fatally shooting the assailant in the span of a minute, averting further harm to the university community. Horujko had been responding to a call regarding a gas leak in the area when the attack occurred.

“It was a privilege to recognize Officer Alan Horujko for his swift and effective actions against a heinous and reckless terrorist attack on Ohio State’s campus last fall,” said Speaker Rosenberger. “Because of his due diligence to the university and the people of Columbus, he was able to prevent further violence by taking on the assailant within a minute of the attack. I thank him for his bravery and service.”

Horujko attended The Ohio State University, graduating in 2012 with a Bachelor of Arts in security and intelligence and a minor in business. He entered the Ohio State Police Department in 2015, having worked as a student safety officer with the department during his time as an undergraduate student.

Born in Cincinnati, the 28-year-old officer attended Fairfield High School, where he graduated in 2007. He is engaged to be married to his fiancée in October of this year.