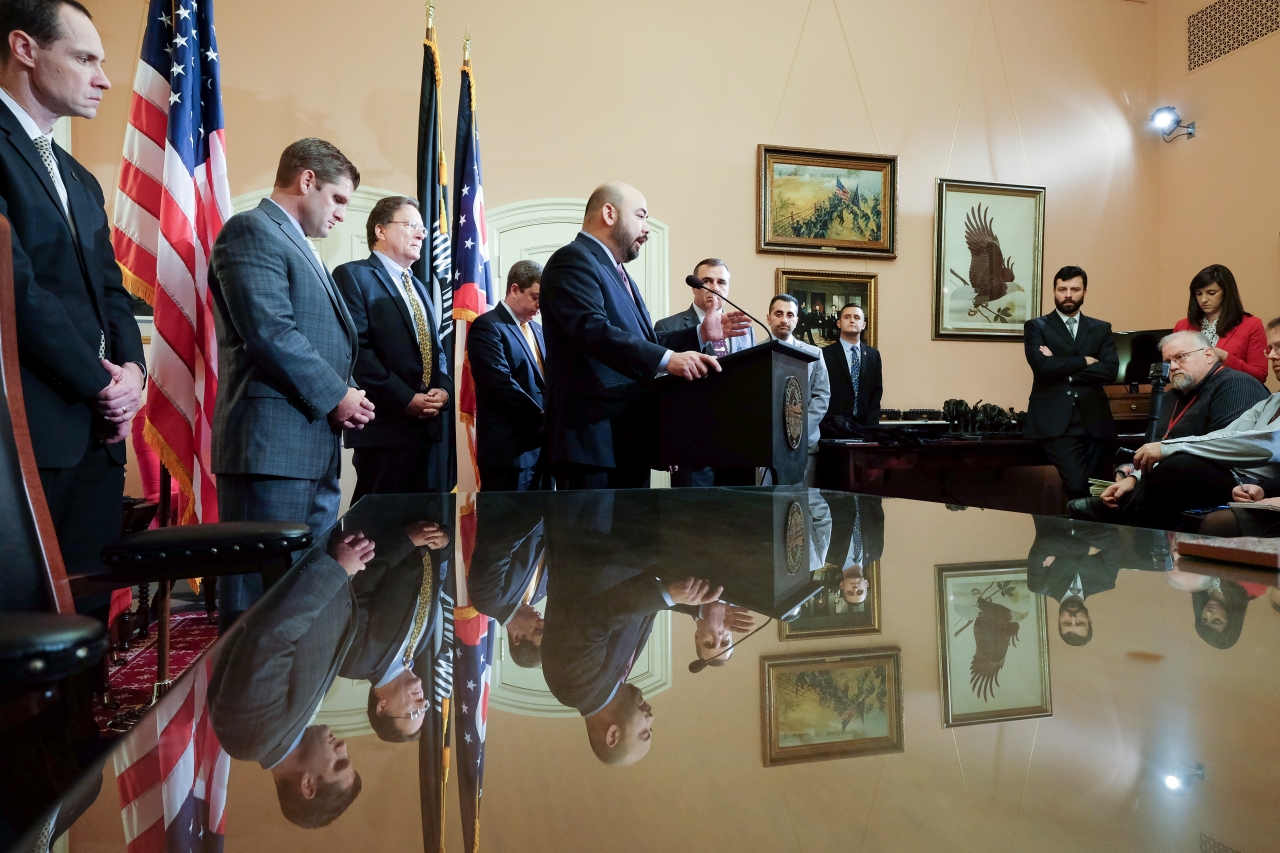 The Ohio House of Representatives yesterday approved legislation that includes a compromise agreed upon by state business groups and the labor community, in coordination with the legislature, on unemployment compensation reform.

Senate Bill 235 outlines various provisions that work towards a long-term goal of solvency.

Provisions include various concessions and provisions on this issue, including:

• Business concession: increases the taxable wage base from $9000 to $9500 for two years beginning in 2018
• Labor concession: freezes the maximum weekly benefit amount at the 2017 levels beginning in 2018 for 2 years
• Minimum safe level provision: eliminates the HB 390 MSL penalty that was created in May of this year
• Further discussion: creates a joint labor/business mediation process

“This is a compromise that will put us in a position to finally reach a solvency plan,” said State Representative Kirk Schuring (R-Canton). “We will continue the conversation with the business and labor community to ensure that benefits can be sustained during the next economic downturn without having to borrow money from the federal government.”

The legislation follows efforts by the General Assembly to prepare businesses for the future and to reach eventual solvency. Last spring, the legislature approved a mechanism to pay off the unemployment compensation debt owed to the federal government, which could save businesses millions in taxes next year.

Rep. Schuring co-chaired a joint committee this summer to further discuss Ohio’s unemployment compensation system, which initiated many of the provisions included in this legislation.

Business and labor groups provided comments on the compromise in a press conference earlier this week, which can be viewed here: http://www.ohiochannel.org/video/press-conference-discussing-unemployment-compensation-reform.

This bill also works to increase private development in Ohio by authorizing property tax exemptions if a property is planned for commercial or industrial development. This allows a developer to not incur increased property taxes if the land is in the development stages.

Senate Bill 235 was concurred upon by the Senate following House passage.