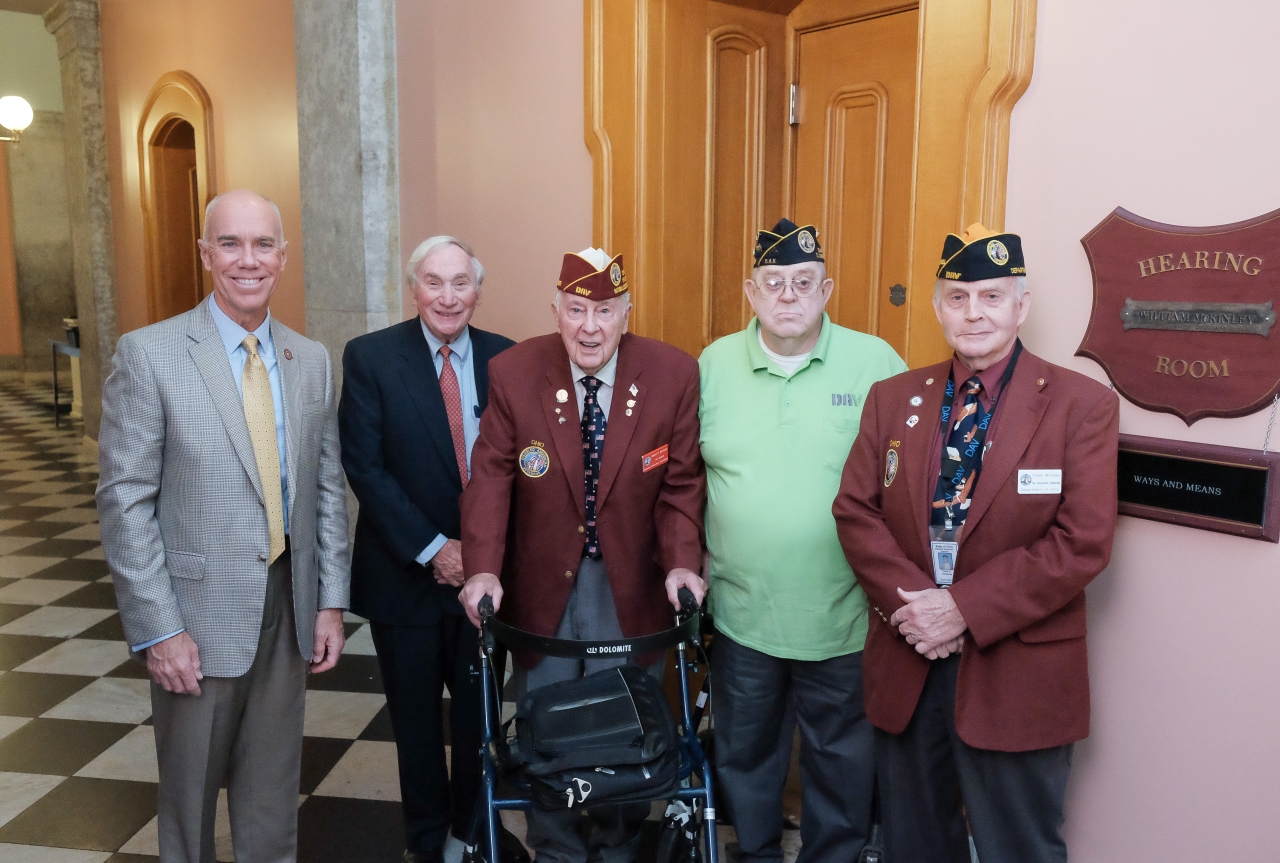 COLUMBUS—State Representative Tim Ginter (R-Salem) today welcomed U.S. Navy veteran Robert Bertschy from East Liverpool to speak in the Ohio House Ways and Means Committee about House Bill 24, legislation that modifies tax exemption laws to allow certain veterans’ organizations to be exempt from federal taxation and to exclude property that is not used primarily for meeting, administration and the provision of programs to past and present members of the United States Armed Forces.

Bertschy was most recently inducted into the Ohio Veterans Hall of Fame and is honored with a plaque with his name at the Riffe Center in Columbus. Previously serving in two wars, World War II and the Korean War, Bertschy has remained consistently involved in veterans’ organizations, including the Disabled American Veterans (DAV) Chapter 47 and the VFW Post 66. He also served as a volunteer for 11 years driving disabled veterans to hospitals and VA centers.

“This legislation simply brings our qualifying veterans’ organizations in line with other charitable organizations already exempted from property tax in Ohio and serves to honor our brave service men and women who protect our freedom each and every day,” said Ginter.

Rep. Ginter welcomed other constituents to the Statehouse as well, including Commander James Jenkins, from John W. Covert Chapter #47 DAV, and Bernard and June Fineman. Also testifying today in support of the bill was Frank Williams from the Ohio DAV, a charitable organization serving disabled veterans.

Representative Ginter is currently serving his second term as state representative for the 5th Ohio House District, which encompasses all of Columbiana County.