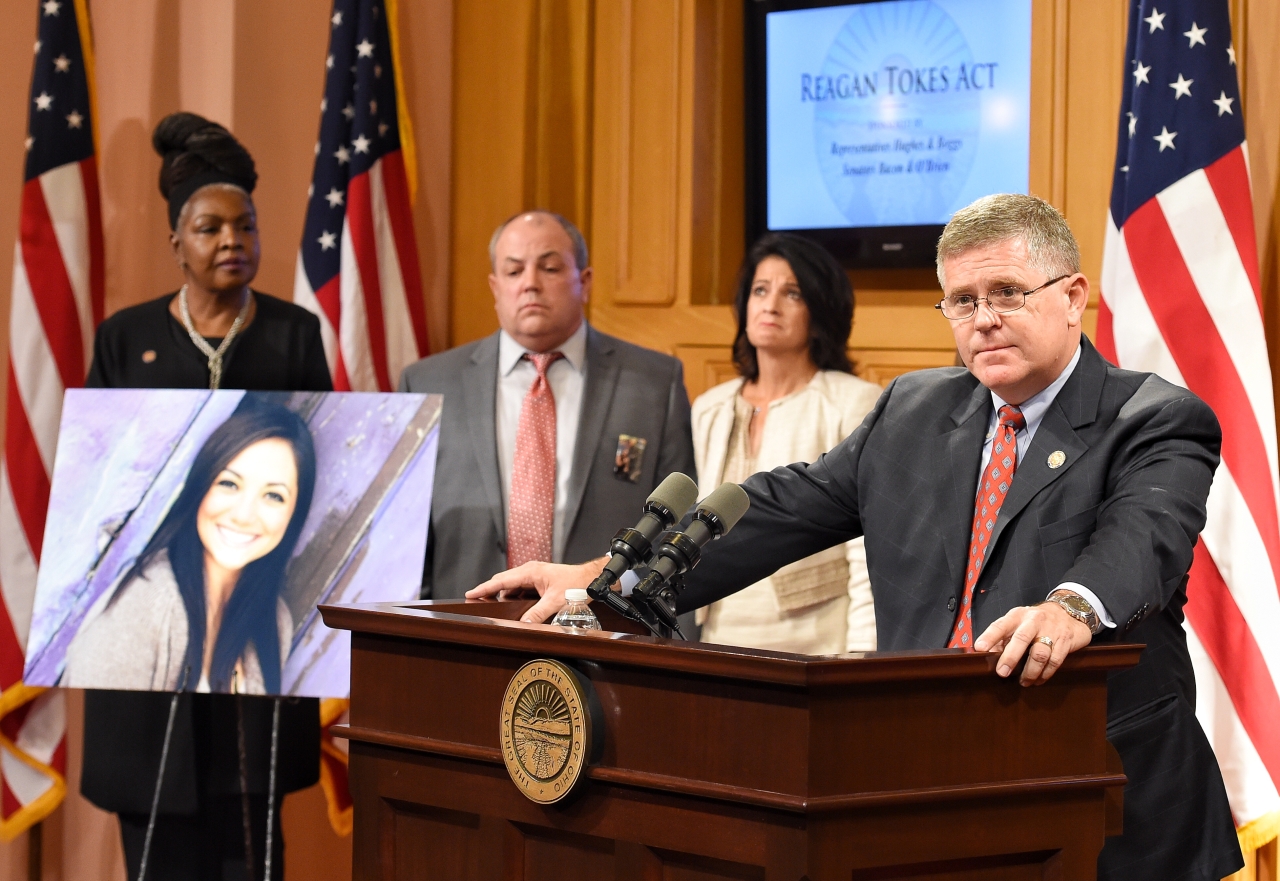 A bipartisan group of legislators today announced plans to introduce legislation named after Ohio State student Reagan Tokes. The Reagan Tokes Act will make reforms to Ohio’s criminal justice system in order to address certain shortfalls that could have prevented the 21-year-old’s murder.

“The entire OSU and Columbus community was devastated by the news of Reagan’s death,” said Representative Hughes. “As a bright, young, intelligent, hardworking student, she was taken from this earth much too early. Through various updates to Ohio’s criminal justice system, it is our goal that the Reagan Tokes Act will prevent something like this from happening again in the future.”

Reagan Tokes was kidnapped, raped, and killed on February 8, 2017 after leaving work in the Short North.  The man charged with her death had to be identified by DNA evidence from a cigarette butt left in Reagan’s car, even though he was on parole and being monitored by a GPS tracker. Evidence from his GPS tracker later linked him to six additional crimes of armed robbery that took place over several weeks only a short distance from where Reagan was abducted.

It was also discovered that Reagan’s killer had previously applied to reentry programs in the central Ohio area following his initial release from prison, but his application was rejected.

“What happened to Reagan is a tragedy, and it is a shame that it takes such a horrific incident to motivate making the necessary changes to keep our communities safe,” Representative Boggs said. “It is my hope that the Reagan Tokes Act not only addresses the shortfalls identified in our criminal justice system, but develops the infrastructure to continually review and improve upon our polices before another senseless tragedy occurs.”

Following formal introduction in the coming week, the legislation will be referred to House and Senate committees for further deliberation.