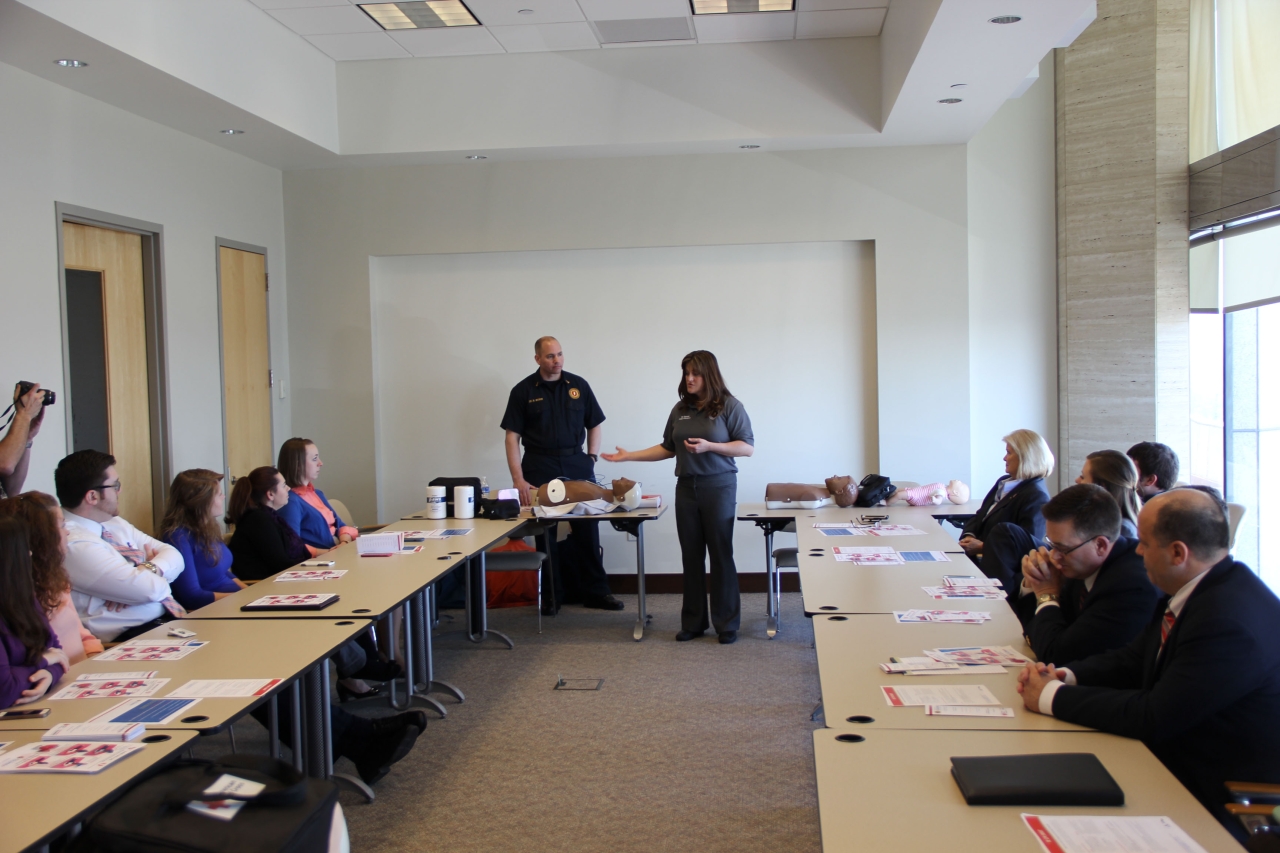 A couple weeks after legislation was introduced in the Ohio House that would require high school students to receive CPR training prior to graduation, House staff members were given the opportunity to learn about the process of hands-only CPR.

“Over the coming weeks, there will be various CPR instructional sessions held for legislators and staff,” said Rep. Cheryl Grossman, who cosponsored the legislation, House Bill 113, with Rep. Nathan Manning (R-North Ridgeville). “This will provide participants the ability to learn more about the importance and the procedure of CPR.”

The Columbus Division of Fire hosted the training session, which also included instructions for using an automated external defibrillator (AED).

The hour-long session came on the heels of the introduction of the CPR requirements in high schools contained in House Bill 113. The bill would allow Ohio’s high schools to offer CPR as part of their health curriculum training at any time during a student’s tenure, grades 9-12. Should it be signed into law, Ohio would join at least 20 other states with similar statutes.

Each year, nearly 424,000 people suffer cardiac arrest while outside of a hospital. Of those, only about 10 percent survive. However, when effective hands-only bystander CPR is administered, a person’s chance of survival doubles or even triples. House Bill 113 hopes to educate more young people on how to effectively administer CPR and, thus, increase the potential chance of survival among people suffering cardiac arrest.

House Bill 113 has been referred to the House Education Committee.