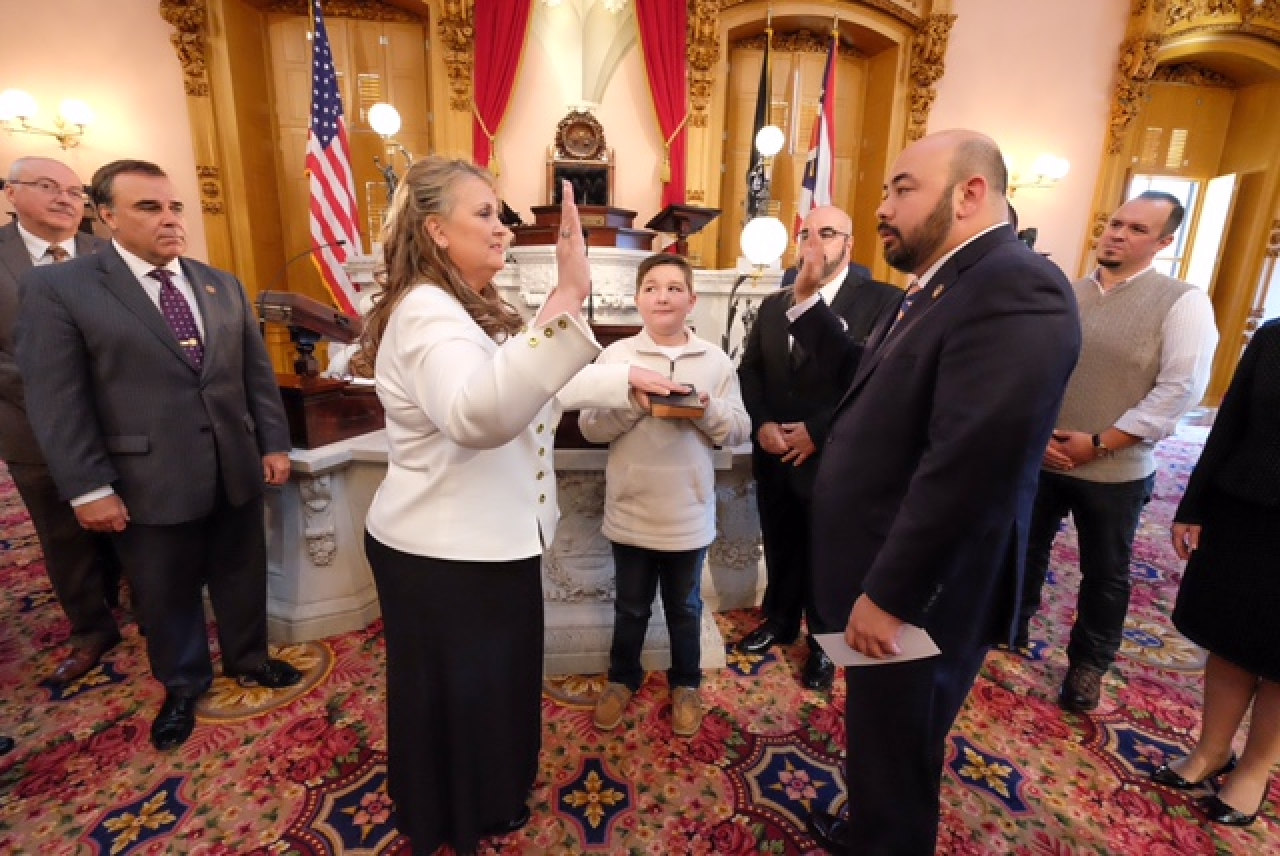 Speaker of the Ohio House Clifford A. Rosenberger (R-Clarksville) today announced that Candice Keller (R-Middletown) has been sworn in as state representative of the 53rd House District. Keller fills the seat vacated by former Representative Tim Derickson this summer.

Born and raised in Butler County, Keller developed a strong work ethic and passion for supporting small businesses from her father, who owned his own small company. A graduate from Miami University, she has been the Executive Director of the Community Pregnancy Center, one of the largest pro-life agencies in Ohio, for the last eight years. In addition to these duties, Keller serves as the fiscal agent of a state agency, overseeing a budget of more than $300,000 and encouraging fiscally conservative practices.

Keller has received numerous community service awards, including one from her local Chamber of Commerce. She is also a 2012 graduate of the Jo Ann Davidson Ohio Leadership Institute. Keller and her husband of 38 years, Kent, are the proud parents of two sons and grandparents of six.

"I look forward to serving the people of my district, and I'm anxious to get to work,” said Keller. “This election has proven that our nation wants a constitutionally-led government, and I want Ohio to lead the way."

The 53rd House District is made up of a portion of Butler County.