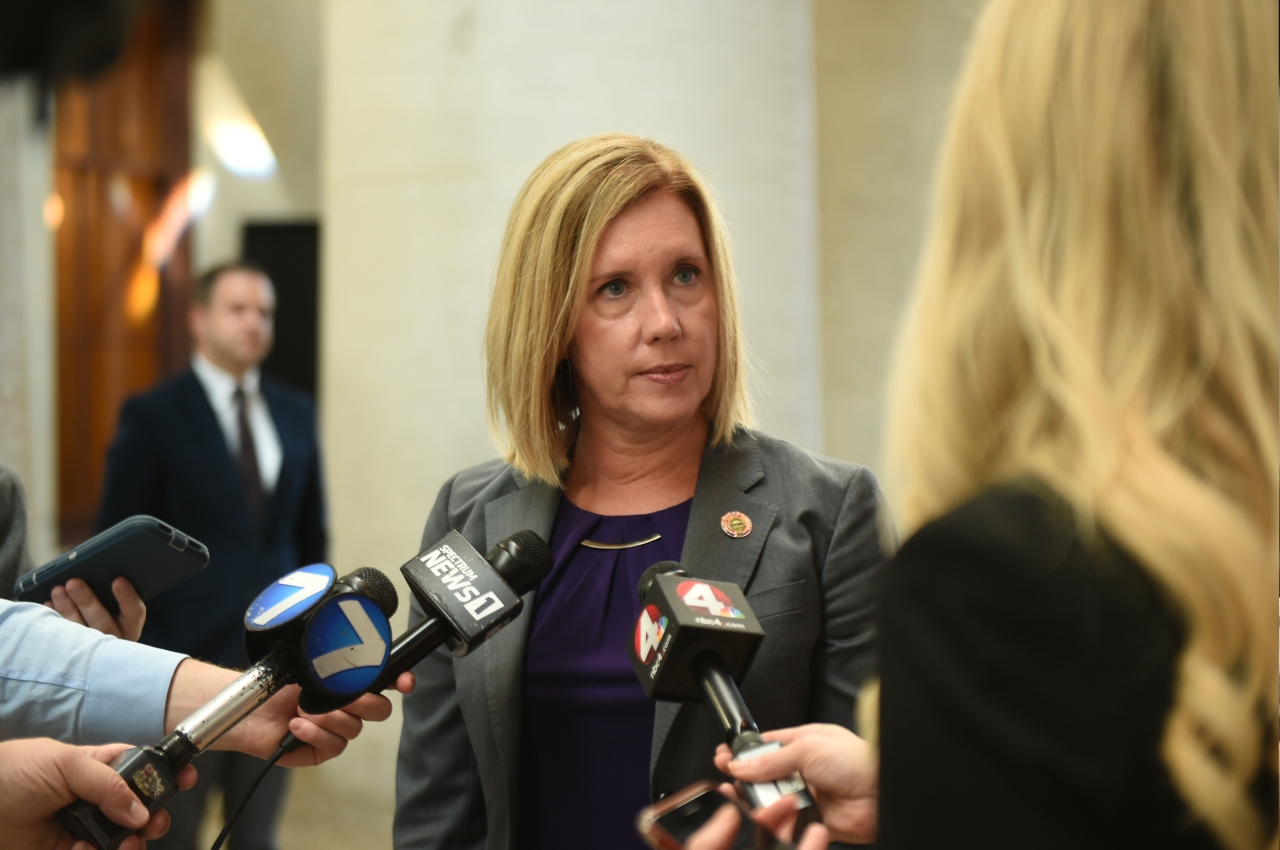 Abrams, a former Cincinnati police officer, worked closely with ODVN throughout the state budget process to secure an increase of over $2 million in state funding for the organization, bringing the total to $7.5 million in operational support.

“Safety is one of my top priorities as a legislator, and I’m grateful to have worked with ODVN to secure the funding they need to protect as many domestic violence victims as possible,” said Abrams.

In 2013, the Croucher Family Award was established by ODVN to honor Jim and Elsa Croucher of Monroe, Ohio who were pioneers in domestic violence education. The Crouchers were began their work in 1992 when their youngest child, 18-year-old Tina, was murdered by an abusive ex-boyfriend.

In addition to budget support, Abrams and State Rep. Jeff LaRe (R-Violet Township) sponsored House Bill 93, which is currently receiving hearings in the Senate. The legislation, seeks to improve and expand the Safe at Home Address Confidentiality Program currently administered by the Ohio Secretary of by allowing victims of domestic violence the option of receiving a substitute address in order to keep their actual home address secure and confidential.

“I’m honored to receive the Croucher Family Award, and I look forward to continuing to fight for the safety of Ohioans,” said Abrams.