Ohio's economy one of worst in country over the last 12 months, new approach needed

“Cuts to communities and tax breaks that favor the rich have hurt the middle class and stymied Ohio's economic recovery. Ohio is one of the worst states in the country for job creation over the last 12 months and our unemployment is now higher than the national rate. Instead of favoring special friends and special interests, we need to start putting working and middle class families first."

Stagnant job growth is nothing to praise

Today, Gov. Kasich, Speaker Batchelder and President Faber spoke to members of the business community during a year-in-review speech at the Ohio Chamber of Commerce. State Rep. Debbie Phillips (D-Athens) released the following statement in response to today’s speech:

“Ohio is 44th in the nation for job creation; unemployment is at 7.5 percent-- significantly higher than the national average. Governor Kasich and Ohio’s GOP elected officials need an economic reality check. Instead of prioritizing millionaires and special interests, Ohio needs to grow our economy by putting working and middle class families first.  What we heard today is more of the same failed trickle-down policies, which knocked Ohio back down just when we were starting on the road to recovery.”

Over 427,000 unemployed in Ohio, GOP policies have invested in the richest

Today, Gov. Kasich, Speaker Batchelder and President Faber spoke to members of the business community during a year-in-review speech at the Ohio Chamber of Commerce. State Rep. John Patrick Carney (D-Columbus) released the following statement in response to today’s speech:

Rep. Matt Lundy: JobsOhio No Model for the Nation

At 44th in nation for job creation, JobsOhio far from adequate

Today, Gov. Kasich, Speaker Batchelder and President Faber spoke to members of the business community during a year-in-review speech at the Ohio Chamber of Commerce. State Rep. Matt Lundy (D-Elyria) released the following statement in response to today’s speech: 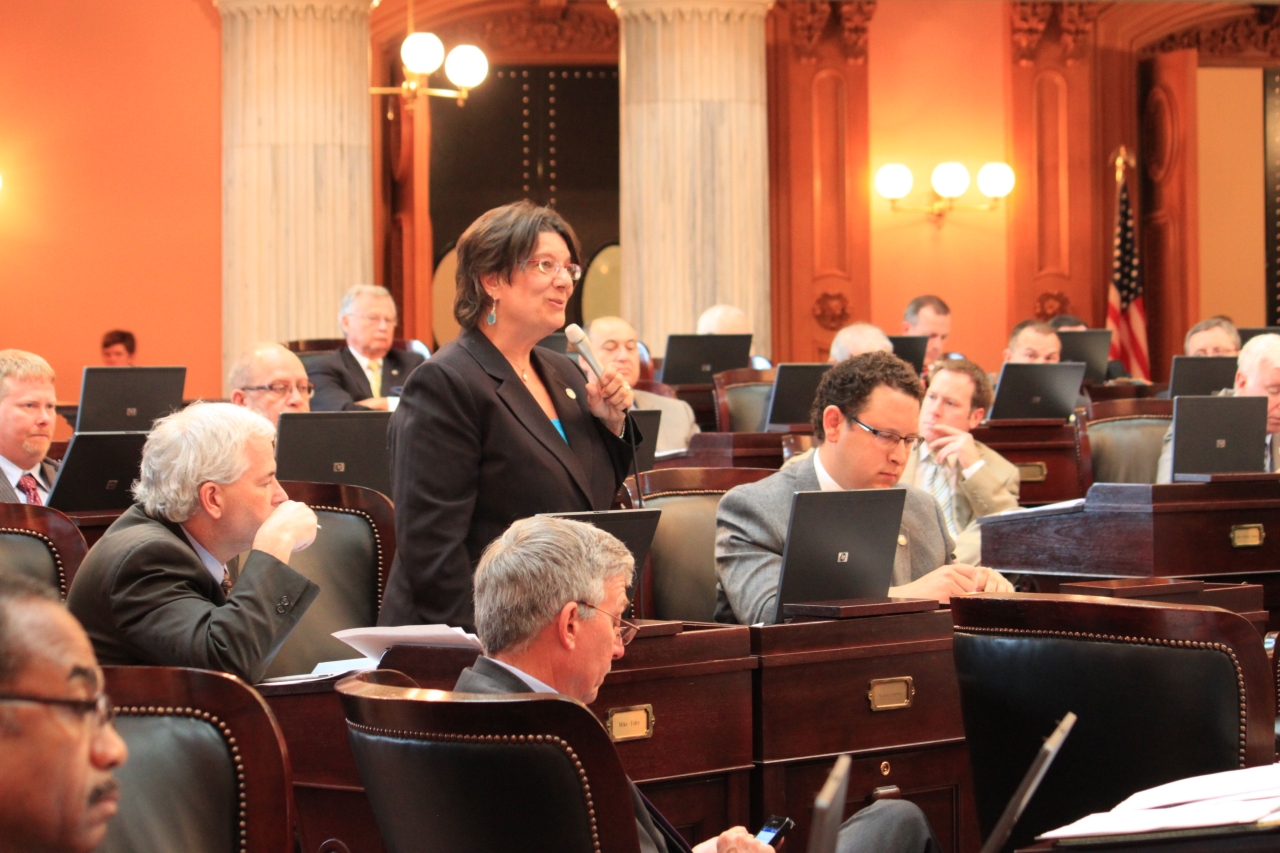 “It is with heavy hearts and deep sorrow that we mourn the loss of Leader William L. Mallory, Sr. Ohio has lost a distinguished statesman and trailblazing soldier.

Let us keep his beloved widow, sons, daughter and extended family in our thoughts and prayers.

“May we remember the legacy of Leader Mallory in word and deed as we strive to give honor to service and integrity to leadership and work for the advancement of Ohio and her citizens.”

Lawmaker calls for Statehouse flags to fly at half-

Rep. Gerberry calls on Husted to testify on number of voter suppression bills

State Rep. Ron Gerberry (D-Austintown) on Thursday called on Secretary of State Jon Husted to testify on pending elections bills in the Ohio legislature. Rep. Gerberry sent a letter to House Policy & Legislative Chairman Mike Dovilla requesting that the Secretary of State attend committee to address these complex changes and the capacity of Boards of Elections and poll workers to prepare for them before statewide officeholder elections in less than a year.