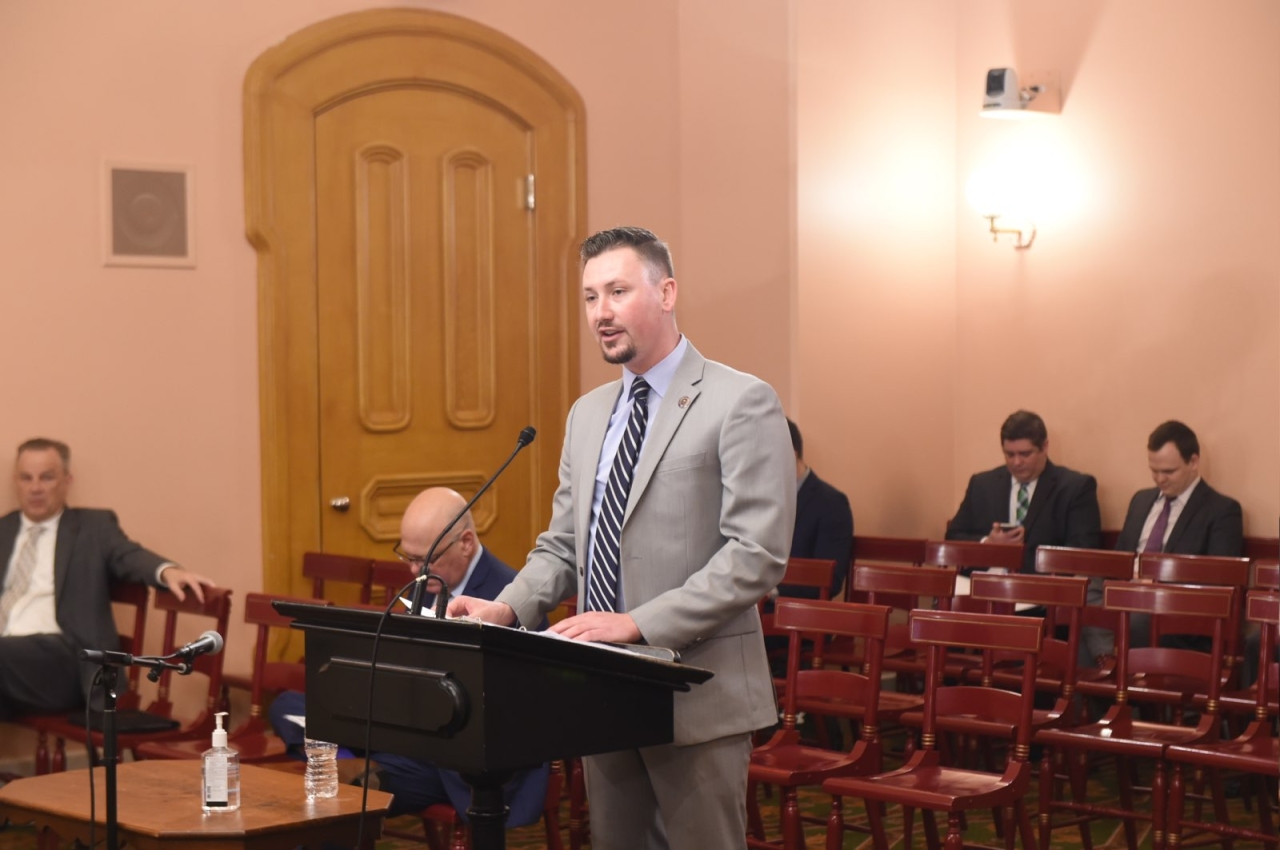 State Rep. Thomas Hall (R-Madison Twp.) introduces House Bill 524, which is otherwise known as the “Innovate the Code” bill. The proposal modernizes state government to save taxpayer dollars. Hall recently spoke to the bill during its first committee hearing.

“Simply put, this is a ‘good government’ bill that simplifies and streamlines in a way to save an estimated $4.4 million in taxpayer dollars and over 58,000 hours of labor through efficiency improvements over the next 10 years,” Hall said. “This is a piece of legislation that we can all rally behind to make Ohio more efficient and save taxpayer money.”

Hall notes millions in taxpayer dollars can be saved by modernizing the Ohio Revised Code. The bill has many cost-saving provisions including: