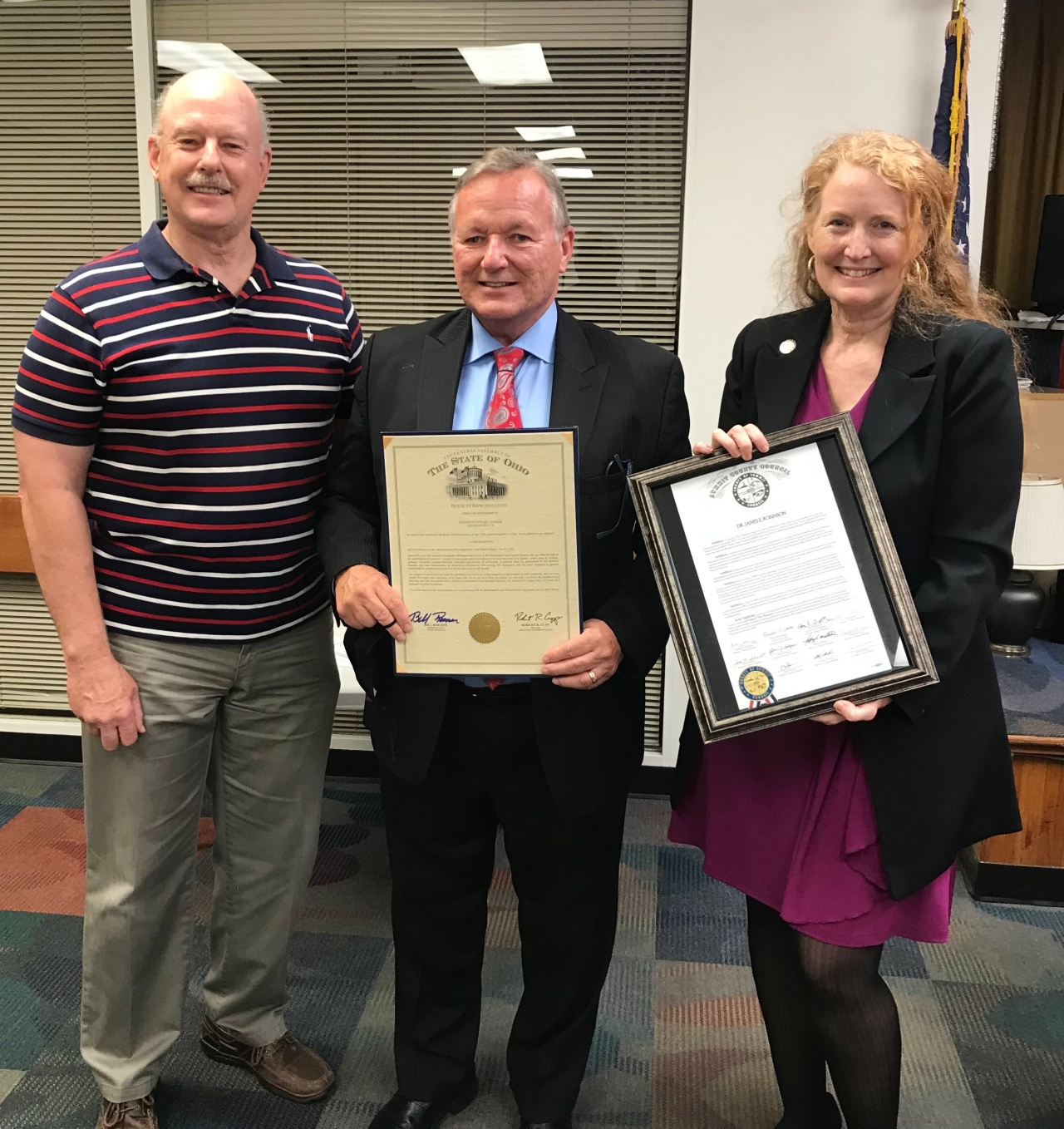 SUMMIT COUNTY – State Representative Bill Roemer (R – Richfield) presented Dr. James Robinson with a commendation for his retirement after working in the district for 48 years. Dr. Robinson retired as the superintendent of Manchester Schools and served the school district with the student’s best interests always in mind.

Dr. Robinson’s career in education began in 1973 after becoming a middle school teacher in Manchester schools. Before becoming Superintendent, Dr. Robinson also spent time as a guidance counselor. He served his school district to the best of his abilities as an educator and always enjoyed helping the students navigate both life and school.

Dr. Robinson was also an excellent football coach and has forever remembered his playoff run as the defensive coordinator that led the Panthers to a state final game in 1997. Additionally, he worked as a wrestling coach and led the school to its first individual state championship in wrestling.

“Dr. Robinson has served his community with great pride throughout the years, and although the Manchester Schools will miss him, his legacy will always be remembered,” said Roemer.