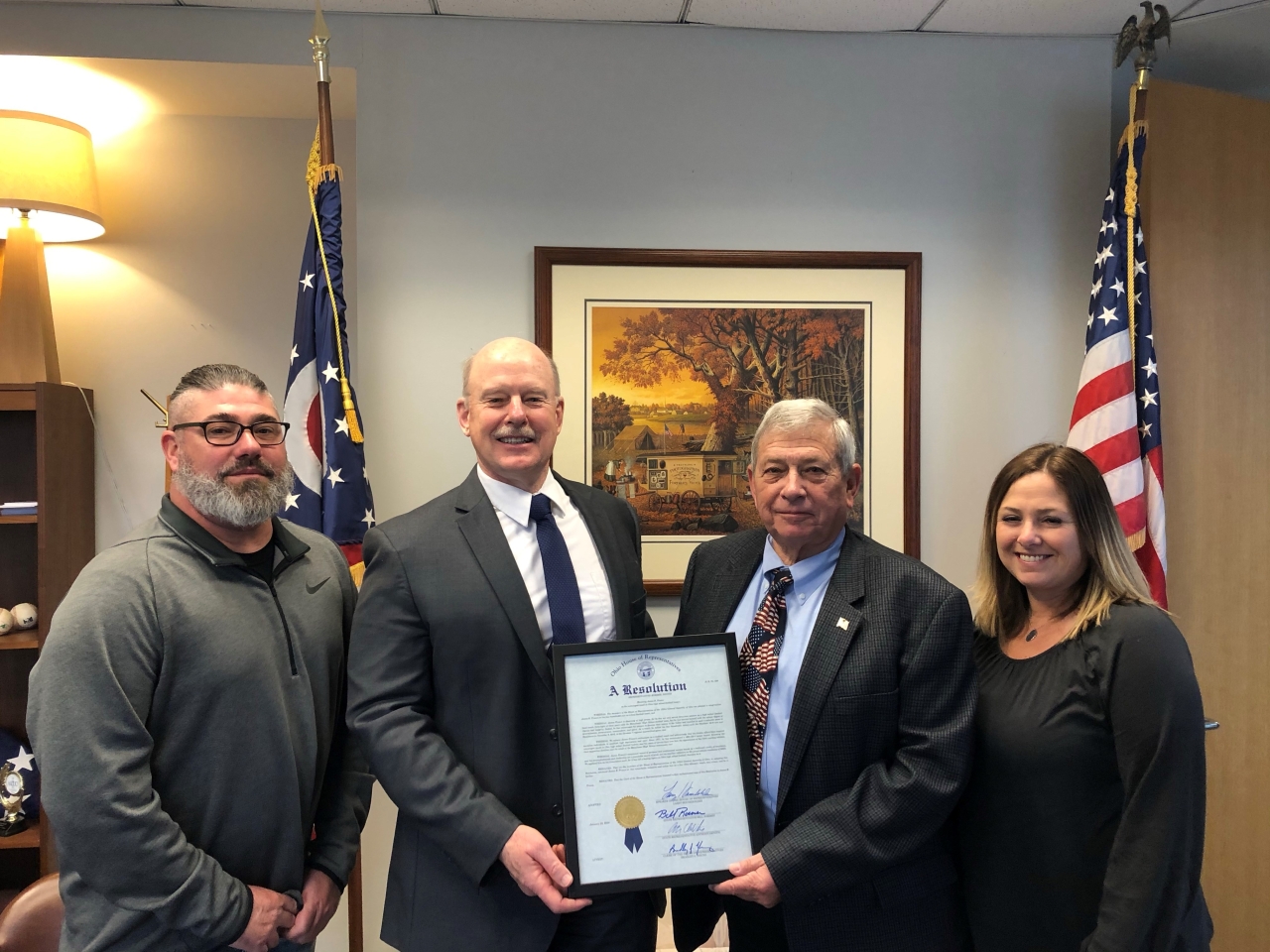 Accompanied by his son Jason and daughter Jennifer, Coach France was recognized with an official resolution from the Ohio House of Representatives, detailing his vast achievements in nearly five decades of service to the Manchester district through football and academics. Over nearly five decades, Coach France has had a positive influence on the lives of thousands of students and athletes.

“So often we find our time in Columbus as legislators spent representing the interests of our constituents through good, common sense government,” Roemer stated. “It is a rare and exciting opportunity when I am able to showcase the achievements of my district through its great men and women, and I deeply appreciated the experience to have Coach France and his family present for this well-deserved recognition.”

Coach France and the Panthers finished the 2019 season with a 9-4 record and another deep playoff run.