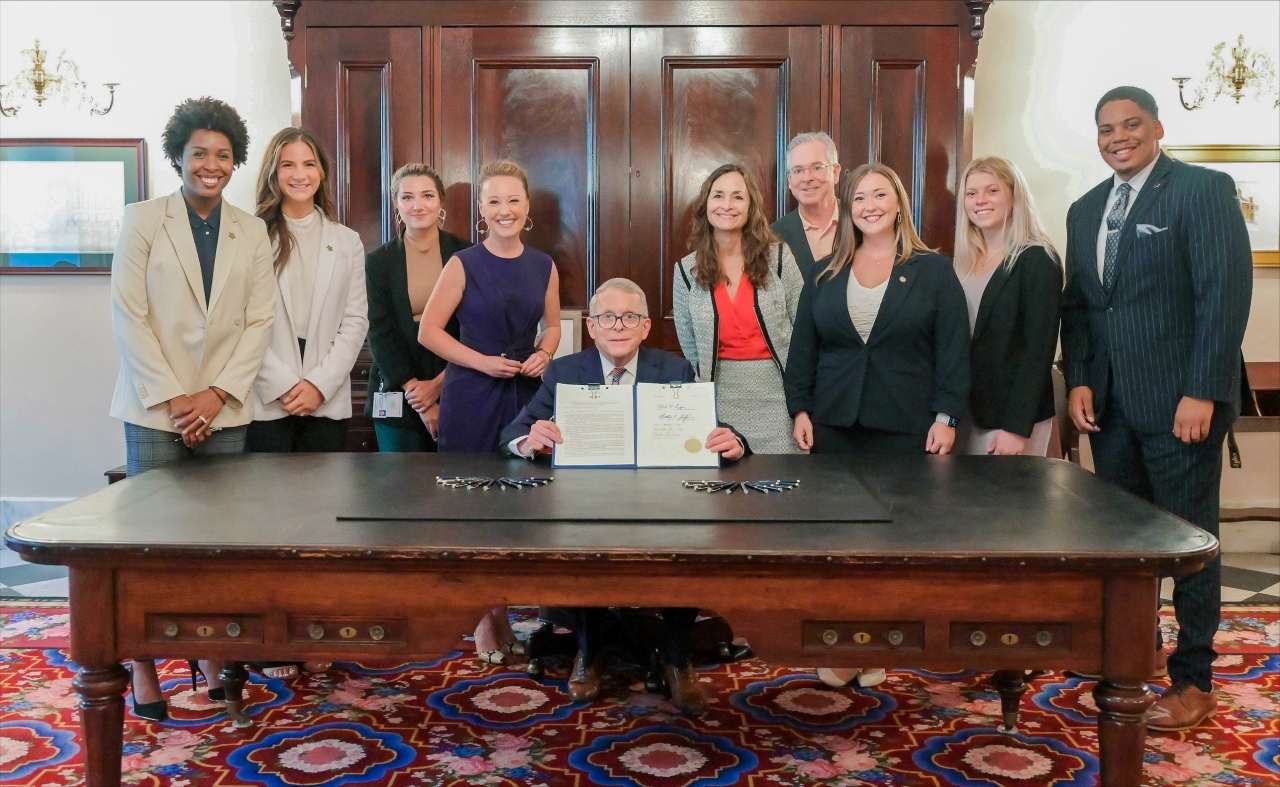 COLUMBUS – Legislation that will close a loophole allowing human trafficking offenders to avoid criminal punishment has been signed into law Tuesday after passing unanimously through both chambers of the Ohio General Assembly.

House Bill 427, sponsored by State Representative Andrea White (R-Kettering), will enable prosecutors to pursue legal action against offenders who use drugs and addiction to compel victims of human trafficking into prostitution or trafficking. The bill will expand the definition of ‘compelled’ to include the use or manipulation of controlled substances or addiction to controlled substances when charging human trafficking offenders with ‘trafficking in persons’ or ‘compelling prostitution.’

“The crimes of human trafficking and prostitution are rampant in Ohio, with substance use and addiction frequently being used as weapons to prey on vulnerable victims,” said White. “One study suggests as high as 84% of sex trafficking survivors reported substance abuse during their victimization.”

Current law defines ‘compel’ as the use of fear, force, duress, intimidation or fraud. Drugs and addiction do not neatly fit into these categories, White said, even though traffickers frequently use substances to lure and control their victims.

“Addiction and withdrawal are incredibly powerful weapons that traffickers regularly use to ‘compel’ their victims to comply with their demands and engage in sexual activity for hire or involuntary servitude,” said White.  “This change to Ohio law will shine a spotlight on this abusive exploitation of victims and allow for increased prosecution of traffickers.”

Across the globe, there are more than 40 million victims of human trafficking, with hundreds of thousands in the United States.  Ohio ranked sixth highest in the crimes of human trafficking and prostitution, due in part to the states geographic location, and calls received by the National Human Trafficking Hotline.

“Right now – today – hundreds of victims in Ohio are being trafficked and coerced into prostitution,” said White.  “I encourage anyone who needs help or knows someone who may be a victim of human trafficking to contact the National Human Trafficking Hotline at 888-373-7888 (TTY:711) or by texting 233733.”