Adam C. Miller
District 17
D
"I am extremely humbled and honored to join the state legislature as a voice for the people of the seventeenth district." 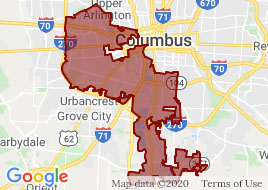 State Reps. Adam C. Miller (D-Columbus) and Thomas West (D-Canton) today announced the introduction of legislation that would repeal the recently passed Shoot First law that permits the use of deadly force by individuals who believe their lives are endangered anywhere in the state. The law was tucked in as a last minute amendment to Senate Bill (SB) 175 during the lame duck period of the 133rd General Assembly despite passionate opposition from House Democrats. The governor then chose to sign this bill into law, even after professing concerns about gun violence in Ohio.

COLUMBUS – State Representative Adam Miller  (D-Columbus) today announced the introduction of the $2.1 billion capital appropriations budget for fiscal years 2021-2022 as an amendment during the Senate Bill (SB) 310 conference committee. The capital appropriations budget includes $186.5 million for community projects, a number of which will benefit Franklin County including:

COLUMBUS- Today in Ohio House Health Committee, Rep. Adam Miller (D-Columbus) testified on Senate Concurrent Resolution (SCR) 5, urging Congress to enact the Mark Takai Atomic Veterans Healthcare Parity Act. The legislation would create a presumption of service-connection for veterans who participated in the nuclear cleanup of Enewetak Atoll for purposes of receiving healthcare and other benefits.