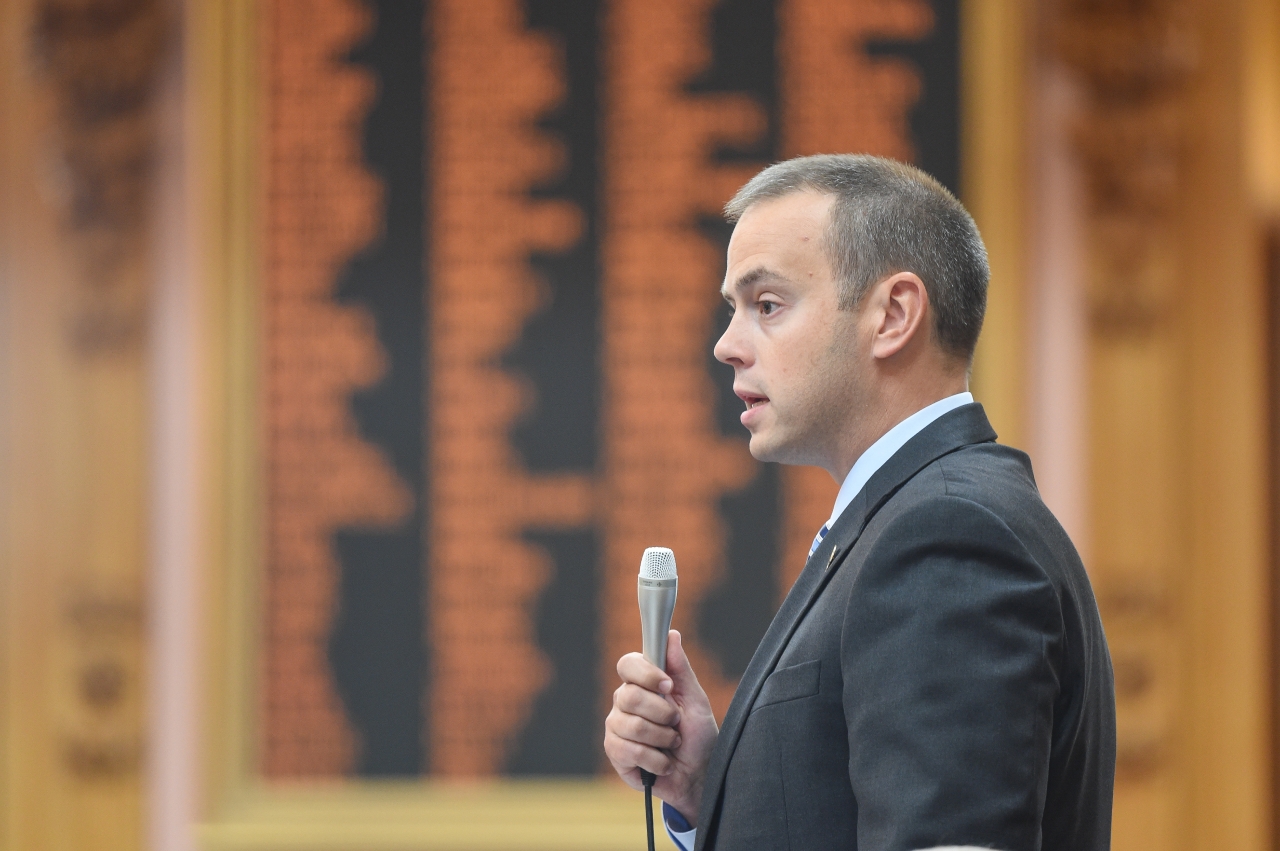 COLUMBUS—State Representatives Nathan Manning (R-N. Ridgeville) and John Rogers (D-Mentor-on-the-Lake) today announced passage of their bipartisan, jointly-sponsored legislation by the Ohio House of Representatives. House Bill 497 seeks to prevent instances of what is known as “revenge pornography” by penalizing nonconsensual distribution of private sexual images, as long as intent existed to harm the subject of the image. House Bill 497 also allows for civil action against the convicted offender.

Under the bill, civil action may be filed for a temporary restraining order or for such matters as compensatory damages and reasonable attorney’s fees. House Bill 497 also prevents an institution of higher learning from withholding financial assistance on the grounds that a student was a victim of nonconsensual dissemination of private sexual images, and also prevents such institutions from disciplining that student for the same reason. The bill extends these protections to licensing authorities, preventing them from refusing to license or to renew a license for victims.

“This important legislation will make needed changes to our civil and criminal code to provide victims the resources to fight back and also deter others from being victims in the future,” Manning said.

“The outcome of the malicious distribution of private sexual images can cause a multitude of personal and professional issues, in addition to the humiliation and embarrassment a victim may feel when their most intimate exchanges are shared with the world,” said Rogers. “This legislation would join Ohio with these other states to extend protections to thousands of Ohioans who would otherwise have no legal protections in these cases.”

House Bill 497 classifies the first offense as a first degree misdemeanor, and under certain conditions, distributing material to juveniles would classify as a third degree misdemeanor. Under the bill, repeat offenses may also be classified as felonies in certain circumstances.

Having passed out of the House, House Bill 497 awaits consideration by the Ohio Senate.