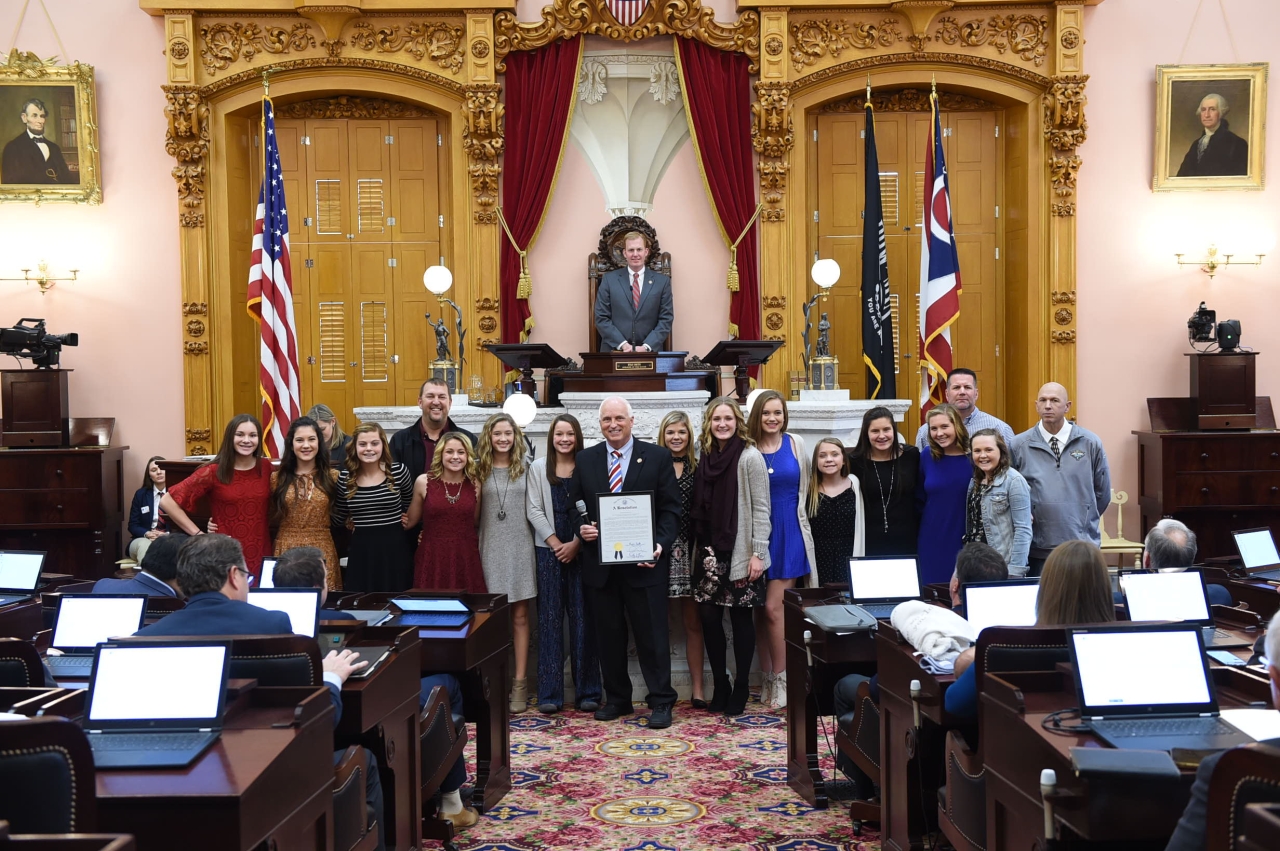 COLUMBUS—State Representative Terry Johnson (R-McDermott) today honored the Wheelersburg 11-12 year old girls softball team for winning the Little League World Series. They are the first team from the state of Ohio to achieve this.

All 13 members of the team attend Wheelersburg Middle School and were just one of 24,000 teams to compete in Little League Softball around the world. The team’s record was 16-2 over all of the district, state, regional and World Series tournament games, and they committed only 6 errors. They outscored their opponents by a 125-19 margin, and both Ashlee Spence and AndiJo Howard pitched one no-hitter each.

“My wife, Jennifer, and I watched in amazement as these wonderful representatives of southern Ohio played their sport, on TV, in the most exemplary fashion possible. We are so proud of how these youngsters conducted themselves on the field and afterwards in victory,” said Johnson. “What a great honor it is to be able to say that they live in the 90th district of Ohio.”

The team was recognized on the House floor by Rep. Johnson during session with the presentation of House Resolution 571.