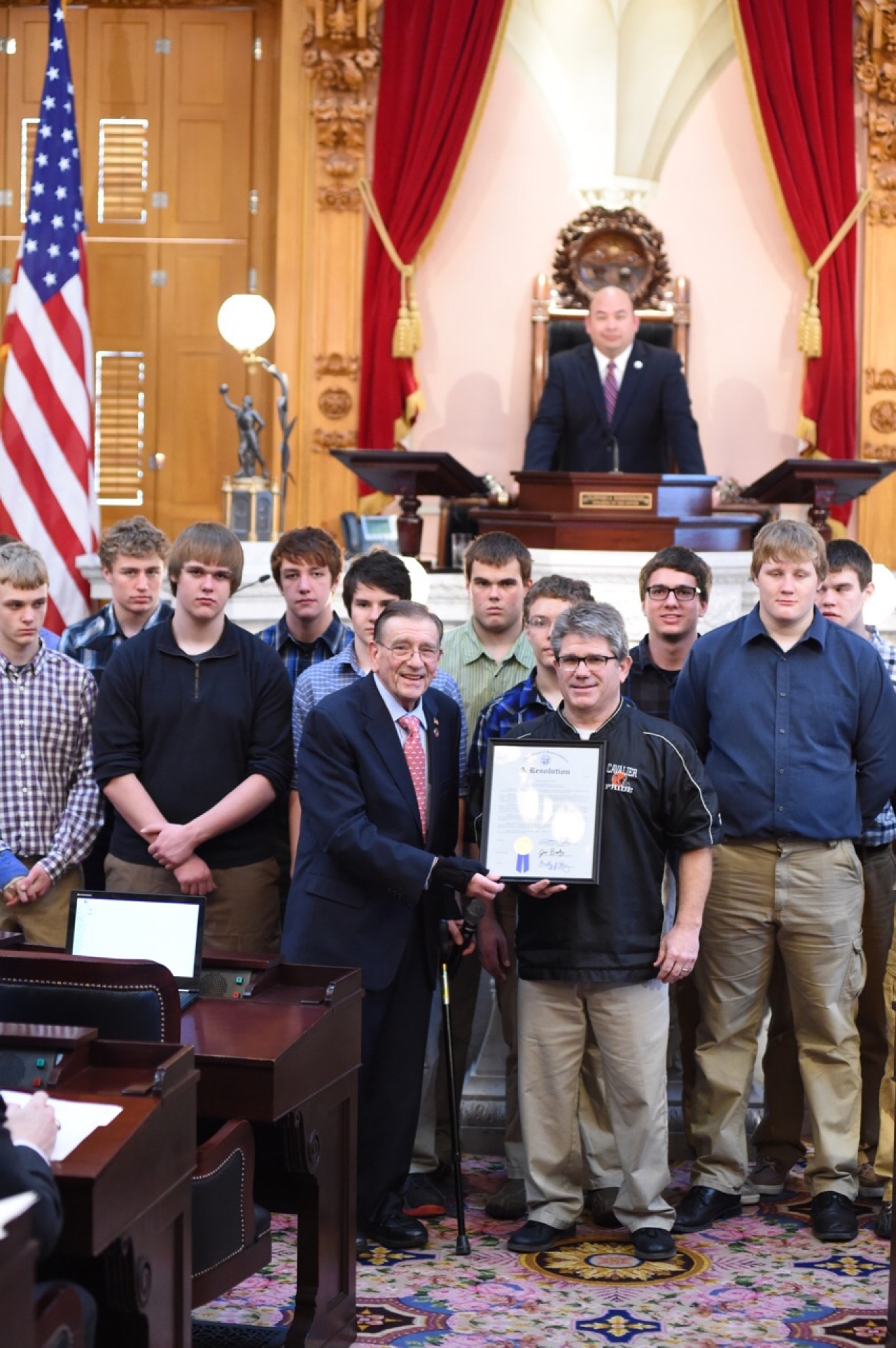 “Today, we welcomed a team that has won the state football championship four times in a row,”  Buchy said. “Their athletic success is echoed in the classroom and exemplifies our fine communities in western Ohio. These young people are truly one of a kind and have accomplished something that will be difficult to repeat.”

The Coldwater Cavaliers defeated Canton Central Catholic by the score of 35-18 to win this year’s Division V State Championship at Ohio Stadium. This championship was the sixth earned total by the Cavaliers. Coldwater has made the playoffs for the past 19 straight years and Head Coach Chip Otten has taken his team to the state finals seven straight years, and has won in the last four trips.

In addition to being named state champions, Otten was named MAC Coach of the Year and several of the players received individual MAC honors.

The Coldwater High School football team was present, along with Coach Otten, to receive the resolution during the Ohio House session. The team was also honored with a resolution in the Ohio Senate session.