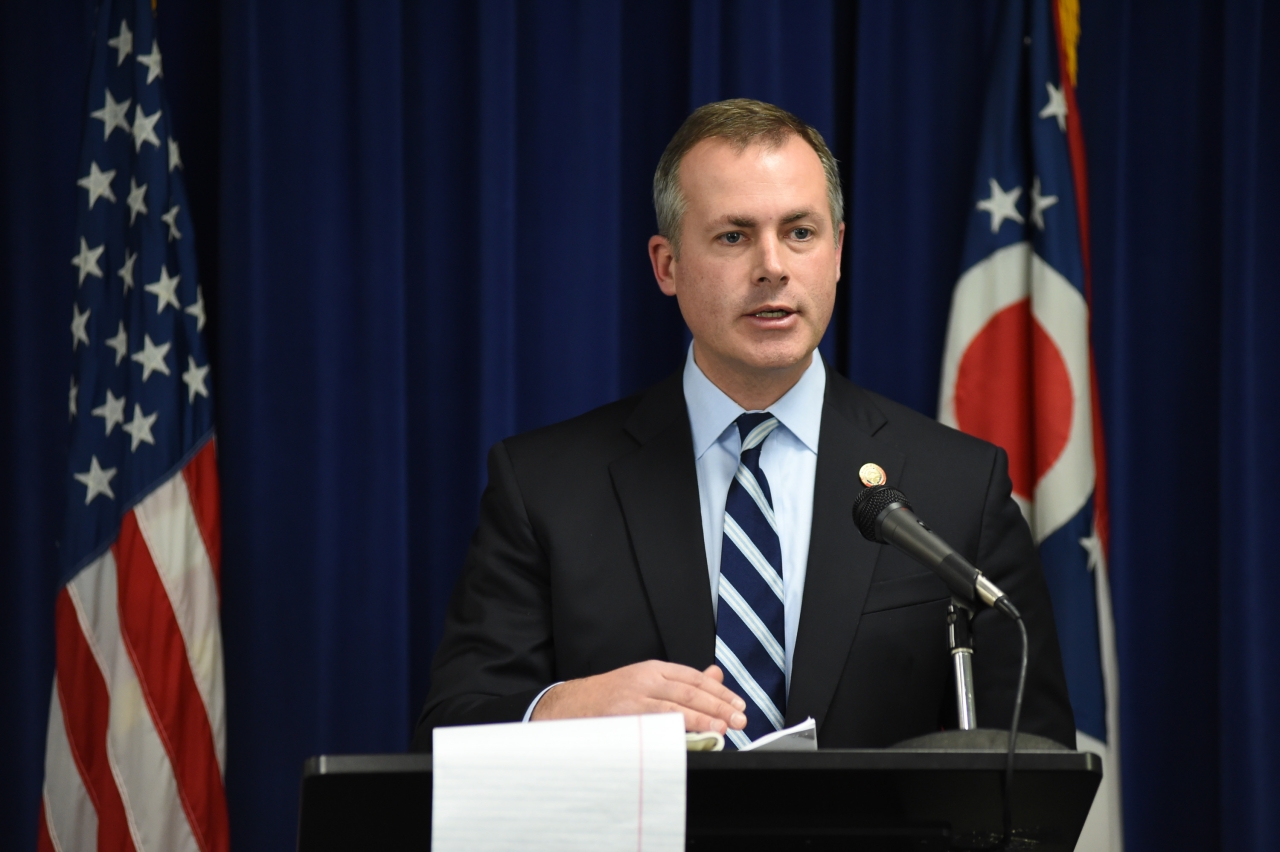 State Representative Robert Sprague (R-Findlay) today announced his support for the recent CDC report, “Guideline for Prescribing Opioids for Chronic Pain.” Sprague, joined by Ohio Attorney General Mike DeWine and State Representative Ryan Smith (R-Bidwell), says that he plans to submit a letter of support for the guidelines to the CDC during its public comment period.

Sprague also made appearances today in Hardin, Logan and Hancock counties to further advocate for the recent guidelines. Joined by local law enforcement officials in each of the counties, Sprague encouraged community members to also submit letters of support to the CDC.

“Every Ohioan that has been touched by the addiction epidemic has an opportunity to take ten minutes and post a supportive comment for these CDC guidelines, which will address the narcotic addiction epidemic where it starts: a prescription pad,” said Representative Sprague.

Attorney General DeWine also voiced his support for the CDC guidelines, stating that he feels the recommendations will help Ohio continue to combat heroin addiction.

“According to federal data, 80% of new heroin users admitted to previously abusing prescription drugs,” said DeWine. “As part of our fight against the heroin epidemic, we need to change the culture involving how we treat pain with opiates, and the CDC guidelines are a step in the right direction. I applaud Representative Sprague for taking the lead on this important issue.”

The CDC report is still in the draft phase and currently has an Opioid Guideline Workgroup reviewing the draft. The primary recommendations included in the report encourage prescribers to utilize alternative methods for treating pain, prescribing the lowest effective dosage, and setting treatment goals with patients prior to writing an opioid prescription.

“The CDC Guideline for Prescribing Opioids for Chronic Pain will have the same effect as the U.S. Surgeon General’s warning and labeling of cigarettes; that is, these rules will change the culture and perception of how these drugs are used,” said Representative Sprague. “I appreciate Attorney General DeWine’s support, along with Representative Smith’s support, and all of their efforts to address our addiction epidemic.”

The Ohio Department of Health estimates that in 2014 alone, more than 2,400 Ohioans died from accidental drug overdose. Representative Smith said the Ohio General Assembly has been working hard over the past three years to reduce that statistic.

“The Ohio House has already made substantial progress toward addressing the drug epidemic by passing crucial pieces of legislation, however there is still much more to be done to fight the addiction,” said Smith.

The “CDC Guideline for Prescribing Opioids for Chronic Pain” is open for public comment through the end of the day on Wednesday, January 13.  For additional information, please visit: