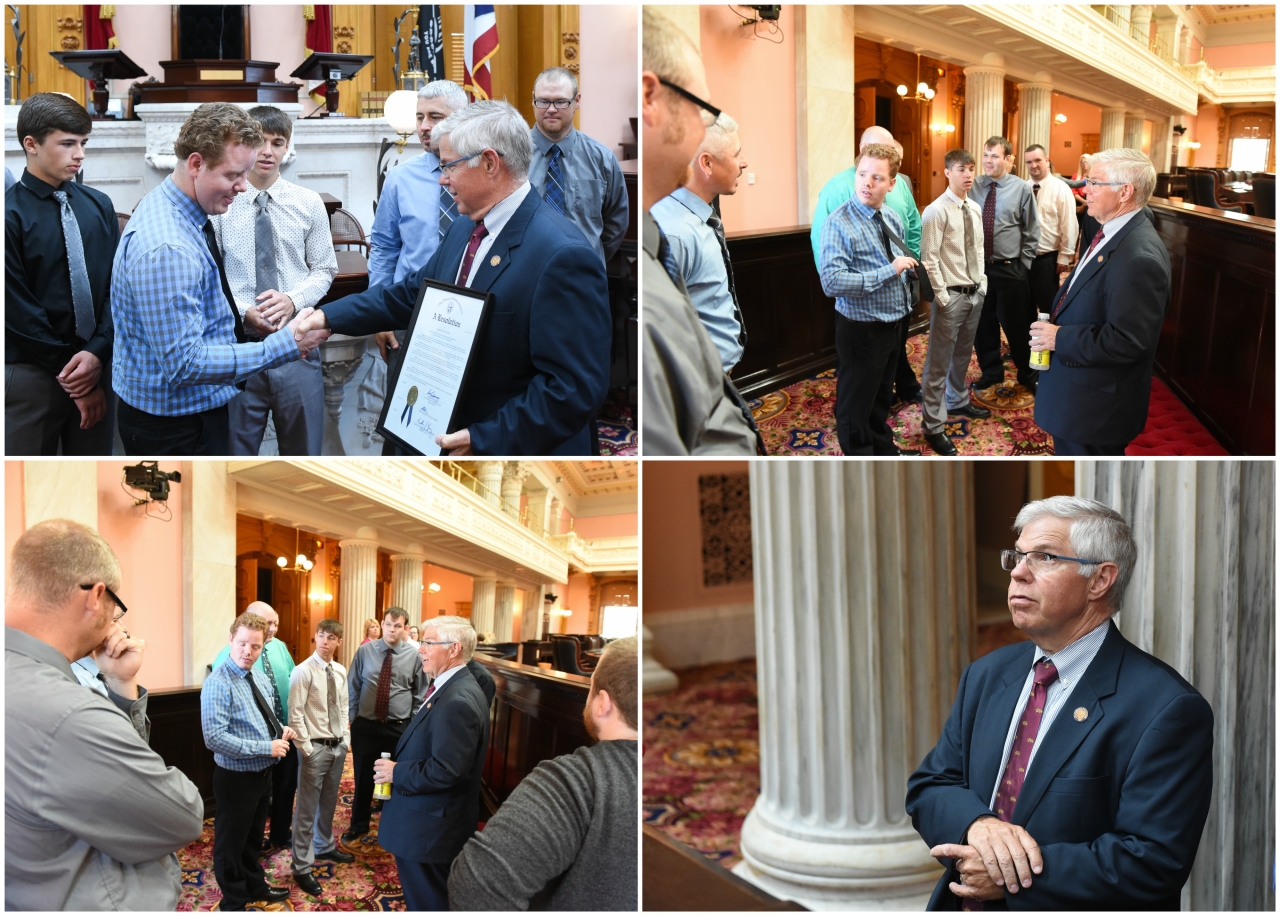 COLUMBUS—State Representative Gary Scherer (R-Circleville) this week presented a resolution honoring the Fayette County Dragons Special Olympics basketball team to the team members, coaches, and staff. Rep. Scherer presented the resolution at the Ohio Statehouse in honor of the team’s win of the Special Olympics Division II tournament, and did so alongside State Senator Bob Peterson (R-Washington Court House) who presented a Senate resolution to the team.

The team was awarded the state title with a 59-38 win against the Darke County Dawgs on March 24 in Dover. The win was the first state title win for the program since its inception seven years ago,

“It is a great honor, it really is, not even just for them but for me too. These guys put in a lot of work and deserve everything they get. On the first day of my first practice ever, I walked in and they said, ‘We want to win a state title.’ It has been the goal since day one and it is amazing to be able to bring them to the Ohio Statehouse and treat them to this kind of day. Some of these guys wouldn’t get to come here normally; I haven’t been here before, so just to get this resolution and to have a day about these guys is pretty awesome.”

“It is a great feeling, because for most of these guys this is the first time they have been to a place like this. You can just tell from their expressions that this is something really awesome and really something they will never forget. It is just an honor to be here with them and to be invited to come up here. It is something I never thought we would do, and it is pretty cool to actually bring them up here and show them off a little bit. They deserve it. A big thanks goes to Representative Gary Scherer and Senator Bob Peterson. I just think it is awesome they reached out to us and invited us to come and experience something like this.”

Rep. Scherer and Sen. Peterson presented the resolutions to the team on May 23, 2018 at the Statehouse.

The team's visit was featured in The Record Herald. For more information and to view the article please click here.