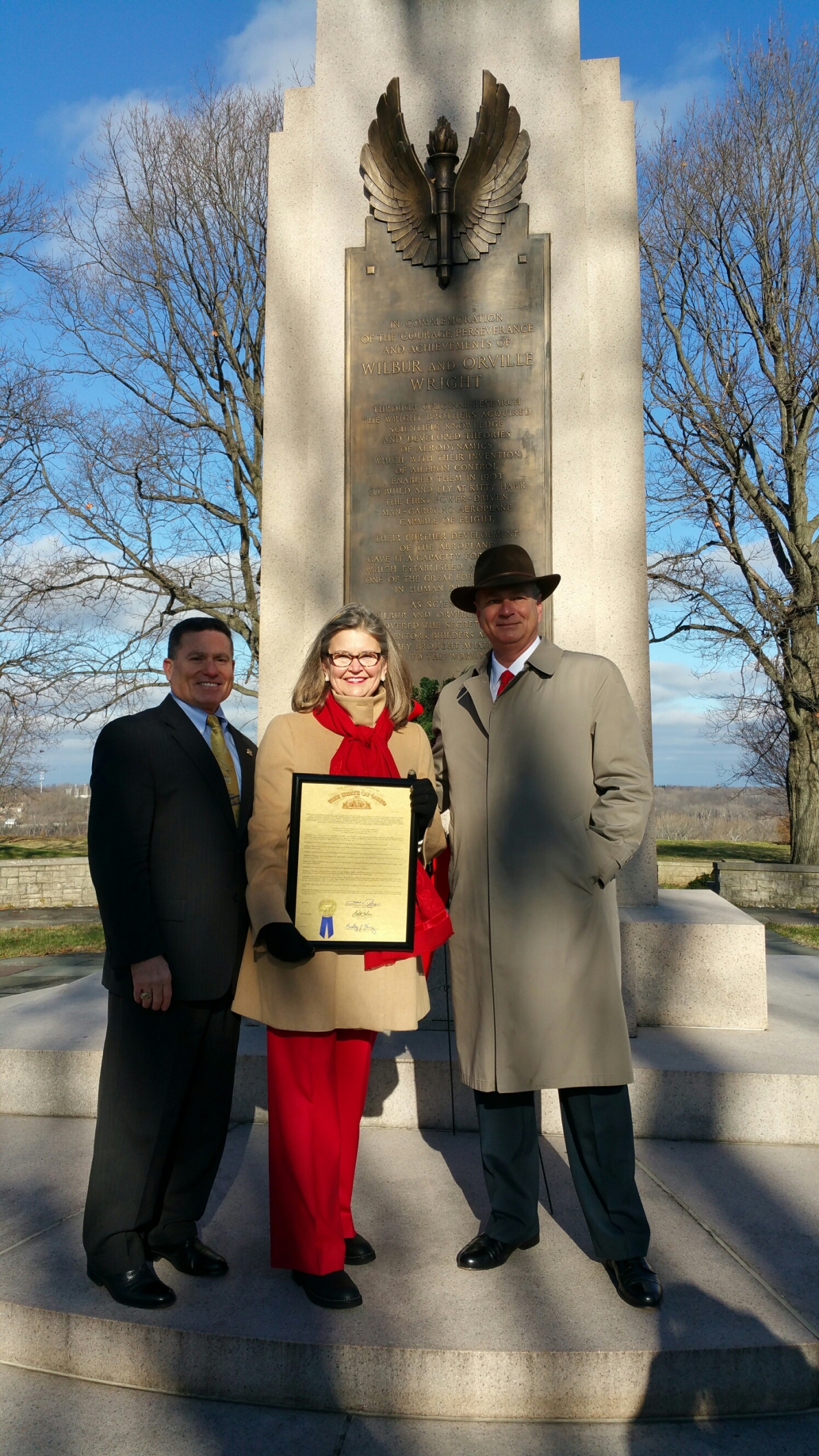 “The overwhelming majority of findings by historians and researchers say the Wright Brothers were first in flight, and to me, Connecticut’s claim was a challenge on our very heritage,” Perales said. “The Wright Brothers, with arguably the most significant technological contribution of the 20th Century, laid the groundwork for the entire aerospace and aviation industry, and I believe that we should show the country and the world that Ohioans have the ingenuity and persistence to solve problems in a big way.”

The event, held at Wright Memorial Hill, is an annual celebration of the exact moment of Orville Wright’s first powered flight in Kitty Hawk, NC. The brothers built their first powered airplanes in their bicycle shop in West Dayton, where they grew up. Both Wilbur and Orville complete to flights each that day in 1903, the longest of which was Wilbur’s lasting 59 seconds.

The factual history surrounding the revolution of aviation, as well as the first powered flight by the Wright brothers, can be found as the Wright Brothers National Memorial in North Carolina, as well as the National Aviation Heritage Area in southwestern Ohio.