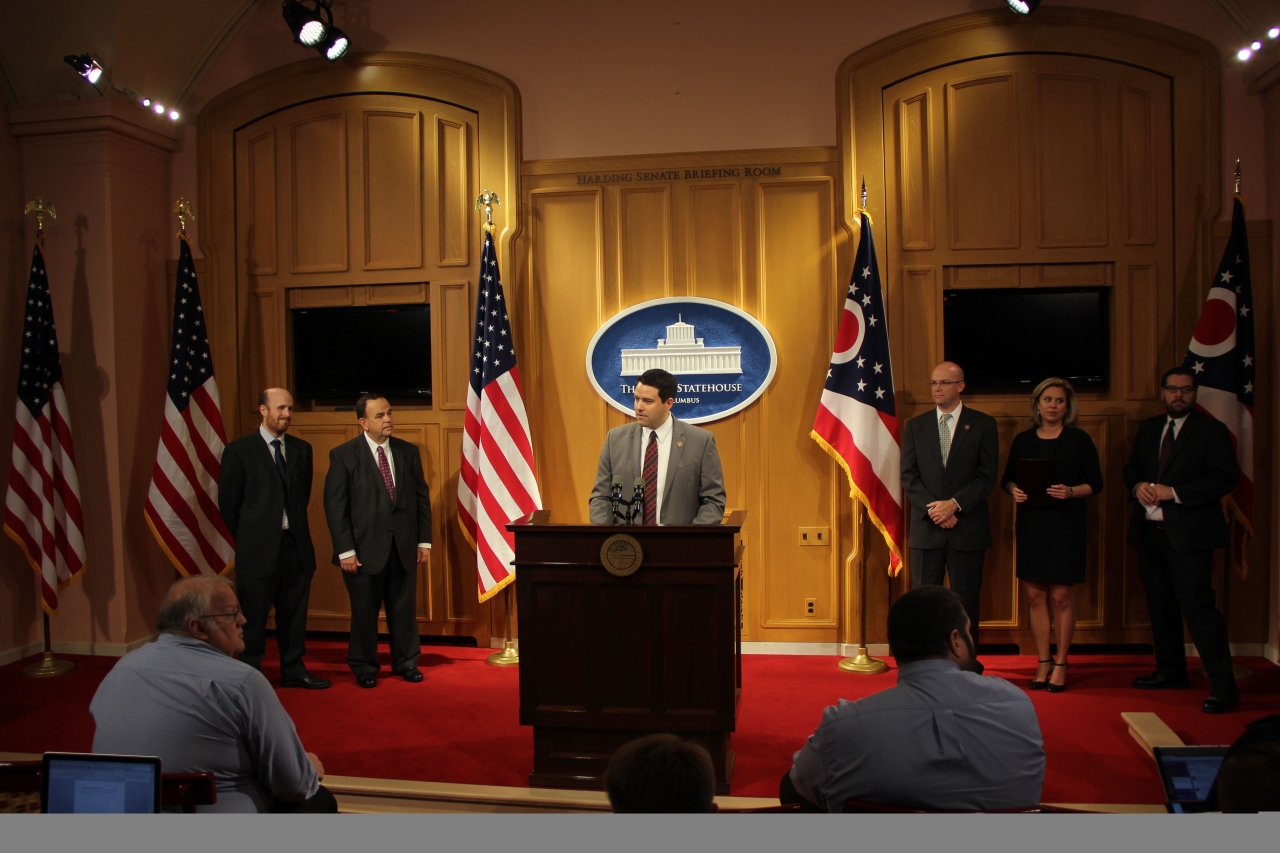 COLUMBUS—State Representative Robert McColley (R-Napoleon) today held a press conference on legislation he is introducing that will work to end the process known as “Civil Asset Forfeiture” in Ohio.

Sponsored by Representatives McColley and Tom Brinkman (R-Mt. Lookout), this piece of legislation would eliminate civil asset forfeiture under state law and would only allow for forfeiture under criminal proceedings in which an offender’s guilt has been proven beyond a reasonable doubt and the individual has been convicted of a crime. Under current law, civil asset forfeiture allows Ohio courts to take away property from citizens who have not been convicted of or charged with a crime.

“We introduced this bill not because the process is being widely abused by prosecutors or law enforcement officials, but because existing law could allow for the abuse of one’s property and Fifth Amendment rights,” Rep. McColley said. “If we are going to be a government for the people, it is vitally important that we protect the rights of Ohio citizens and that we ensure justice is served and rights are preserved in the court of law.”

“It should never be enough in Ohio, or anywhere else in America, for an agent of the government to say ‘you look guilty, we think you’re guilty, so we’re going to take your property,’” said Holly Harris, Executive Director of the U.S. Justice Action Network, during today’s press conference. “Today’s civil asset forfeiture is government overreach at its worst and I want to commend Representative McColley for stepping up, shining a bright light on this flawed process, and taking steps to make it better.”

“No one acquitted in criminal court should lose his property in civil court,” said Lee McGrath, legislative counsel for the Institute for Justice. “This change would make Ohio’s law consistent with the great American presumption that a person and his property are innocent until proven guilty.”

In addition to the Institute for Justice and the Justice Action Network, the bill is also supported by FreedomWorks, the NAACP, the ACLU and the Buckeye Institute.