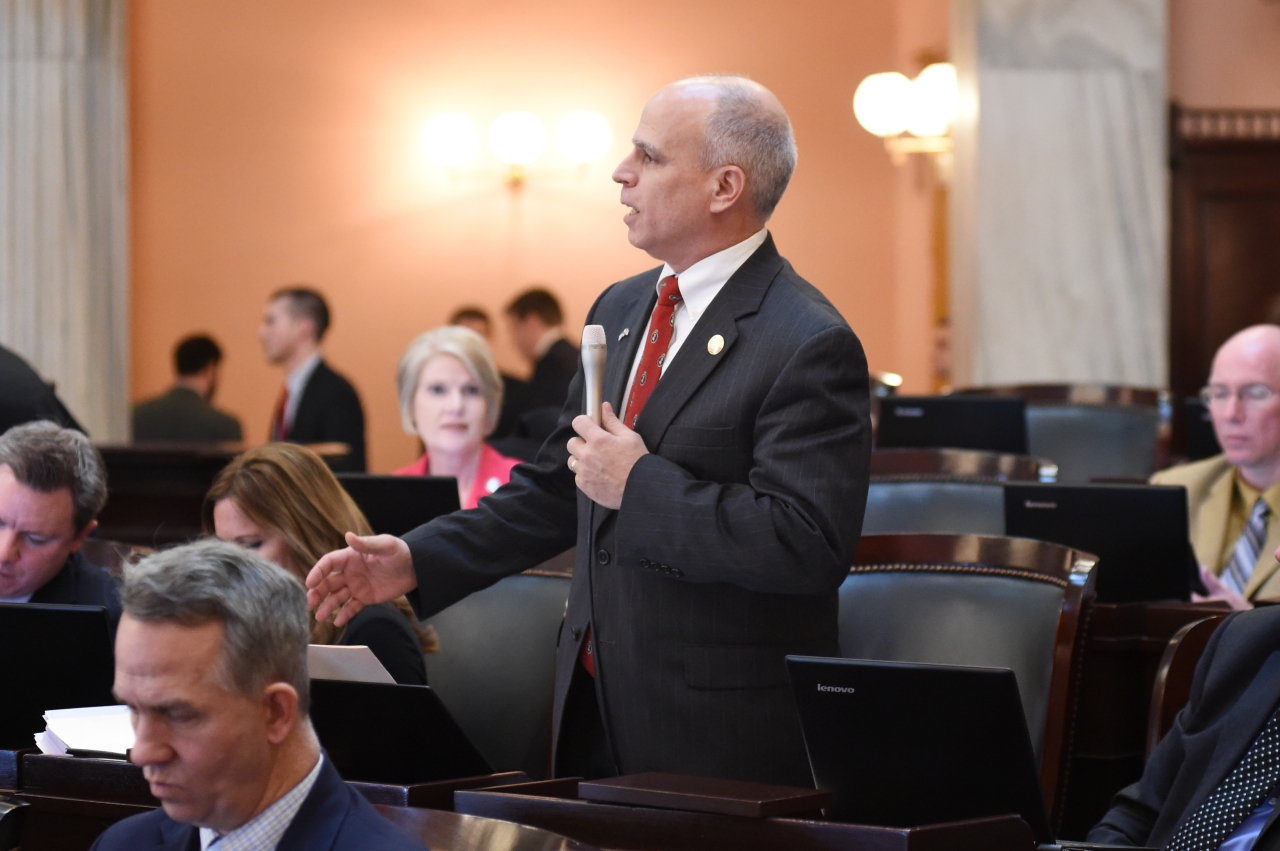 Today State Representative Kyle Koehler (R-Springfield) announced passage of House Bill 185, legislation he sponsored which simplifies the process of charging an arsonist for burning down an unoccupied building.

This legislation was prompted by the injury of a local firefighter in Rep. Koehler’s district in which a vacant home caught fire and problems arose in proving that the owner did not give the arsonist consent.

Under current law, county prosecutors must prove that the owner of an unoccupied structure did not consent to having the property burned down as an element to the charge of arson.  This bill removes that requirement for unoccupied structures and instead allows for defendants to present proof that the property owner consented as an affirmative defense to the charge of arson.

“The brave men and women who serve this state as firefighters need our continued support,” said Rep. Koehler. “HB 185 strengthens the language in the Ohio Revised Code to allow prosecutors to convict arsonists who are currently using a loophole in the current code to escape prosecution. For the safety of our communities and our local service members, it is essential that these arsonists are deterred from their actions. As legislators, it is our duty to protect the safety of these men and women who daily risk their lives.”