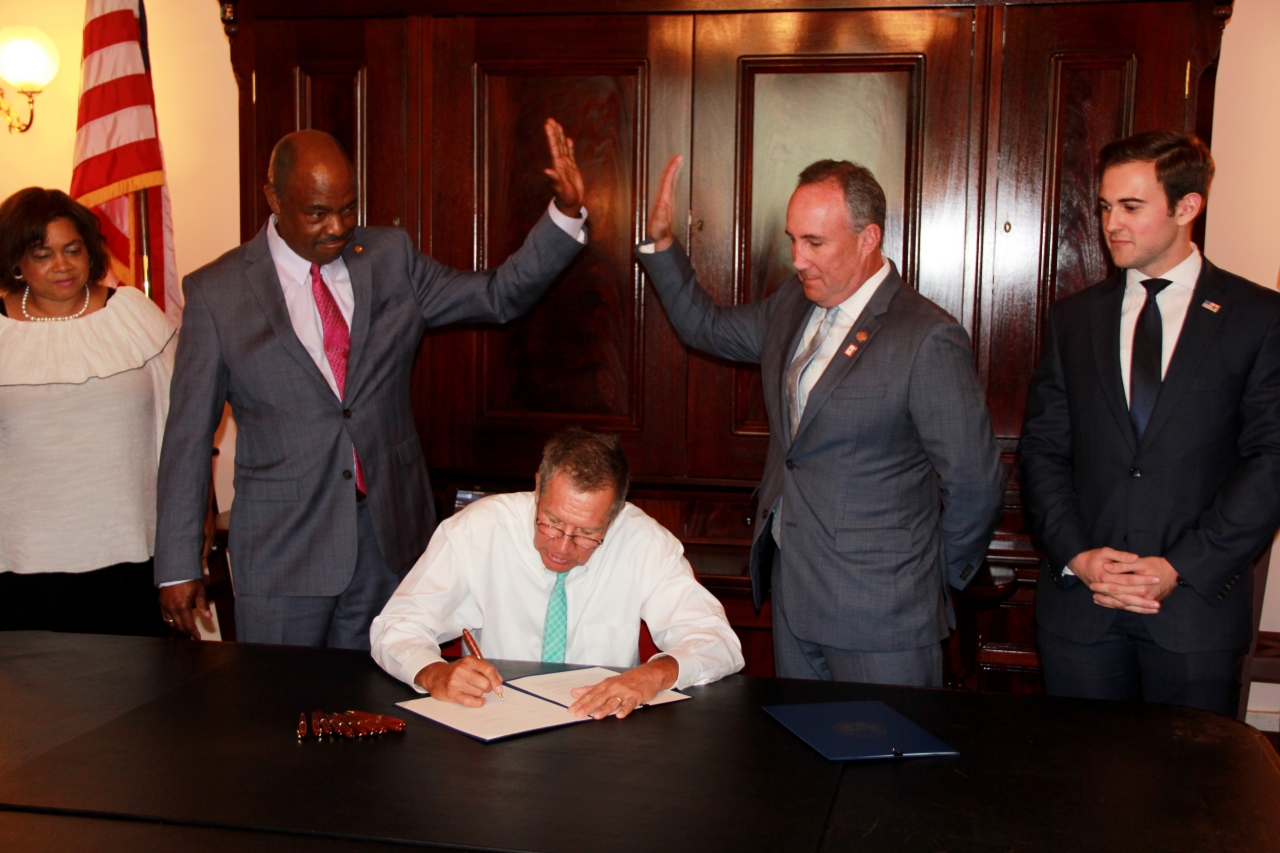 COLUMBUS - Legislation sponsored by State Representatives Dave Greenspan (R-Westlake) and John Barnes (D-Cleveland), which helps decrease the high number of Ohioans with suspended driver’s licenses, was signed recently by Governor Kasich. House Bill 336 creates a short-term program intended to help indigent Ohioans who are unable to afford the reinstatement fee or fines that they have accrued throughout their license suspension. According to bill sponsors, many of these individuals continue to drive, risking further financial repercussion for either themselves or other drivers on the road.

The “Reinstatement Fee Amnesty Initiative” establishes a temporary six-month debt reduction and waiver program for individuals who had their licenses suspended for a variety of reasons, with the exception of offenses involving alcohol, drugs or a deadly weapon. The program will set up certain eligibility requirements for a fee reduction or waiver, including the following: that the individual’s suspension has been in effect for at least 18 months, the individual is indigent, and the individual has completed all court-ordered sanctions other than paying the reinstatement fee.

An indigent person, according to the bill, is an individual who participates in the supplemental nutrition assistance program (SNAP). Additionally, if a person has reinstatement fees for multiple offenses, they must pay either the lowest fee or 10 percent of the amount owed for all such offenses, whichever is greater.

House Bill 336 seeks to help Ohioans who may not have the extra funds to pay the fees and are trying to get back on their feet. The bill would incentivize individuals to legally reinstate their license, keep their insurance coverage, and prevent them from continuing to drive on a suspended license.

The bill will become effective in 90 days.