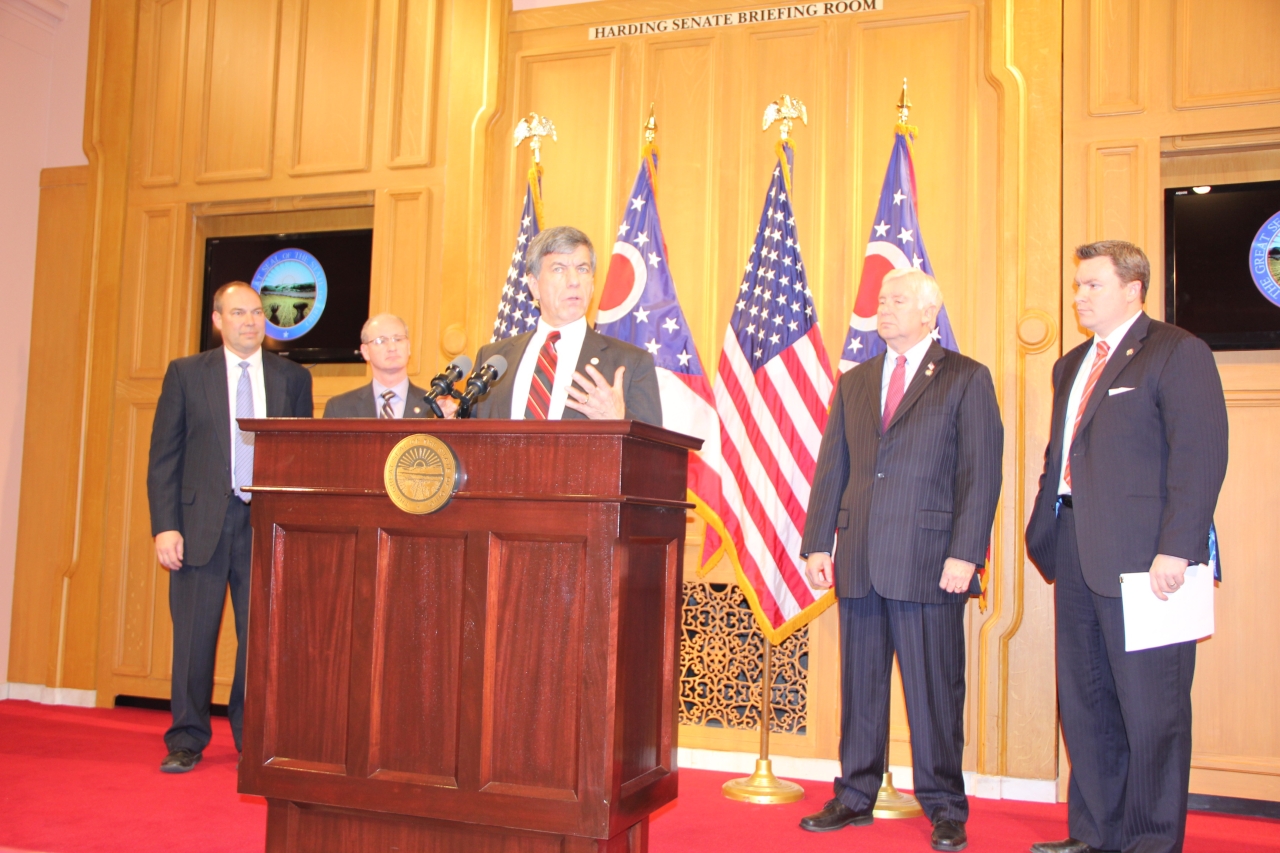 State Representatives Mike Duffey (R-Worthington) and Al Landis (R-Dover) joined Senators Bob Peterson (R-Sabina) and Bill Beagle (R-Tipp City), along with Ohio Tax Commissioner Joe Testa today to introduce legislation that will require the Ohio Department of Taxation to notify Ohio businesses when they overpay their taxes and provide automatic refunds in the form of credits toward future taxes.

House Bill 402 and Senate Bill 263 add the requirement to the tax commissioner’s statutory duties and functions that taxpayers be notified of overpayments so they can claim a refund or allow the money to be credited toward their future taxes.

“It’s hard to believe that the Department of Taxation did not notify taxpayers when they overpaid,” Rep. Duffey said. “I would expect this to be standard practice, as well as automatic refunds or rollovers. Thankfully, Governor Kasich has embraced reforming this longstanding practice.”

“When a taxpayer makes an overpayment to the state, there is no question that the money belongs to the taxpayer and should be returned,” Sen. Peterson said. “Through this legislation, we are making certain that future tax commissioners will be required by law to do the right thing and return these overpayments back into the pockets of the taxpayer where it belongs.”

Under current law, overpayments may be refunded, but only upon request and only during the first three or four years, within the statute of limitations. The newly introduced legislation would ensure that taxpayers are notified no later than 60 days before the end of that three- or four-year period.

“I was surprised to discover Ohio taxpayers were not being notified of these overpayments unless they made specific inquiries,” Rep. Landis said. “The State of Ohio should actively notify these businesses so that they have the opportunity to claim the refund they deserve.”

“We have been working hard to make Ohio a state that is friendly to business so we can attract jobs and grow our economy,” Sen. Beagle said. “These tax overpayments do not belong in the state’s treasury; they belong in our economy investing into Ohio’s businesses, workers and families. This bill locks that philosophy in as Ohio law.”

The new legislation is being introduced in an effort to prevent future tax overpayments from being claimed by the state without protections for Ohio taxpayers.