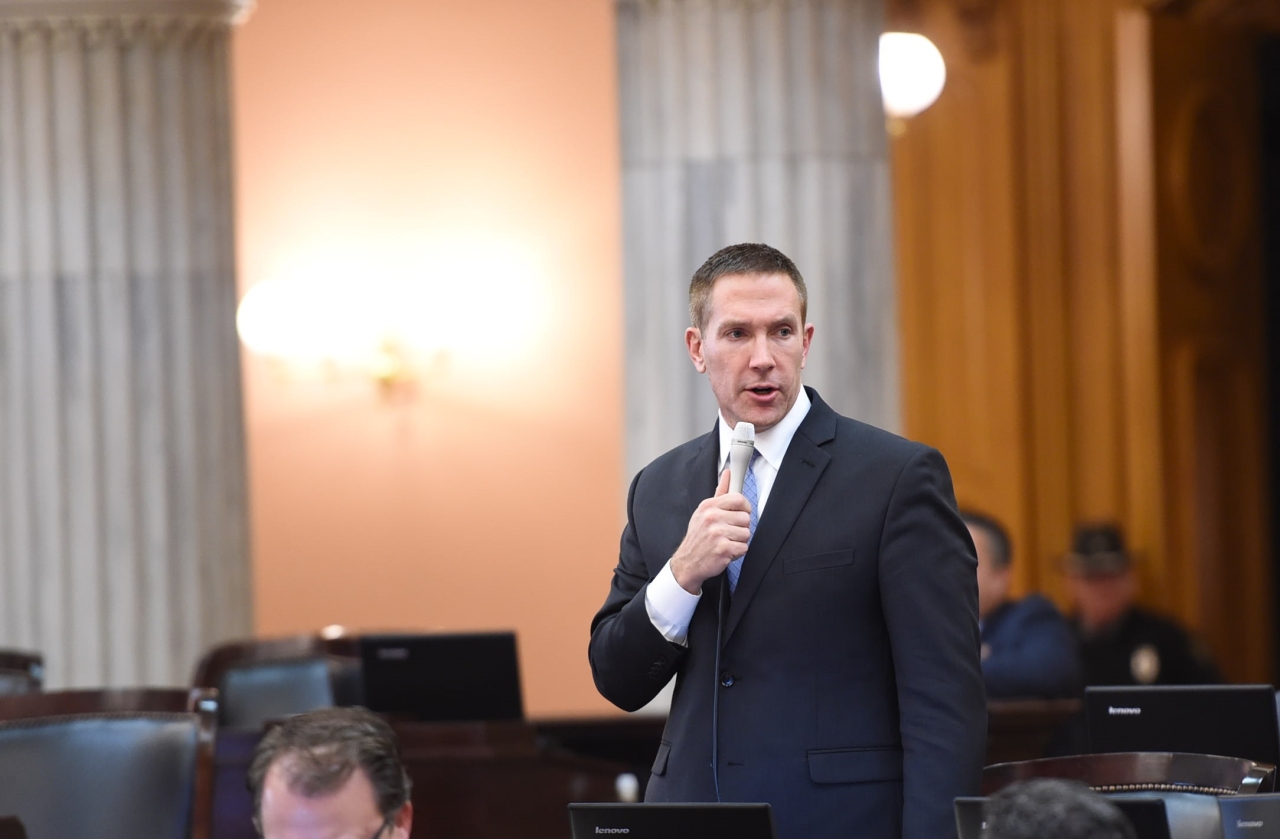 COLUMBUS—State Representatives Jim Butler (R-Oakwood) and Rick Perales (R-Beavercreek) today applauded the Ohio House for passage of legislation they joint sponsored that addresses a top concern for military families when relocating to Ohio.

House Bill 716 requires state occupational licensing agencies to issue temporary licenses or certificates to military members and spouses who are licensed in another state and move to Ohio for active duty. This legislation requires a six year temporary license be automatically granted if the individual holds a license or certificate in good standing in their previous state of residence.

Representatives Butler and Perales both veterans and serving in districts encompassing Wright-Patterson Air Force Base understand the importance of supporting Ohio’s service members, along with their families.

“This legislation addresses the hardships many military spouses face with occupational and professional licensing requirements,” said Rep. Butler. “We owe it to our active service members and their families who already give up so much to serve our country to provide a quick and easy path to practice their desired professions in Ohio.”

“House Bill 716 will keep our warfighters’ spouses with professional licenses employed here in Ohio,” said Rep. Perales. “This is one of the top priorities of the DoD’s family policy office, which will expand our state’s intellectual capacity, as these professionals contribute their talents to Ohio, and will prevent the all too common occurrence of military families becoming separated due to working constraints. Our warfighters and their families have sacrificed so much, and this bill is one small way Ohio can say thank you and make their lives easier when joining our communities.”

Committee testimony outlined the need for this kind of legislation on both a statewide and national level in order to solve a primary issue reported by servicemen and women when they transfer to a new location. In addition to addressing occupational licensing, the bill aims to improve Ohio's competitiveness in attracting new missions for military bases in Ohio.

House Bill 716 passed with bipartisan support and will now go to the Senate for further consideration.