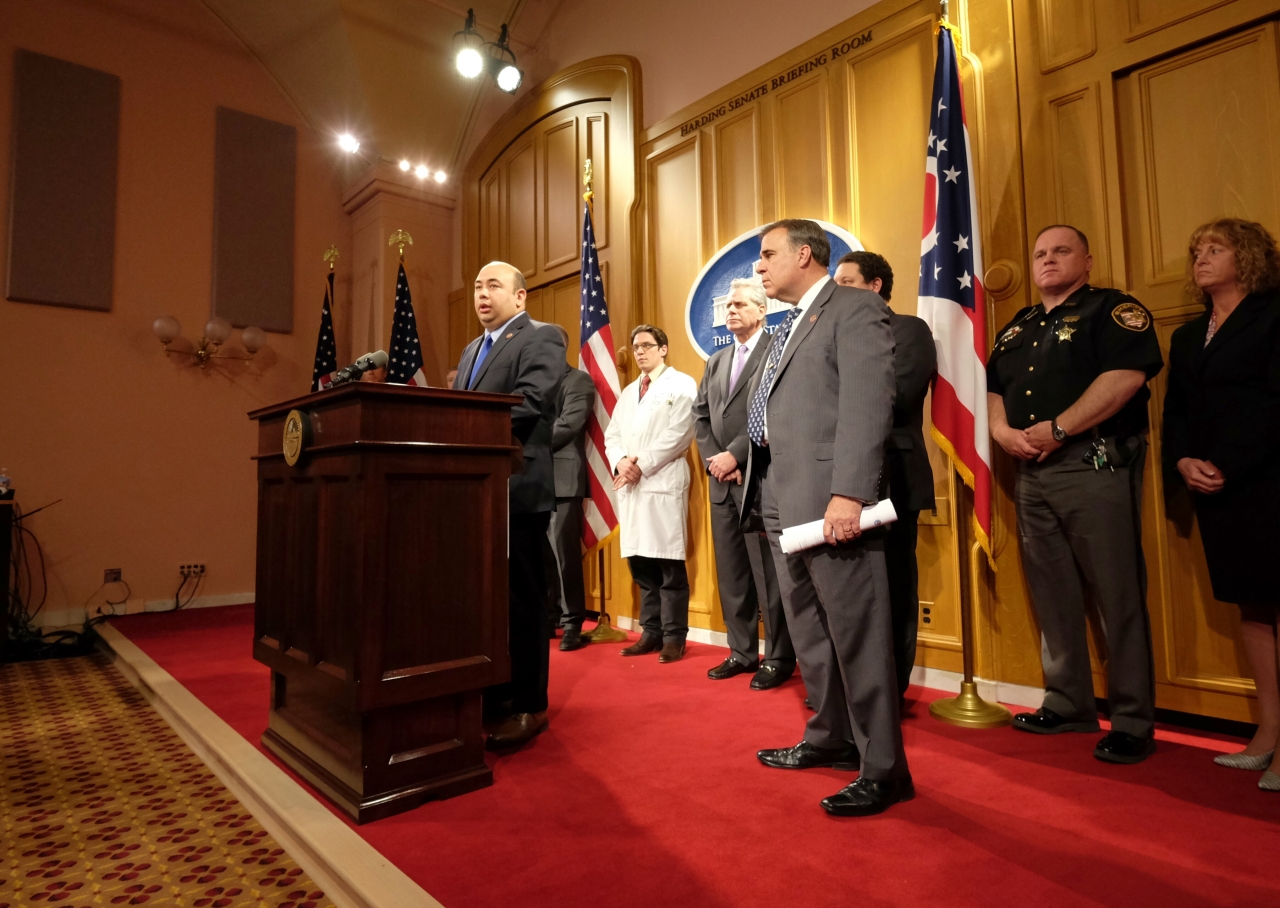 “The task force was created with no preconceived ideas or results in mind,” said Schuring, who chaired the task force. “Our goal was simply to bring diverse and divergent opinions together to start a conversation and to gather as much information about the subject as possible.”

The task force held seven hearings in all and heard about 25 hours of testimony from more than 100 individuals who testified on all sides of the medical marijuana debate. Among those who testified were medical professionals, experts from around the country, Ohioans suffering from pain and illness, employers, law enforcement officers and representatives from drug addiction facilities.

“I first want to applaud Representative Schuring for his diligent work in chairing the task force and for the members of the panel who devoted so much of their time so that Ohioans could have the opportunity to share their voice,” Rosenberger said. “As this process moves forward, I believe it is imperative that our efforts focus solely on medical marijuana and its implications, while remaining steadfast in our mission to fight against the state’s drug addiction problem.”

During the press conference, the legislators also discussed some of the steps moving forward, including legislation that is planned to be introduced this week, which will be sponsored by Rep. Stephen Huffman (R-Tipp City).

The legislation would create the Medical Marijuana Control Commission, a nine-person panel appointed by the Governor, Senate President and House Speaker. The commission would be responsible for closely regulating marijuana policy in Ohio, including licensing entities involved in the process such as cultivators, retail dispensaries, independent labs and physicians. The bill would allow only for licensed physicians to recommend and dispense marijuana for medical purposes.

“As members of the Ohio House, we are elected to lead, and that is what we are doing by forming the Medical Marijuana Control Commission,” Huffman said. “With this bill, we will be able to regulate operations, ranging from growing to manufacturing, as well as various medical conditions, and we’ll be able to change it in the future as the issue continues to evolve.”

If signed into law, medical marijuana legalization would be phased in over a two-year period: One year to promulgate rules and another year to move forward for implementation. From seed to sale, medical marijuana would be tightly regulated and taxed.

Also under the bill:
• Home-growing marijuana is prohibited
• The Commission will conduct background checks on all applicants
• The Commission will establish and maintain a record containing the number of patients and medical conditions for which medical marijuana is recommended
• The General Assembly and Administration will advocate Congress and the US Drug Enforcement Administration to reschedule marijuana from Schedule I to Schedule II
• The General Assembly shall create an incentive program for institutions of higher learning and medical institutions to perform academic and medical research
• Minors must have consent from a parent or guardian to use medical marijuana