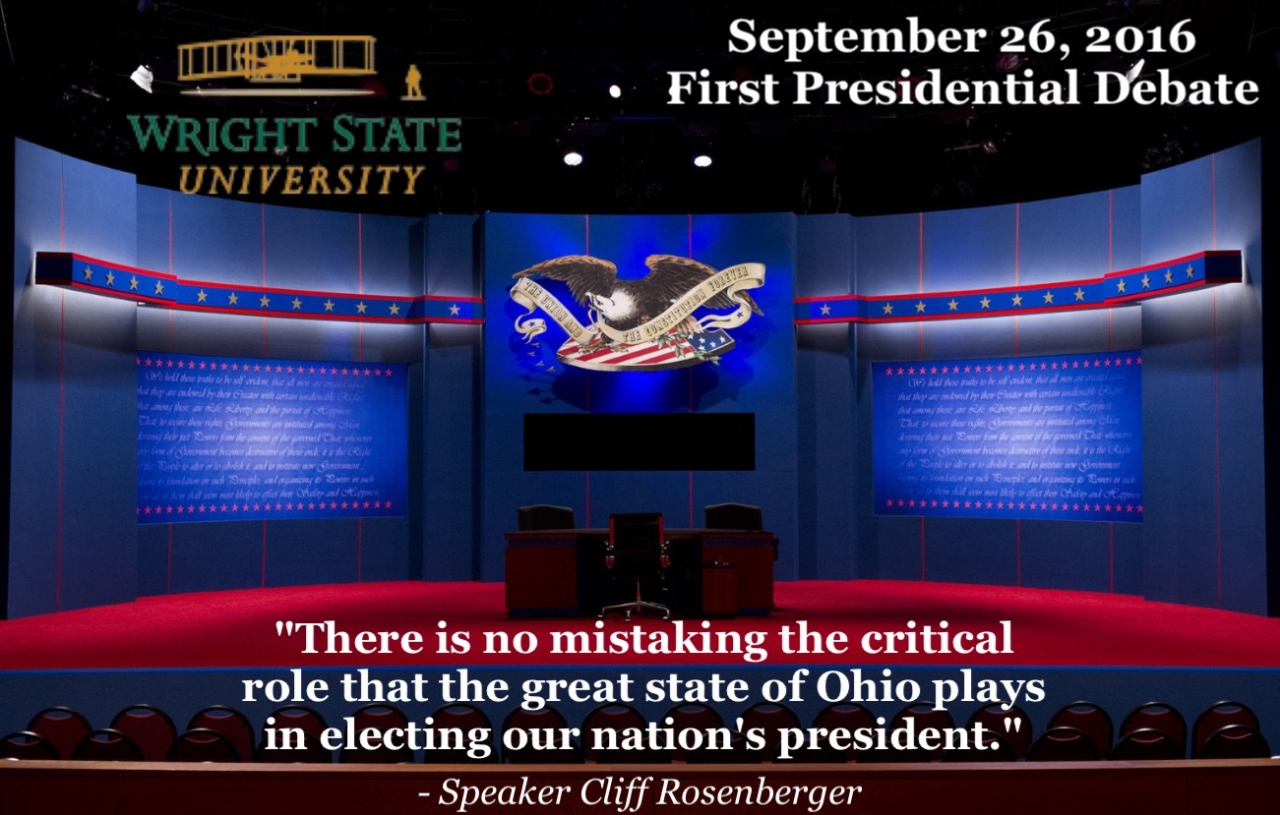 COLUMBUS—Speaker of the Ohio House, Clifford A. Rosenberger (R-Clarksville) today released a statement regarding the recently announced location of the first presidential debate, which will take place at Wright State University on September 26th of next year.

“I am honored and thrilled that my alma mater, Wright State University, will host the first presidential debate of the 2016 election next fall. With Ohio hosting the Republican National Convention in Cleveland and the first presidential debate near Dayton, there is no mistaking the critical role that the great state of Ohio plays in electing our nation’s president. With this exciting announcement, Wright State has an opportunity to showcase everything it has to offer.  I look forward to the state partnering with the university to ensure that this important event in our democracy is successfully executed.”