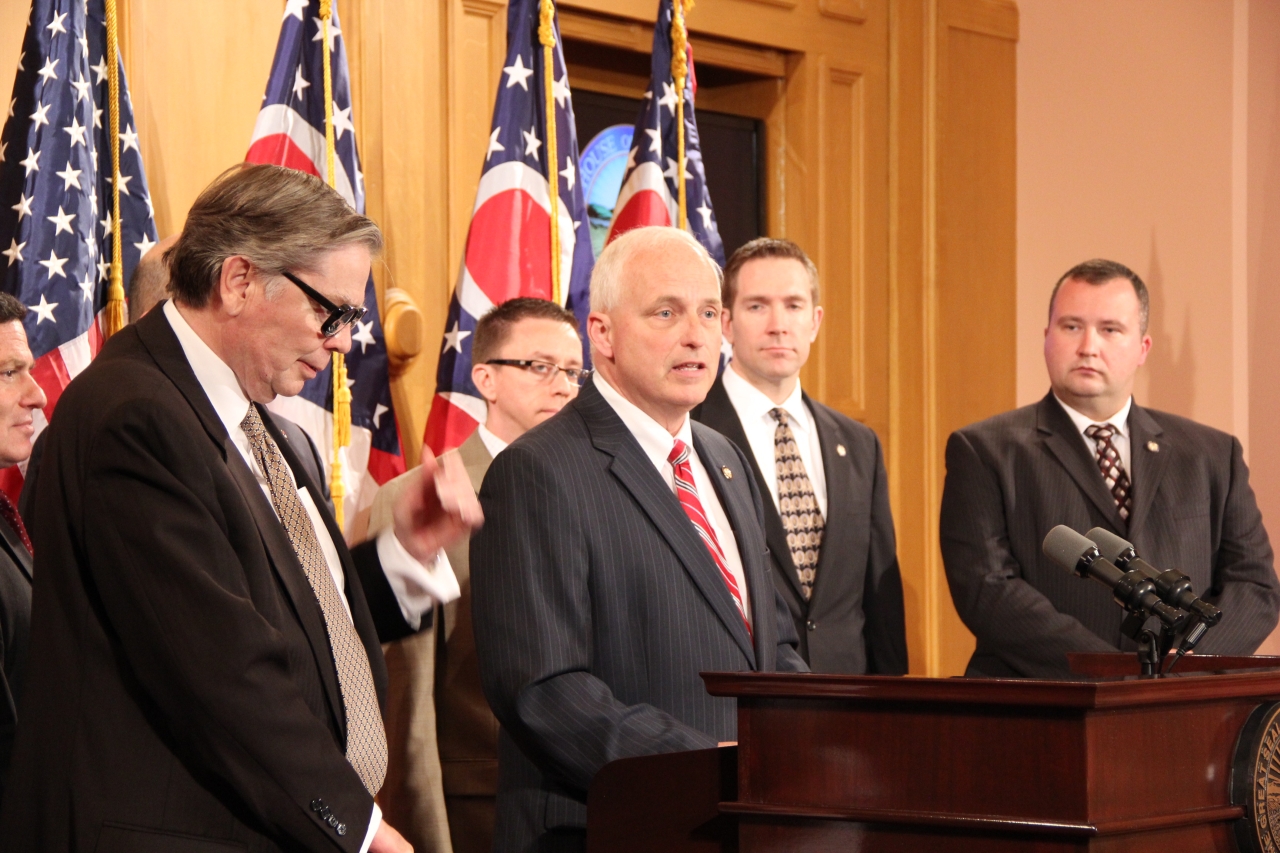 Speaker of the Ohio House William G. Batchelder (R-Medina) and State Representative Terry Johnson (R-McDermott) today were joined by members of the House veterans caucus in demanding that veterans’ disability benefits be administered by Washington in a significantly more timely fashion, an issue that has continued to worsen over the past several years.

The United States Government Accountability Office reports that between fiscal years 2009 and 2012, the average length of time for the Department of Veterans Affairs to complete a disability claim increased from 161 days to 260 days, and that the number of backlogged claims—which have been awaiting a decision for more than 125 days—has more than tripled since September 2009. The office also reports that appeals processing at the department’s regional offices has slowed by 56 percent over the past several years.

“We make a contract with our military personnel when we put them in the field,” said Rep. Johnson. “We tell them, ‘Go and defend our nation, and when you come home, we will take care of you and your family.’ So we urge the president of the United States and we urge the Veterans Administration to do all they can to rectify the situation as quickly as possible.”

The U.S. Department of Veterans Affairs disability benefits program provides monetary support to veterans whose military service has caused or aggravated a disabling medical condition. The number of veterans applying for disability benefits has increased in recent years because of the large number of new veterans and the expansion of eligibility for benefits for certain service-connected diseases.

The House Republicans hope that HCR 21 will stress the urgency of rectifying this issue, making the process more efficient, and giving veterans access to much-needed benefits.

To view the press conference in full, please follow the link: http://www.OhioChannel.org/MediaLibrary/Media.aspx?fileId=138958