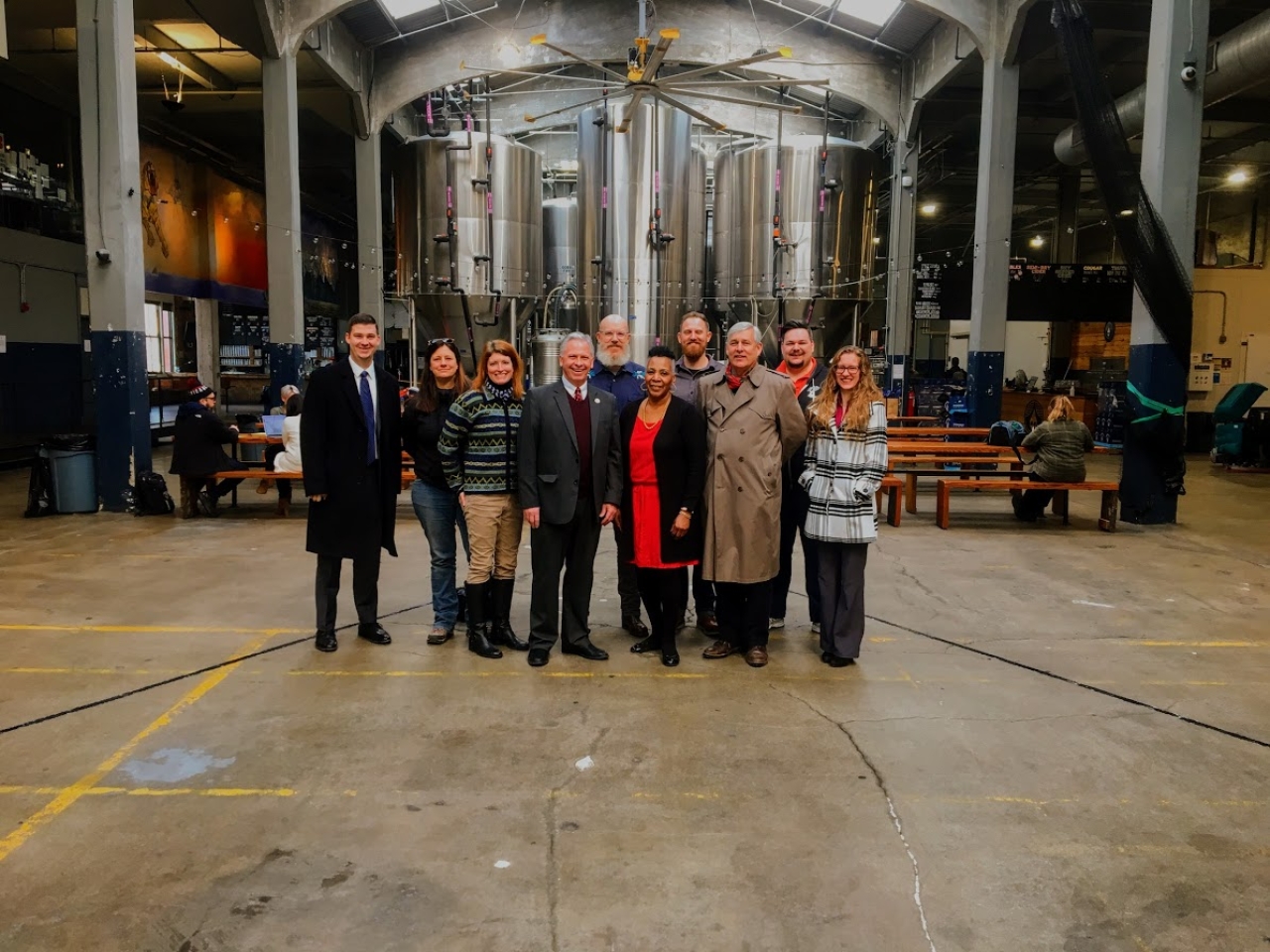 “The goal of the Ohio Proud Craft Beer Act is to support every industry that plays a part in brewing craft beer,” said Hambley. “This legislation not only supports Ohio barley growers, hop and fruit farmers, maltsters and craft brewers, but also consumers who want to know that what they are drinking was grown right here in the Buckeye State.”

As part of an advocacy and education effort for the Ohio Proud Craft Beer Act, Hambley and Sweeney toured the state with other state representatives to visit business owners from every step of the brewing process. In Cleveland, the legislators visited Butcher and The Brewer and Market Garden Breweries, Haus Malts, West Branch Malts, and Barn Talk Hops. In the Columbus area, the destinations were Rustic Brew Farm and Land Grant Brewery. In Cincinnati and Dayton, the group visited Rhinegeist Brewery, Warped Wing Brewery, and Little Miami Farms.

“This bill is all about Ohio,” said Sweeney. “There are great things happening with the craft beer scene in our state. Now Ohioans can be Ohio proud and the country can see what Ohio is all about.”

According to the Ohio Craft Brewers Association, Ohio is fourth in the nation in craft beer production, with a statewide economic impact of $2.67 billion in 2016. Additionally, since 2012, the number of craft breweries operating in Ohio has risen from 63 to 254, with 88 new breweries currently in planning. This accounts for more than 15,000 jobs supported by the industry.

House Bill 509 is now awaiting referral to a committee where supporters of the bill will tout the advantages to the industry. Proponents of the Ohio Craft Beer Act include the Ohio Farm Bureau, Ohio Corn and Wheat Growers Association, Ohio Craft Brewers’ Association, the Ohio Hop Growers’ Guild, and many breweries and barley maltsters around the state.