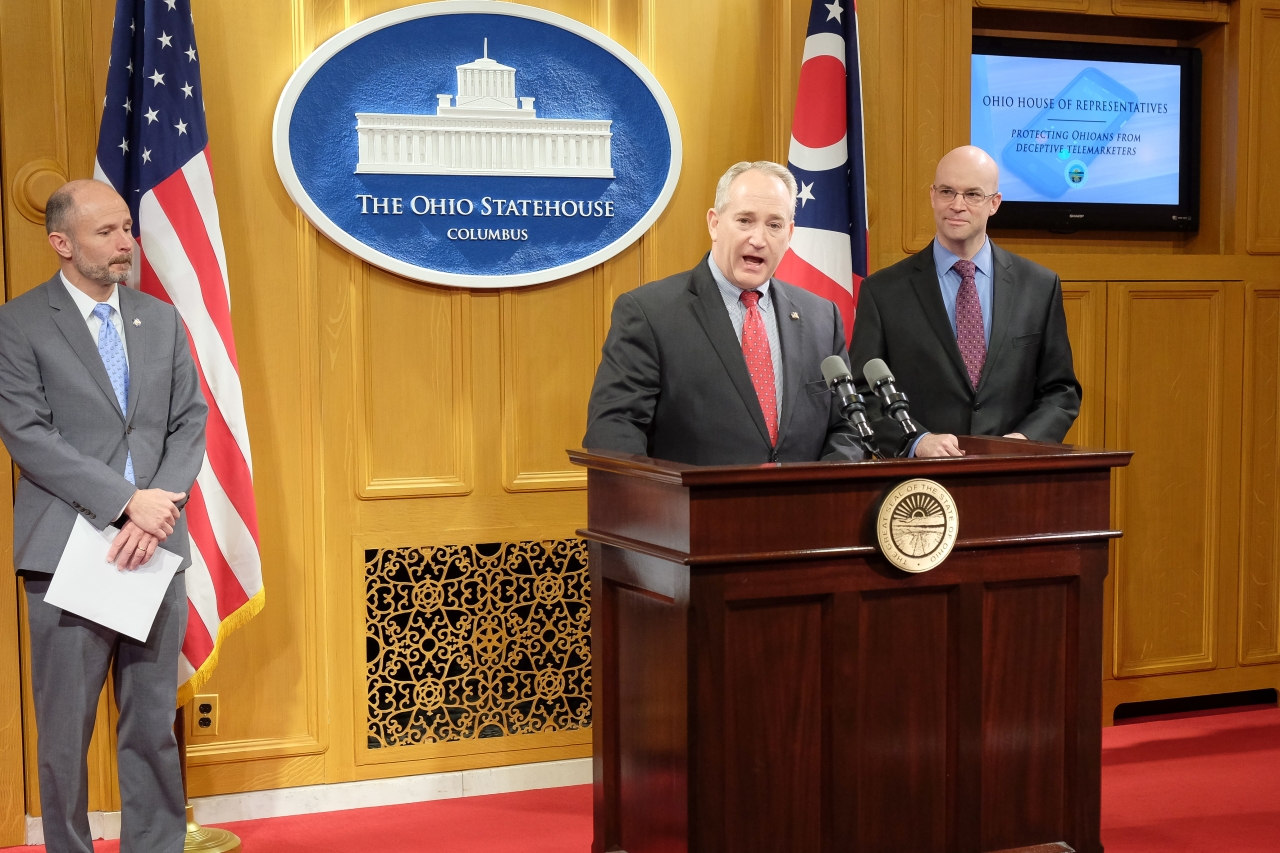 House Bill 597 addresses the issue that many Ohioans face when they see a number calling their phone, using their same area code, and they answer not knowing that it is a telemarketer. The practice of “spoofing” happens when individuals steal a phone number, from a person or business, and use it to contact unsuspecting individuals.

“I have received calls from people asking why I just called them, when I didn’t,” Rep. Faber said. “This affects everyone. It interrupts our dinner time, our work day, our daily routines and it fools our family, friends, colleagues, and community members. In today’s society, our phones are an extension of ourselves, and using someone else’s number and pretending to be someone else is identity fraud and should be treated as such.”

It is important to the note that the penalties do not apply to those using “unknown” or “blocked” phone numbers. In addition, a person injured by a violation shall have a cause of action and be entitled to remedies including the goods and services agreed to without an obligation to pay.

“This bill is about the consumer, especially protecting our senior citizens and others in the protected class,” Rep. Dever said. “These penalties are serious and demonstrate how serious Ohio is about protecting its consumers. It is hard to tell who is behind the screens these days and it is time to bring some transparency to our phones and defend our ownership of our phone numbers.”

Auditor Yost attended the press conference and highlighted the importance of this legislation.

“For too long, consumers have been paying for phones only to have them hijacked by unscrupulous scammers and telemarketers who spoof their numbers using whatever methods they can to get a consumer to answer the phone. Once they answer a spoofed number, consumers are too often further led into deceitful actions to steal their identity,” said Auditor Yost. “The legislation introduced today is long-overdue for many consumers. It will help to protect consumers from the trickery of not knowing who is really behind the numbers on their caller ID. With the passage of this legislation, those caught using caller ID information in the future to mislead consumers will face a fourth-degree penalty.”

“Faked phone numbers are just another tool criminals, scammers, and cheats use to exploit vulnerable, hard-working Ohioans,” said DeWine. “Whether it’s a criminal calling pretending to be from the IRS, or a debt collector using a number that belongs to your county auditor, it’s abusive and we need to shut it down. This bill gives the Attorney General’s Office and local law enforcement a way to go after these people, and I applaud Reps. Faber and Dever for introducing it.”

The bill was dropped today and will now be assigned to a House committee for further review.