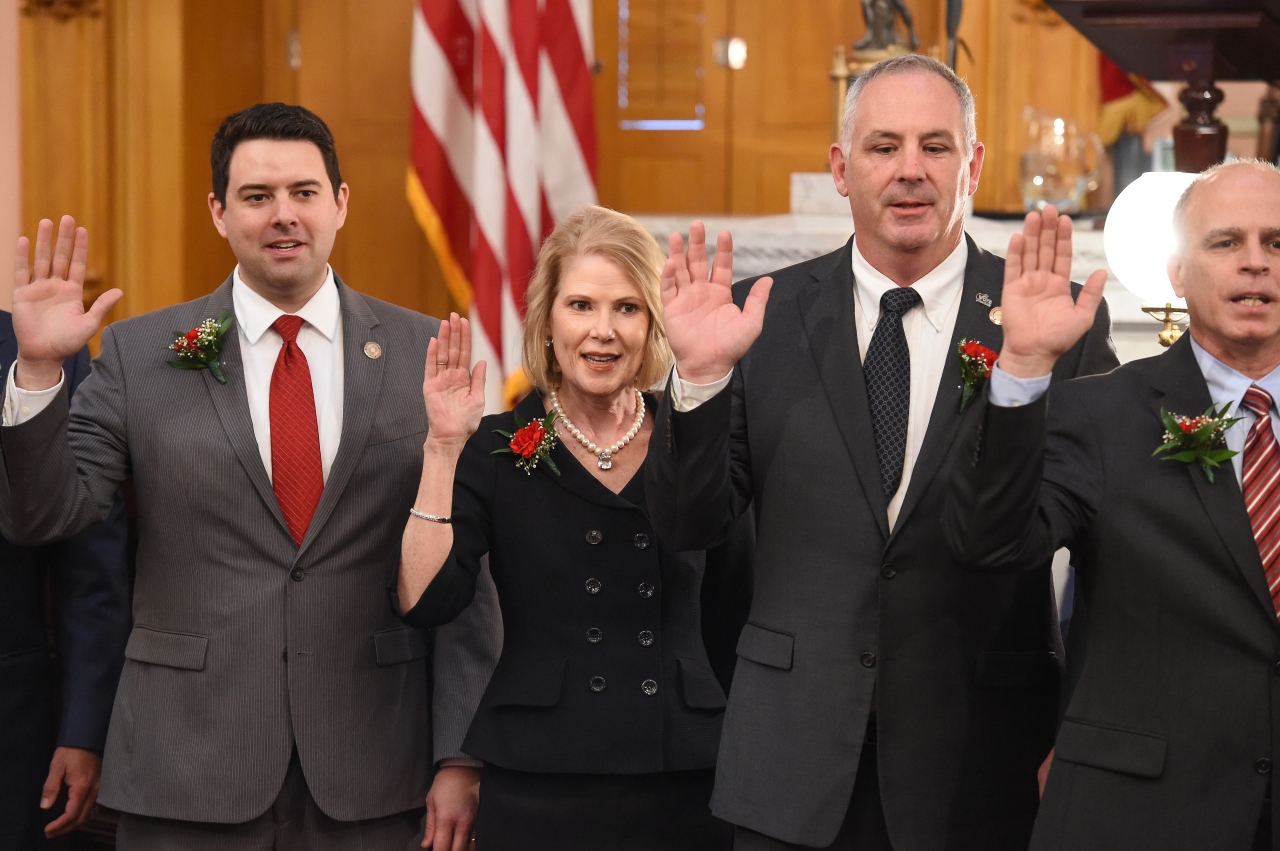 COLUMBUS—State Representative Rob McColley (R-Napoleon) today was sworn in as a member of the Ohio House of Representatives and as the Assistant Majority Whip for the 132nd General Assembly. He represents the 81st Ohio House District, which includes Putnam, Henry and Williams counties, as well as part of Fulton County.

“It is truly an honor to have the opportunity to serve the constituents of the 81st house district for another legislative term,” Rep. McColley said. “Many great things were accomplished by our legislature in the 131st General Assembly and I look forward to continuing that hard work to help make Ohio the best it can be.”

McColley graduated from Napoleon High School in 2003 and then went on to attend The Ohio State University, where he earned a Bachelor of Science in Business Administration with a major in Finance. He then attended the University of Toledo College of Law and graduated with a Juris Doctorate in 2010.  Prior to being elected to the House, he served in the Community Improvement Corporation of Henry County, where he oversaw economic development efforts for the county and worked to improve local workforce development efforts between manufacturers and schools in Henry and Williams counties.  Rob and his wife Denise live in Napoleon with their daughter, Anna.