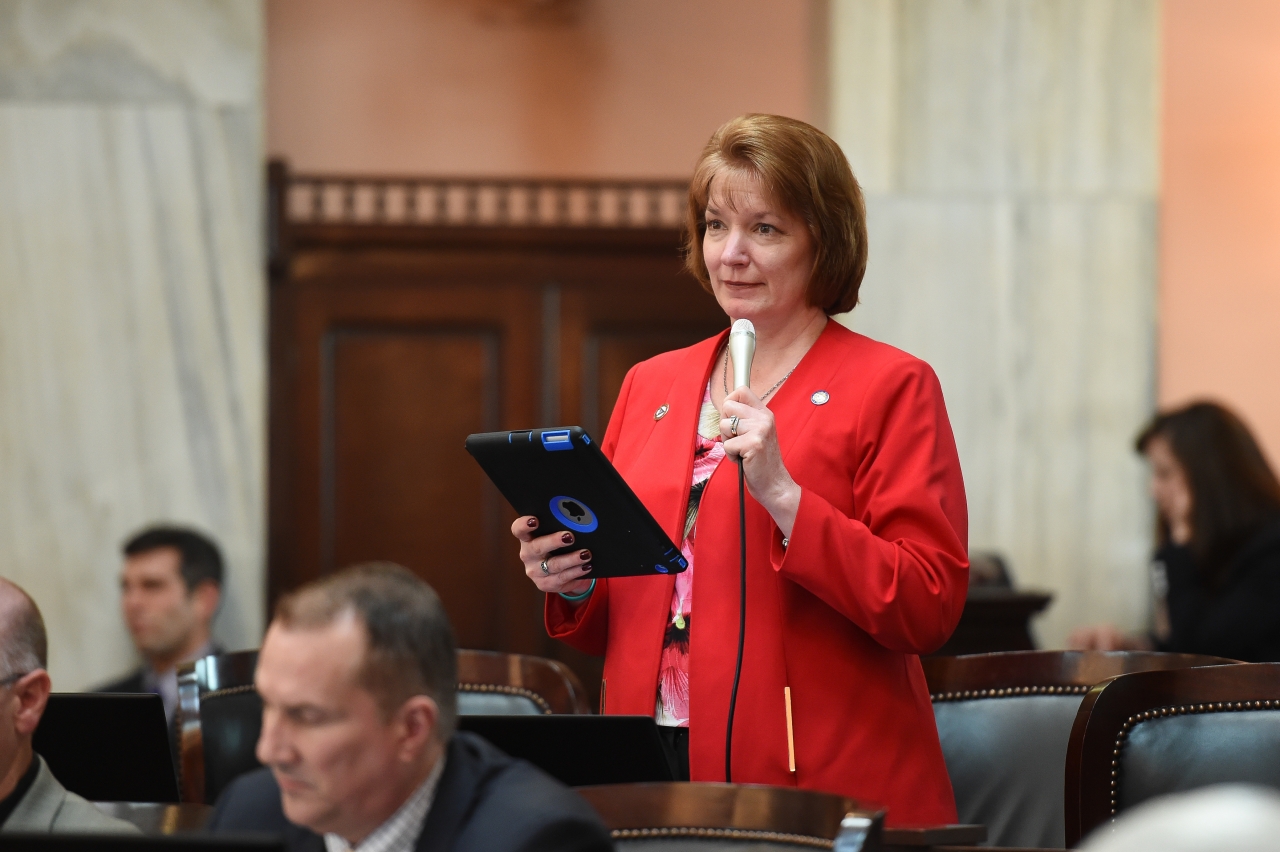 COLUMBUS – State Representative Marlene Anielski (R-Walton Hills) voted in favor of numerous pieces of legislation during a lengthy House Session. The Session calendar covered a wide range of bills, from cursive handwriting being taught in schools, to legislation recognizing our local heroes.

“I’m proud to support these pieces of legislation which will serve to benefit Ohioans everywhere,” Rep. Anielski said. “As we continue to address areas of concern for our constituents, reforms in the justice system and elimination of outdated education laws had legislation passed in the Chamber.”

• H.B. 58 – Gives school districts the opportunity to teach cursive writing to students, since it is currently not a requirement.

• Sub H.B. 231 – Contingent upon an appropriation, the bill would require the State Board of Pharmacy to administer a two-year pilot program that would dispense Schedule II controlled substances in lockable or tamper-evident containers.

• Sub H.B. 365 – Also known as the “Reagan Tokes Act,” the legislation makes reforms to Ohio’s criminal justice system in response to the shortfalls that were exposed by the death of Reagan Tokes, an Ohio State University student.

• H.B. 383 – Requires any child care providers licensed by the Ohio Department of Job and Family Services to notify parents if ODJFS determines that the provider allowed serious risk to a child’s safety.

• Am. H.B. 406 – Adds forensic mental health providers, mental health evaluation providers, and regional psychiatric hospital employees to the list of professions whose personal information is exempted from public record in order to keep them safe.

• H.B. 513 – Grants surviving spouses of a peace officer, firefighter, EMT, or paramedic killed in the line of duty a $50,000 homestead exemption.

• H.B. 522 – Allows holders of F-class liquor permits, which are issued for festivals or events with short durations, to sell beer or liquor in outdoor refreshment areas designated specifically for the purchase and consumption of alcohol.

• Sub H.B. 541 – Allows out of state licensed healthcare professionals to provide healthcare services as a volunteer during a charitable event without obtaining a permanent Ohio license.

• H.B. 548 – Permits motorcyclists to wear ear-plugs while on Ohio’s roads.

• H.B. 552 – Changes the law related to companion animals and animal euthanasia, including allowing dog wardens to use a tranquilizer gun to capture animals without having a veterinarian present, adding safeguards for which facilities and officers are able to chemically capture animals, and prohibiting shelters from using gas chambers to euthanize domestic animals.

• Sub S.B. 4 – To help combat human trafficking, the bill allows victims of compelled prostitution to apply for expungement of related convictions after being victimized. The bill also allows intervention in lieu of a conviction for those charged with committing an offense while a victim of compelling prostitution.