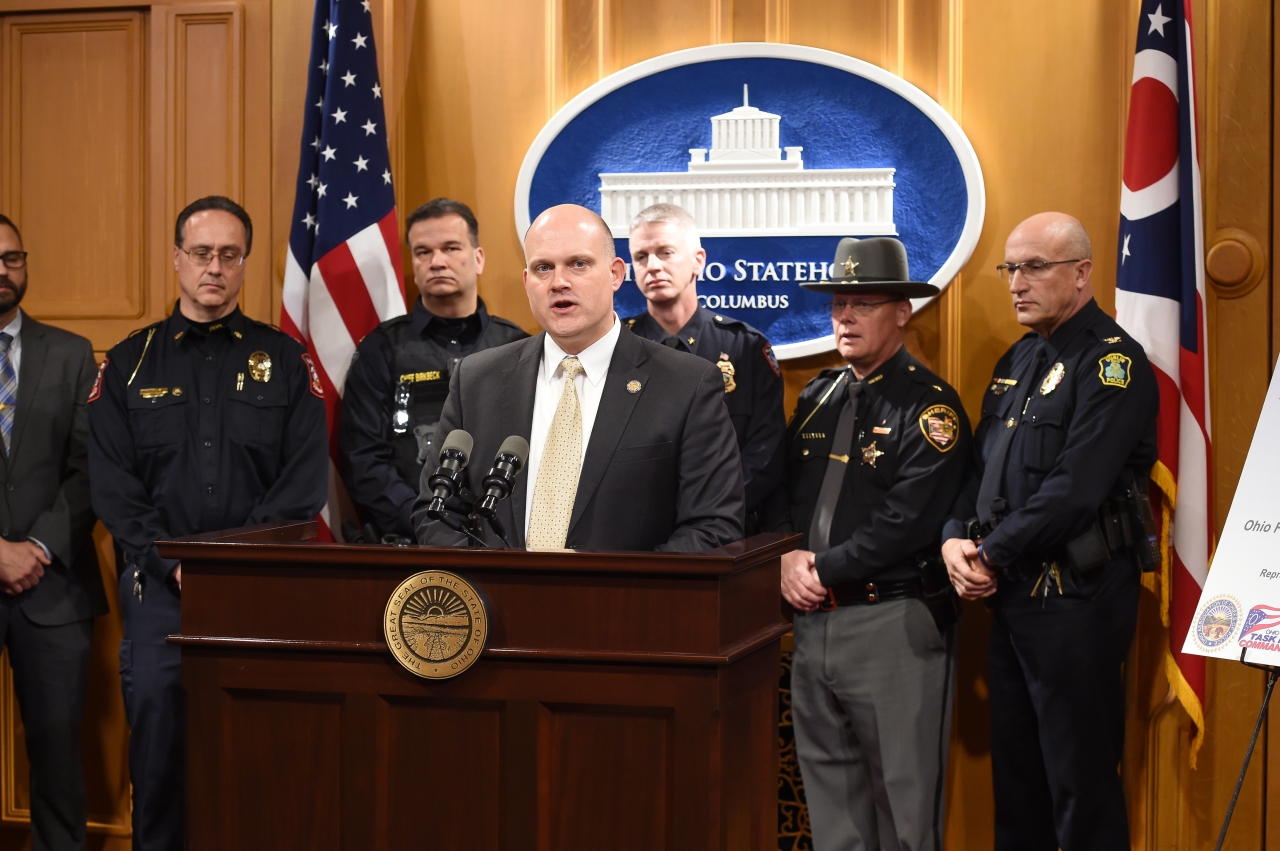 “Drug abuse, addiction, and trafficking has wreaked havoc on countless families and communities of the Buckeye State,” said Wiggam. “With the large demand for heroin in Ohio, foreign drug cartels and out-of-state drug traffickers have crept into our neighborhoods, selling death to the addicted, with little fear of the consequences of their actions. It is time we take our communities back from these criminals.”

The Drug Trafficking Deterrence Act would increase current felony charges for trafficking various schedule I or II drugs, including heroin, fentanyl, and cocaine, and would require a prison sentence that corresponds with that felony level. This legislation also strengthens criminal penalties throughout the drug trafficking code to further deter offenders from profiting off the sale of illicit substances.

Wiggam says in crafting the legislation he heard from prosecutors who have seen many drug traffickers walk out of courtrooms with minor punishments, and law enforcement officials who have arrested drug dealers only to see them back on the streets weeks later. The Ohio Prosecuting Attorneys Association, Ohio Association of Chiefs of Police, the Ohio Task Force Commanders Association, and the Buckeye Sheriffs’ Association have all thrown their support behind the legislation.

The Ohio General Assembly has recently committed over $180 million dollars to combat the opioid epidemic in Ohio, focusing on prevention, treatment, rehabilitation and the workforce. Wiggam’s bill is an additional step toward preventing Ohio’s most vulnerable from falling victim to addiction.

The Drug Trafficking Deterrence Act now awaits assignment to a House committee where it will receive further consideration.