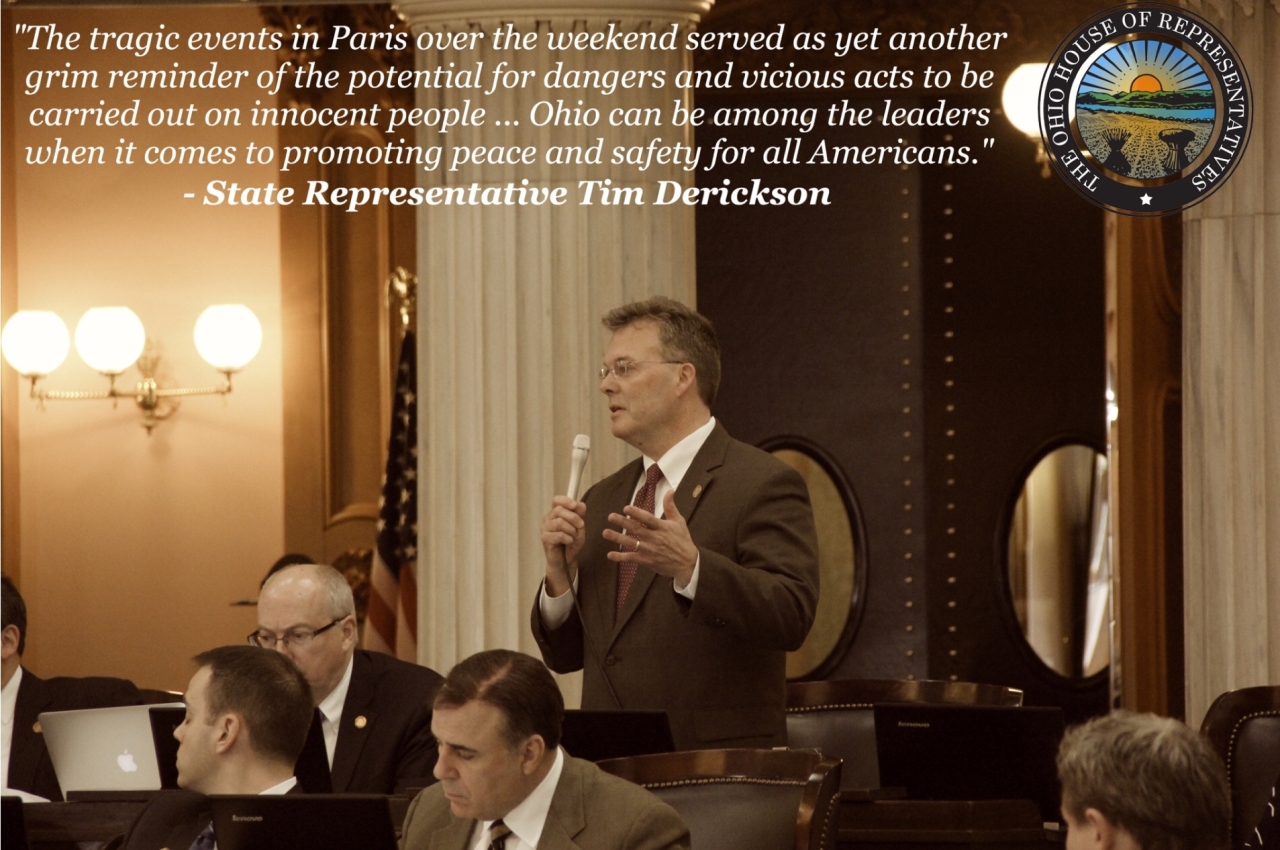 COLUMBUS—During today’s session, the Ohio House of Representatives passed House Concurrent Resolution 31, which urges President Obama to halt the settlement of Syrian refugees in Ohio and The United States.

“I was pleased to see my colleagues in the House stand beside me to pass a measure that I think is very important for our national security interests. The tragic events in Paris over the weekend served as yet another grim reminder of the potential for dangers and vicious acts to be carried out on innocent people. For the safety of our families, neighbors and friends, I believe it is imperative that public leaders come together and take the necessary steps to prevent acts of terror from occurring here at home. Several states are taking similar stands, and Ohio can be among the leaders when it comes to promoting peace and safety for all Americans. That is what today’s passage of HCR 31 was all about.”