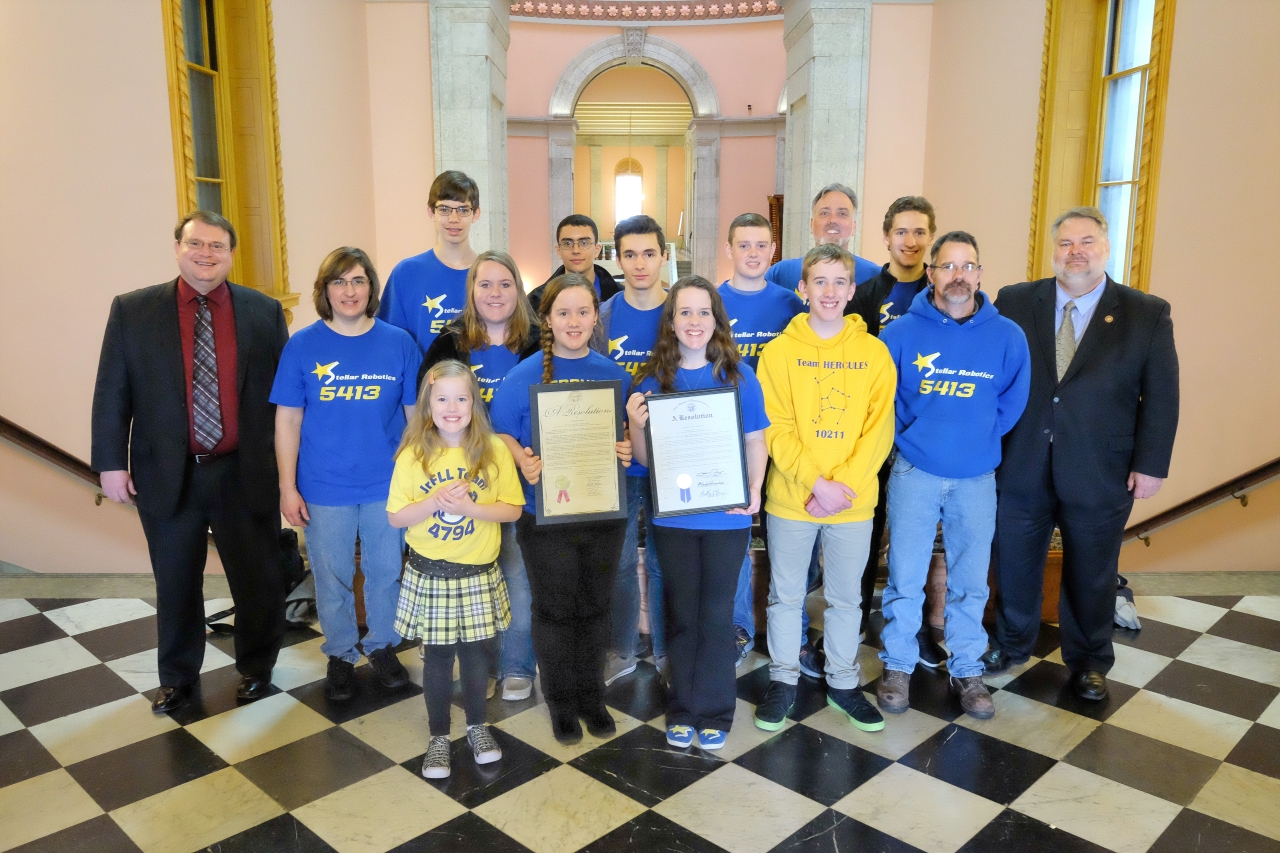 “This is quite an achievement for a program in its rookie season,” said Rep. Romanchuk. “The students and mentors are to be commended for their dedication and effort. I really believe the sky is the limit for this team and wish them well in their future competitions.”

Since 1989, FIRST’s mission has been to inspire young people to develop an interest in science and technology. It also focuses on fostering well round aptitudes like self-confidence, communication in leadership.

“It’s great to see so many bright, hard-working students focused on science and engineering,” Obhof said. “I’m proud of these students and their advisers, and they are great representatives of the 22nd District.”

The Stellar Robotics Team has garnered the support of more than two dozen area companies, along with winning two other competitions and earning the distinction as the highest ranked rookie team in the nation. The team is competing in Cleveland in March and in Cincinnati in April.