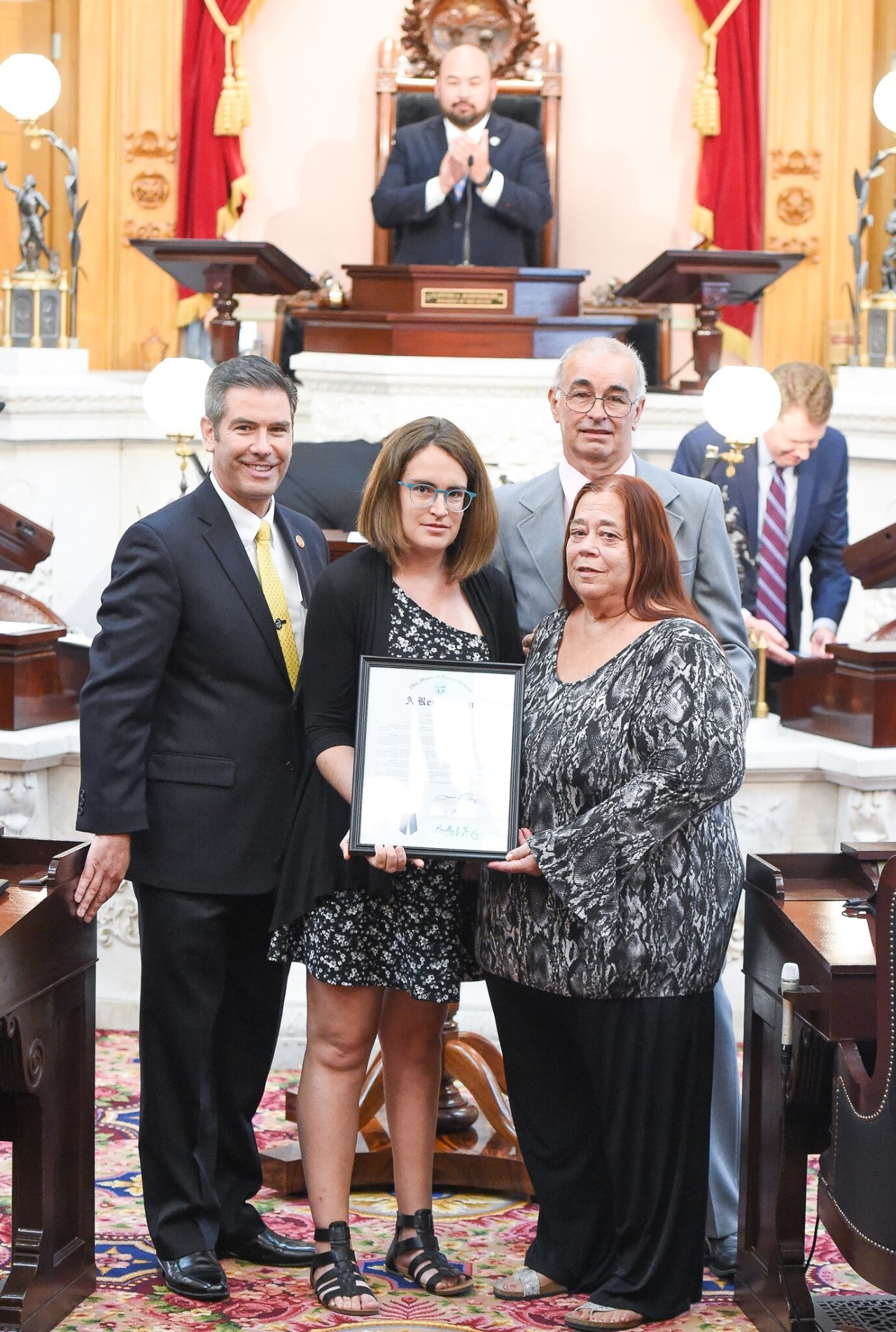 “Krystal has shown her love for cycling through hard work and determination,” said Riedel. “She is an impressive athlete who lets nothing stand in her way. She has shown strength and has set a standard that all Ohioans can strive towards. I am proud she represented the 82nd House District in the 2017 Special Olympics Summer Games.”

There are currently over 26,000 athletes who participate in Special Olympics Ohio, with an estimated 10 percent advancing to Ohio’s annual State Summer Games.

Riedel presented a resolution to Albright during today’s Ohio House session with her parents, Kevin and Nancy Albright, by her side.