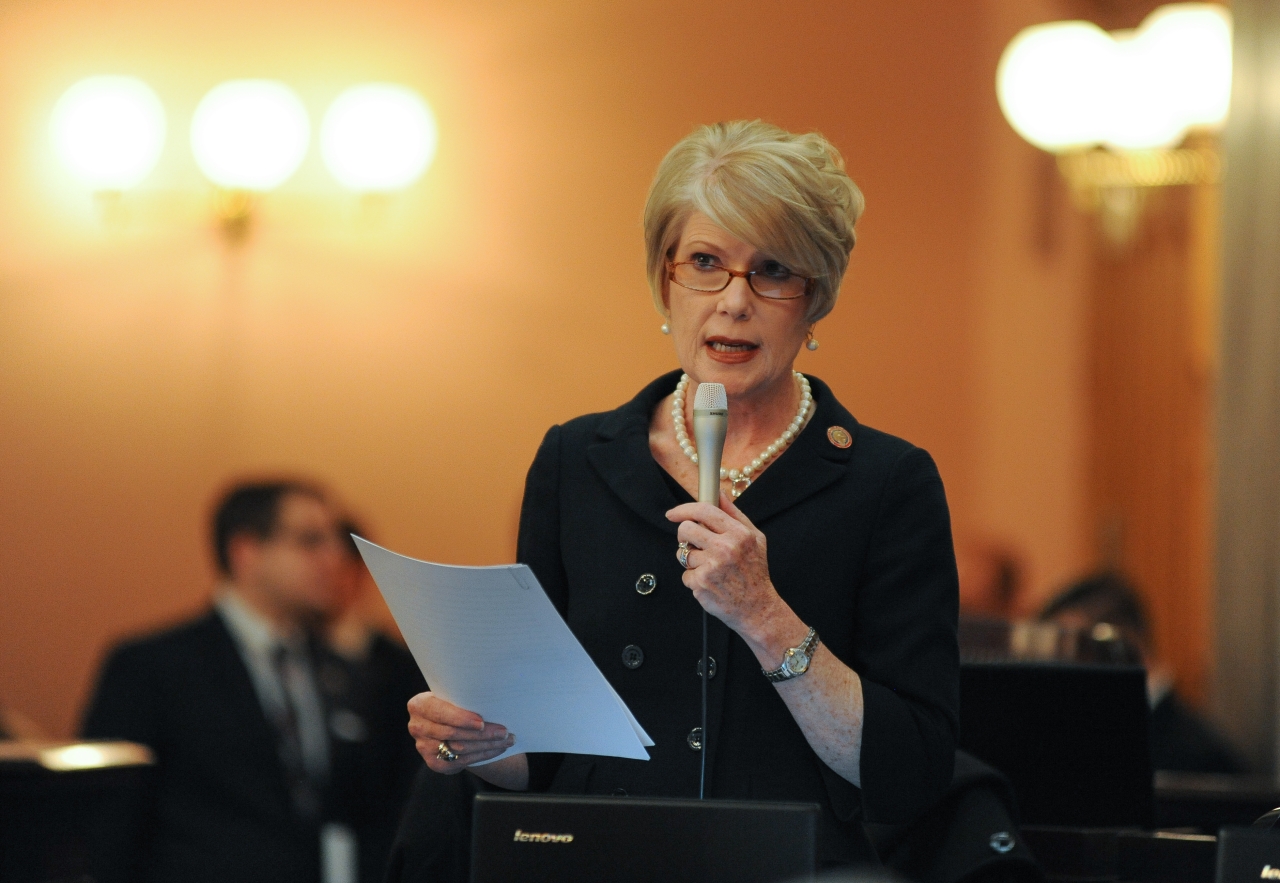 State Representative Dorothy Pelanda (R-Marysville) today introduced House Bill 591, legislation that will eliminate the need to hold special elections in Ohio if there is only one candidate appearing on the ballot to fill a vacancy in a party nomination for Congress. This will apply only when there is one person that has filed a valid declaration of candidacy or no person has filed a valid declaration of candidacy.

“The legislation introduced today will change Ohio law to avoid this problem in the future,” Rep. Pelanda stated. “This is a common sense and needed solution to save Ohio’s taxpayers the unnecessary expense of funding these elections. I look forward to the bill going through the legislative process in the near future and I am grateful for the support of my colleagues, especially those that reside in the 8th Congressional District where this issue originated.”

Pelanda has worked closely with Ohio Secretary of State Jon Husted’s office on drafting this legislation. Husted has voiced support for the legislation citing the lengthy amount of time elections officials must dedicate in the months leading up to, and following, a special election. Additionally, the special elections process is funded by taxpayer dollars, making an uncontested race a superfluous expense to Ohioans.

The need for HB 591 has been brought to Rep. Pelanda’s attention given a situation in southwest Ohio where the residents of the 8th Congressional District are set to participate in a special election on Sept. 13th to decide the Democrat nominee to fill a recent vacancy on the ballot. Only one candidate will appear on that ballot, however, making that special election merely a rubber stamp for the candidate’s approval.

It is estimated that the Sept. 13th special election will cost taxpayers $500,000, a steep price tag for a result that only requires a single vote to make it official.

Springfield, represented by State Representative Kyle Koehler (R-Springfield), is one of the larger cities encompassed in the 8th Congressional District and is home of  the single candidate appearing on the ballot, Steven Fought.

"I came to Columbus in 2015 promising to fight for common sense and fiscal responsibility in state government,” said Rep. Koehler. “Costly special elections with one candidate on the ballot constitute wasteful government spending and it must be targeted and eliminated. I am glad to join Representative Pelanda as a co-sponsor on this bill to make common sense changes called for by Secretary of State Jon Husted."

State Representative Wes Retherford (R-Hamilton), who represents a portion of the 8th Congressional District at the state level, says while elections officials do a good job administering elections, this special election in particular is an encumbrance to the Board of Elections while they are trying to prepare for a presidential election in less than 80 days.

“Adding the additional financial and administrative burden of a special election with only one candidate is an unnecessary added expense to the Boards of Elections and taxpayers,” Retherford said. “Voters should always have their choice, but when only one candidate files to run in a special primary there should be a statutory route to declaring them the nominee and not adding to the Boards’ limited budgets.”

“House Bill 591 will eliminate this burden on our diligent Boards of Elections across the state and will ensure that each voter has the ability to make their voice heard without wasting taxpayers' money on a primary election comprising of a single unopposed candidate,” said State Representative Bill Dean (R-Xenia), who also represents a portion of the 8th Congressional District. “My constituents in northeastern Clark County deserve the same fiscal responsibility from their government that they maintain in their homes and private businesses.”

“I am honored to stand with Representative Pelanda in support of this legislation,” said Huffman. “It is imperative that taxpayers are not burdened with the added expense of a special election when none is needed. I am confident this legislation will do just that.”

House Bill 591 now awaits referral to an Ohio House committee where it will receive further consideration.