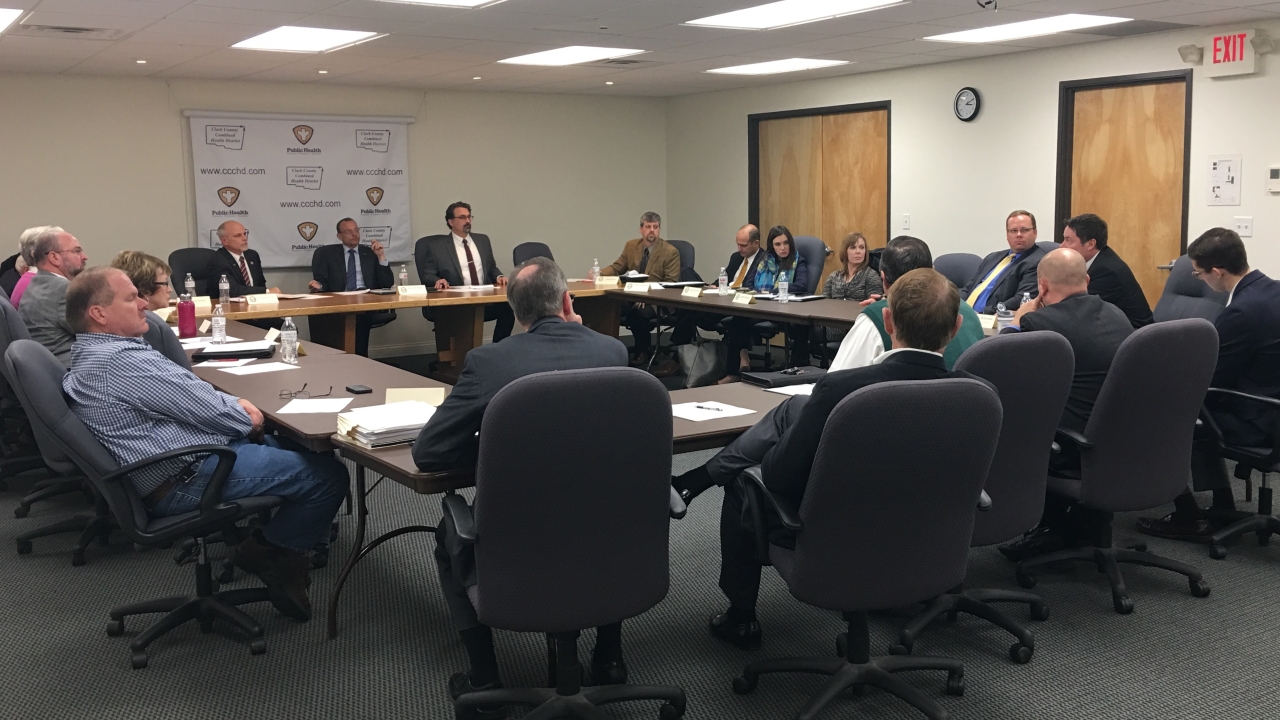 SPRINGFIELD—State Representative Kyle Koehler (R-Springfield) attended a meeting with Clark County officials and stakeholders regarding the cleanup of the Tremont City Barrel Fill.

The meeting, held yesterday at the Clark County Combined Health District, also included other legislators, Ohio EPA Director Craig Butler and other staffers from the EPA.

“I appreciate Director Butler and Ohio EPA staff for taking their time to come hear directly from those in the community about our concerns with the Tremont City Barrel Fill,” Koehler said. “This meeting was a step in the direction towards cleanup.”

The cleanup of the facility that contains about 1.5 million gallons of industrial waste has been a priority for local officials and residents for the past couple years, and it has garnered attention from the US Environmental Protection Agency. Yesterday’s meeting continued the discussion of how best to remove the industrial waste and protecting drinking water in a cost-efficient manner.